A Year of Saying No 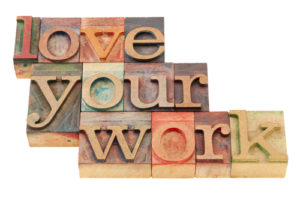 At the end of 2017, I made a career decision: I no longer wanted to do theatre sound design jobs that were creatively unfulfilling.

For years I’ve been working theatre and opera sound design jobs around other sound work because the work that came my way was often last-minute and frequently not well-paid. I regularly felt worn-out from over-working. I had also noticed that by filling up my schedule, to feel like I was still part of the industry, I was limiting my opportunities to apply for better-paid, more creative jobs. I wanted to move up the career ladder. To do this, I needed to make a change.

So I made a list of what I wanted from a theatre or opera sound design job and set this as my criteria for accepting an offer. It was a pretty straight-forward list: decent fee, exciting script/concept, opportunities for creative sound design and not just a “dog bark, doorbell” show, within timescales that fit with my schedule and ideally something that would mean a step up (not across or down) the career ladder.

I knew this would cut out a lot of the smaller-scale work that came my way, particularly with regards to the fee, but as I had other means of generating income, I knew this wouldn’t be too difficult. The challenge would be fighting against the urge to take creatively unfulfilling jobs that wouldn’t add anything to my CV so I could still “feel” like a theatre sound designer. But I’d made my list, and I believed that creating space in my schedule would open me up to the kind of opportunities I wanted.

The result? I haven’t had a theatre or opera sound design job this year so far.

At the start of this year, I felt pretty confident with my choice. A couple of sound design opportunities came along that I wasn’t able to do because of scheduling conflicts, but neither of them provided much creative stimulus, and I didn’t feel conflicted about turning them down. Then along came a job I really wanted to do, with a great script and intriguing concept. The interview went well – but they needed more availability than they had initially indicated, and I didn’t get it.

I didn’t know it at the time, but this set a precedent for the rest of the year. Every so often an opportunity came up that excited me, the interview with the director would go well, and ultimately I wouldn’t get it because of a specific requirement. One director eventually decided that they wanted someone who could compose and arrange as well as sound design, which counted me out. Another revealed in the interview that they wanted the sound designer to be present during all rehearsals, which were outside of London, but didn’t have any budget to get me there. In between, there were jobs that I turned down because they didn’t meet my criteria.

So what have I learned? Despite what motivational memes might lead us to believe, sometimes taking a leap of faith doesn’t have the hoped-for result. At least, not in the short-term. Having a solid backup plan is also a good idea. If I hadn’t had other work streams that I could rely on for income, I wouldn’t have been able to say no to many of these opportunities.

And while I say I didn’t get quite the result I wanted, I have got a different result. Not having theatre sound work freed me up to work on audio drama and audiobook sound design, and building a portfolio in this area has led to unexpected opportunities. I am currently designing and mixing three audio dramas and a series of audiobooks for well-known production companies, and it’s an area of sound design work that I very much enjoy.

I’m passionate about theatre sound design, and it’s been demoralising not to be able to get the work I think I should be getting after I’ve made room for those opportunities. It’s made me seriously doubt my skills and ability. Despite this, I am going to continue with saying no to work that doesn’t fulfill my criteria. Because as much as I’ve hated not doing sound design for theatre, I hated being ground down by unfulfilling, low-paid sound design jobs even more.