A Chance to Build Each Other Up 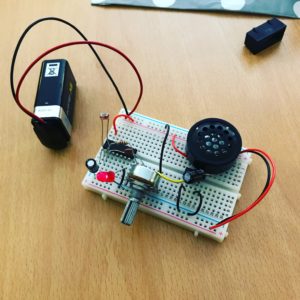 On March 25 I had the pleasure of attending the Yorkshire Sound Women Networks meetup at Yorkshire Dance in Leeds.

The Yorkshire Sound Women Networks were founded in Huddersfield on July 14, 2015, with the aim of bringing women together to “share knowledge and skills in music and sound technology, sonic arts, production, and audio electronics.” They describe their “glorious mission” as “to inspire and enable more women and girls to explore sound and music technology.”

Since 2015 they have seen the network expanded to encompass regional groups in Sheffield, Hebden Bridge/Todmorden, York, Oxford and as far afield as Malta. As well as regular member meetups, the network offers workshops in synthesis, Ableton Live, Arduino, live coding, production sound and sound design.

March 25 was the first joint meetup for all groups, and the first time the network has offered a full day of workshops, talks, and performances. The day was open to all women who were interested in attending, from within the Yorkshire region and beyond.

Sharing knowledge was one of the key themes of the day – the programme handed to me as I registered included the statement “Today is our chance to build each other up by sharing ourselves, our knowledge, our resources, our networks.”

I appreciated that these resources and knowledge included talks on more administrative and educational topics, as well as electronics and music. Andie Brown’s practical and informative presentation focussed on finance management for the self-employed, while Michelle Myrie’s talk provided insight into her experience of changing lives through music through her work with NEET young people – young people “not in education, employment or training.” It was clear that YWSN had thought carefully about what topics would be pertinent and valuable to the attendees, who included students and women who were interested in electronic music and sound, as well as professional performers, musicians, and educators.

Collaboration was also a welcome theme. In the section of the day dedicated to showcasing work from YWSN’s regional groups, it was exciting to see how musicians and sound artists were inspired by each other’s work, which resulted in unusual and unexpected collaborations. The Hebden Bridge/Todmorden group spoke about a sound walk they’d designed which incorporated location sound recording and electronic sound art. The Huddersfield group performed live (their first live performance as a group), using a mixture of synthesizers, vocal manipulations, and found instruments. 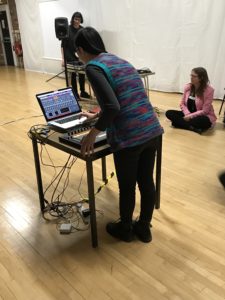 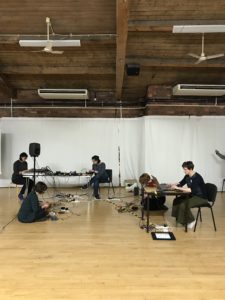 The highlights of the day for me were an immersive electronic music performance from University of Huddersfield student Ching Wu, and Vicky Clarke’s hands-on DIY electronics workshop, where we had the chance to breadboard a noise maker. As someone who hasn’t fiddled with electrical components since sound school, it was a fun and somewhat challenging reminder that there’s more to sound-making than sitting behind a console or computer in a studio.

Finally, it was immensely encouraging to see lots of young women in attendance – from Ching’s performance using Ableton Live, to the Malta Sound Women Network’s report on their work and events (delivered by video). It was clear to me that providing this kind of supportive spaces and communities where collaboration and experimentation (both successes and failures) are encouraged is not only a good thing, it is vital to the continuation and growth of women working in music and sound.

To slightly paraphrase the quote from Laurie Spiegel, printed in the programme information for the day): Bravo to the Yorkshire Sound Women Network. I can’t wait to hear what you’ll create next.

Special thanks to Liz Dobson from YSWN for inviting me to attend the day.

Kirsty Gillmore: A sound designer, engineer and voice artist, Kirsty blogs about Sound Design for Theatre and Film, in particular how to do it on a budget. She shares lessons learned throughout her career.