When Does It Stop? 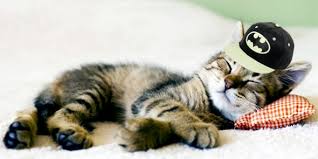 Since the beginning of my career I have committed to myself entirely to tirelessly working to build my reputation, build my resume, and build my networking. It’s been about five years or so now since the beginning. In some ways it’s flown by, and in others it’s been a lifetime. I have taken moments of my time the last few months to really contemplate my next career steps. And now it is Thanksgiving season, where I try to write out everything I’ve done this year and what I’ve accomplished to keep my perspective. So during my meditation and reflection I came up with the following question: When does it stop? When do I stop taking every single job that comes into my lap? When do I stop taking the kicks when I’m down? When do I stop working 70+ hours a week at assorted jobs? Does it ever stop?

As I’ve mentioned in one of my recent posts, I’m tired. Really tired. I’ve been on the grind for five years and it has gotten me so far. I’m proud of where I’m at most days. I make decent money having a lot of fun and doing what I love. But as each month passes, I find my tolerance level dropping a notch. A musician in one of my bands has a real micromanaging issue. I mean it’s really bad, you guys. He’s come up during the middle of a set and started mixing front of house. Literally pushed his instrument to the side and put his fingers on my board. The other week we had a sub trumpeter and instead of introducing me to him and having me work on his monitors for him, the micromanaging musician pushed me out of the way in the middle of a conversation to go to the trumpeter’s mix and put in random amounts of every single fader, regardless of what was actually going in it. I should’ve given it to him right there. I tell you this because I used to let this roll off my back. It’s just him. I don’t have it in me to be so disrespected with a smile on my face anymore. Is it worth it?

In another recent post I wrote, I speak on another job I took. The more I dig into the position, the more I understand the attitude of the guy before me. I came in thinking, “Wow this guy is cranky as heck.” And now I get it. As many sound people may know, regular folk have a lot of opinions on what you do and how it sounds. I have never gotten so many conflicting requests at any job ever. It’s impossible to make everyone happy, but I’ve been wondering if it’s possible to make anyone happy at this place. I am the agent of change, and as such, am the most disliked individual in the building. I come in to rip everything out and start fresh. Well, people like things to stay the same and that is not what I was hired to do.

So when do we decide enough is enough? When do you step down?

Every one of my jobs has incredible, amazing parts to it. Parts I’m not sure I’m ready to live without, which only makes this harder. In the aforementioned band, I love the music and most of the band members. At the new job, I love the fresh start. Is the money worth it to struggle? Is it worth the disrespect for the experience? When does it stop? Does it ever?

I’m not sure I have an answer, so I hope you haven’t read this far in search of one. I couldn’t do what I do if I didn’t love it. None of us can really do what we do if we didn’t love it. This field is brutal, and being a woman (and a young one at that) only makes it more so. There are days when I feel like quitting. There are days when I feel like taking on 5 more projects. As I’m typing this diary-style blog I begin to question if I’m just being whiny. I’d put money down that a lot of women probably have those self-doubting moments where we try to justify a reason to not feel this way.

Don’t you think you should be done, too?

I was originally going to end my piece what that last question. It felt done, I had gotten the feelings off my chest, I was relieved if nothing else. But, then I decided that perhaps I should add a few of my next steps so that you readers out there think I’ve abandoned the field and became a hermit here in the Midwest.

I’m still here. I’m not giving up. I’m not quitting, it’s not in my nature.

Instead, I will strive to be less of a doormat. I will expect more from my colleagues (I can’t be the only one who works this hard and cares this much.) I’m trying my hardest to shave off hours at certain jobs, especially the lower-paying ones. I’m going to try my hardest to share the band with another trusted engineer so that I don’t have to be subjected to such disrespect as much. I love the band and the music, but we all need to draw a line and swear we won’t cross it. I think that I’ve sacrificed a lot for the sake of my career, and I will continue to do so as necessary, but it’s time to appreciate the right here and right now. I’ve lived the last 5 years 2 years in the future. I’m always thinking and planning and preparing.

There’s a lot going on right here and right now.

Don’t ever stop striving for the best and for the future, but don’t put on blinders and accept anything and everything. Don’t wake up one day with no photos in the photo album. Wake up every day trying to add another photo on your amazing journey in this amazing field. 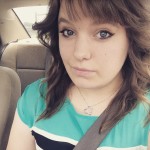 Samantha Potter: Samantha is an IT Media Supervisor and Audio Engineer for the largest Methodist Church in the US and a Production Manager for Funk Syndicate located in Kansas City. Working closely with IT, Producers, Coordinators, and Musicians, Samantha oversees audio and other media technology while mentoring and training women in STEM fields. Additionally, Samantha is the Chapter Head of the SoundGirls KC Chapter.

About Samantha: A lover of coffee and R&B music, Samantha is a classically trained musician with a particular interest in technology. While getting her professional career started in studio work, the calling of Live Sound and Event Production was too great to ignore. She can be found with a mug of coffee, a pair of converse, and listening to Jazmine Sullivan during load-in.