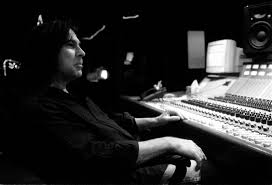 Learn the step by step process of what it took to create the studio from digging 12 ft down to install copper ground to the hundreds of wires crimped. Meet Bruce Robb and SG Member Leticia Castaneda. Leticia will be sharing her experiences of having to learn on her own and the meticulous design process of the studio. Leticia will have a 24 track 2 inch reel ready to go and you will have a chance to mix it on the Trident console.

Cherokee Studios has become synonymous with the highest quality in music, recording, audio production, and recording equipment for the past 39 years. Among the many accolades, Cherokee is rated #3 on the “Top Tens” list for Greatest Recording Studios of All Time; credited in The Beatles’ producer Sir George Martin’s autobiography as the best studio in America; and has been honored with well over 300 gold and platinum album credits.

What started as a small studio in a barn on a Chatsworth ranch by a 1960’s rock band known as “The Robbs” evolved in to a music and entertainment brand that has been associated with Hollywood’s biggest stars, every major record label and motion picture studio, and the most influential creatives and executives in the industry.

We will get together to have lunch and talk after the tour.  SoundGirls.Org thanks Bruce and Leticia for opening their doors to us.

RSVP to Karrie at soundgirls.org@gmail.com