There’s More Than One Way to Peel an Orange

A week of experiences

At the end of July the sound and broadcast department welcomed Omani staff from other technical departments for a week of experiencing some our specific skills and processes.

Table shows examples of a small portion of our regularly used microphone selection.

Led by Bruno Silva for sound and Maxwell White for broadcast the aim of the week was to give an exciting over-view of some of the varied techniques that we are required to use throughout the season. Hands on training combined with foundation level theory will be recognised at the end of the month with a certificate of achievement.

Day 1 kicked off with an introduction to the infrastructure of the building. From the comms room to the amp room, back down to the control room, front of house mix position and speaker positions.

As a department we then took it in turns to give a brief overview of our microphone collection, including radio mics and the Digico SD9 when used as a monitor desk. We agreed that it was important to include as much information about equipment that we regularly use and is often seen by other department members. For example, the stage department often comes into contact with our Crown PCC 160 microphones downstage for many of the opera’s that we record.

After a tea break the project for the day was introduced. The visiting staff were to help set and record a piano concert. The following areas would be reproduced as per a regular performance at ROHM: 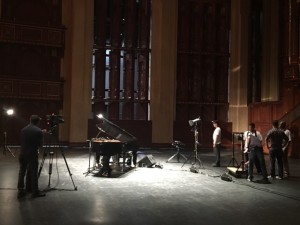 The recordings would then be edited in subsequent days in the manner that would normally be required for the archive of a performance.

Feedback from the event was very positive and really helped cement the environment of enthusiasm and passion of the job between departments.

Although a huge array of skills were covered through the week, it was impossible to cover all areas that the department deals with. One constant throughout the season is recording performances in order to archive. This is a brief description of how we select microphones for recording via the Midas Pro 2 onto the DN9696 hard disk recorder.

We make an archive recording of every performance. This could be a ballet, Arabic music concert, an outdoor event as well as Opera. Over the five seasons that the Opera house has been open a number of techniques have been tried and tested. The joy of working with an International team is that everyone brings their own experiences and ideas to the table. As a department, we are keen on a minimal number of microphones onstage during nonamplified performances. It would be easy for an audience member (or sometimes a performer) to mistake a microphone used solely for recording purposes as extra amplification. In a concert hall that is as audibly refined as ours, that would be a great travesty.

With this in mind, we have developed a system of mic’ing an orchestra in the pit for Operas and ballets that can be quickly and easily rigged and then added to when necessary. The patch sheet below shows examples of mics that we used for the opera ‘Lucia di Lammermoor’ last season. 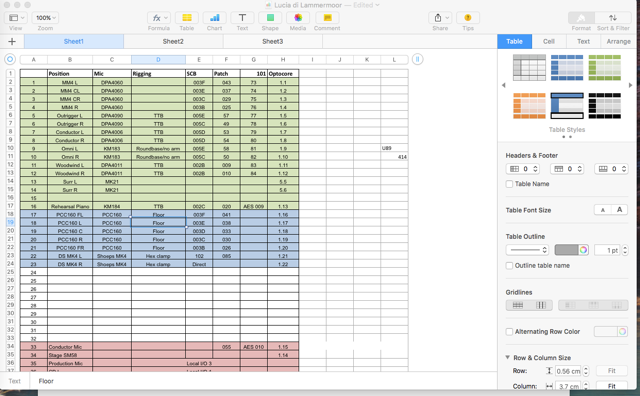 As well as mic’ing the orchestra, you will also see we have a small and select number of microphones onstage. In this case, the staging was very much downstage and our trusty Crown PCC 160’s covered most of the vocals. Two Schoeps MK4’s, rigged from the tormentors covered any mid-stage action. 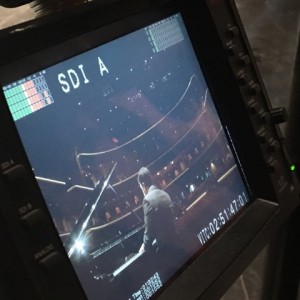 As I mentioned before, in concert mode the placement of microphones away from the view of the audience is just as crucial. When we have a singer performing alongside an orchestra we often use our Schoeps on table stands downstage. We vary the capsules we use (either MK4’s or MK21’s) depending on the style of performer. In addition, we also own a Neumann USM 69i. We rig this from bridge two which is front of house, above the first few rows of seating, depending on the format of the staging of that particular performance. By using fishing wire, we can get the perfect placement. Although fiddly when we started using this method, the team is now super-efficient at getting it spot on!

By the time of my next blog, the long awaited season 6 will have commenced. Of course our previous experiences will inform the way in which we approach new productions but it is important to bear in mind that there is always more than one way of mic’ing an orchestra, or a singer, or a drum kit! May we continue to be open to ideas and new ways of thinking. 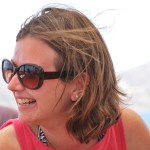