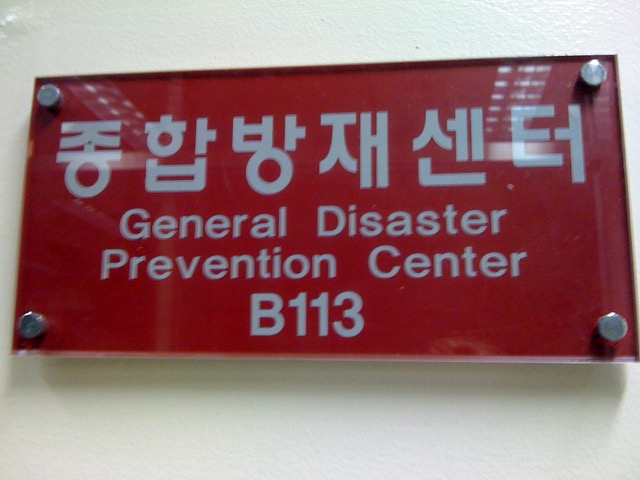 Touring with full production in first world countries is, let’s face it, easy street. Like a family of hi-tech snails, you carry your home and everything you need; and beyond power and rigging points, you don’t need a whole lot from the local production/promoter. Even when you’re not carrying all your gear, picking up what you need locally in the western world is usually straightforward as long as you’ve advanced it all properly, especially in countries where we all speak the same first language.

But what happens when you start to travel further afield, to countries where the language, culture and wealth-status is very different? Touring in far-flung places is fabulous – you get to see parts of the world you might never have even considered visiting. You get to experience different cultures, meet people of all nationalities (and realise we’re all the same), taste wonderful and unusual foods, explore cities where you can’t read the roadsigns, see natural beauty and temples and monuments that you didn’t even know existed, and step far, far outside your comfort zone and grow as a person more than you knew was possible.

You’ll probably also get frustrated, feel out of your depth, and feel like you’re being stared at a lot, especially if you’re a woman working on a gig.

You know what? It’s all really good for you, both as a human and as an engineer.

My first world tour was 13 years ago, and I’ve wound up somewhere unusual every year since then. Some tours have been big enough that we’ve carried everything except racks and stacks (PA, wedges and amps), and others I’ve carried little more than a multimeter and sense of humour – both of which are VITAL! I’ve picked up plenty of tricks and tips along the way to make life easier, which I hope you’ll find useful the next time you find yourself on a long-haul flight to somewhere you never dreamed you’d find yourself!

– Speak very plainly. When you start to write your spec, remember that English is not these people’s first language – keep it simple. Lose any slang, colloquialisms and unnecessary words in specs, emails and conversation. It avoids confusion and means you’re more likely to get what you need with the minimum of fuss.

– Make plain in your specs, things which would be taken for granted back home. For example, I offer a couple of alternatives for acceptable IEM systems, then add ‘all EITHER x or y please, no mixtures’. Likewise amps and crossovers – I once walked on stage to find the wedges I had asked for, but all sounding completely different from each other. I asked my babysitter to show me the amps, which were buried under the stage, and sure enough, amongst a horrible snakepit of cable there were several different sorts of amps and crossovers. I certainly improved my chops that day! To things like mic stands, I add the words ‘clean and in good working order’. This extends to production world too – things like toilet roll are not a given in some countries. Assume nothing and put it all on the rider!

– When advancing, don’t take a reply of ‘yes, everything is fine’ as confirmation that everything is indeed fine. Many cultures around the world are very concerned with ‘losing face’, and want to be seen as stepping up to the mark in their dealings with you. Unfortunately this often means that they will agree to everything on paper, and wait till you’re on site to tell you that this bit of kit was broken or that piece of gear is not available in their country. Ask them to list exactly what they have. You might be lucky and you might not, but better to know and have the conversation about substitutes and contingencies now, than when it’s 10 hours till showtime.

On a side note to this, always communicate respectfully, both because you’re a nice human, and because the ‘face’ thing can’t be overstated – if you make certain cultures feel disrespected, you’ll make life very hard for yourself indeed.

– Invest in a good quality multi-meter if you don’t have one already, and take it everywhere. It’s good practice to meter the power before you plug in wherever you are, but it can quite literally be life or death in less developed countries. I’ve come across readings which could have killed someone had I blithely carried on without noticing. Local gear will often already be rigged and powered up – find an outlet and meter it anyway. If it’s not what it should be, don’t go any further till you get it sorted.

– Make friends with the interpreter! If you’re very lucky you might have a member of audio crew who speaks good English, or a technical translator, but the likelihood is you’ll have a dedicated interpreter who doesn’t have any technical knowledge. Nonetheless they are going to be a big help, so learn their name and keep technical questions that need translating as simple as possible.

– Have a stash of wipes and a paintbrush for cleaning your gear and the desk. In a lot of places you’ll be faced with gear that hasn’t been well-maintained and sometimes is downright filthy – and there are few things grosser than a stinky vocal mic!

– The food in some countries is fantastic, but that doesn’t mean all crew catering will be great. Some days it will rock your world, others days it really won’t. Having a supply of nuts or muesli bars is a good idea for those days. Likewise, it’s smart to carry a kit of basic medicines for common ailments – something I’ve done ever since trying to explain a UTI via sign language to a pharmacist in Russia!

– Be sensitive to where you are. In very poor countries, the local crew might not be earning 1/100th of what you are each day – I’m not kidding. Understand that they don’t have the same experience or opportunities as you; be kind, patient and if they seem interested in what you’re doing, take the opportunity to share some of what you know. There are often keen members of the local audio company who are eager to learn from you, and if you can teach them something that helps them, however simple, they’ll never forget you.

– There aren’t many women doing what we do in a lot of the world, and staring is not considered rude in many cultures. This adds up to the fact that, as a lady roadie, people are going to be curious about you and you’re going to get looked at. 99% of the time it’s completely innocent and they’ve just never seen a woman do what you’re doing, so try to ignore it. (It goes without saying that if it gets creepy, you don’t stand for it – trust your instincts.) There’s also less concept of personal space in some countries, and having people close behind me when I’m trying to mix the show is a personal pet hate of mine. I deal with it by either creating a physical barrier, such as a cable trunk behind me as a ‘table’; or if that doesn’t get the message through, I’ll smile and say, ‘I’m sorry, could you give me some more space please?’ Again, the culprits are usually just trying to learn what you’re doing – I’ve known people take photos of channel EQs!

– Pack your sense of humour. On one memorable stadium show, the stage was deemed unsafe by our production manager and we all had to walk away whilst it was put right. An hour later we returned to find a large dead chicken, several garlands of flowers, and a lot of incense centre stage – and for once the incense wasn’t mine. When we asked the locals what was going on, they cheerfully explained that they had made an offering to the gods responsible, and the stage would now be fine. Needless to say, we went back to the dressing rooms for a little while longer!

Touring further afield is exciting, daunting, and a wonderful experience. It’s a privilege that most people can only dream of – to travel the world with a bunch of buddies and get paid for it. Some days amazing things will happen, some days things will go horribly wrong. But you’ll truly live life to the full – and if you ask me, that’s what this whole rock and roll business is all about! 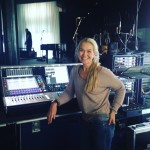