The Mental Game of Unemployment 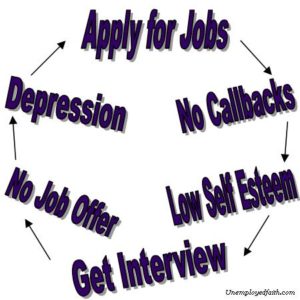 Years ago, I got burned by some friends who hired me to work for them then fired me months later out of the blue. It was the most surprising and crushing experience of my career. There’s been plenty of times I’ve had people say they’d hire me then didn’t (that’s normal). I’ve been turned down for work by friends before and that’s ok, too (it’s part of the business). This was different because I was working and completely confident in my job. I had dropped most of my other clients and gigs to work for them, too. When I was fired, I reached out to everyone I used to work for, but it was too late. I had already been replaced, or they didn’t need anyone.

Being unemployed is a mental game. You’d think it’d be time to relax and enjoy some freedom, but it’s totally the opposite. I felt rejected. I questioned my skill and ability. I felt silly for not having a backup plan. I had seen friends, and colleagues go through periods of unemployment but thought I was immune to it because I was a hard worker and always found something else.  I realized my whole career I had a false belief, “You can achieve anything you want if you work hard enough.” I think women hear this message a lot: “You can do it all.” For the first time, I was trying really hard, and it didn’t get me anywhere.

I hit a tipping point when I finally had to admit: “I can’t do it all, and I can’t make it happen.” Something about saying that lifted a huge weight. It was then ok to share how scary it was to be out of work and how much I doubted myself after being fired. I was so humbled by the generosity of friends and connections. One friend went so far as to get me an interview with someone she met a couple of days before.

It took a couple of months, but I started getting calls for work again and eventually got a couple of job offers. My chops came back quickly, but something was different about it. Since I wasn’t trying to “make things happen” all the time I was more relaxed. I don’t know what changed, but I could work faster, more efficiently, and communicate better. I felt more appreciation for every opportunity I was given.

At the time, one of the things I was most bummed about was one of the projects I didn’t get to work on with my friends. It was a major tv show with big names and a lot of buzz around it. I thought I lost a once-in-a-career opportunity. A year later, that show had poor ratings and got canceled after it’s first season. Meanwhile, one small gig I landed while I was unemployed went on to win a Golden Globe. I had no idea I was working on something that would be significant while I was doing it.

I haven’t talked to my former friends since getting fired, and it doesn’t matter. The experience made me realize how much I value honesty, transparency, and openness in any relationship. There’s politics in business, and sometimes decisions have to be made that hurt people you care for. How someone chooses to handle it is the true sign of their character.

Before my unemployment, I would have said success was a measure of what I worked on. I wanted to work on great projects, win awards for my work, and have a reputation for being a “great” mixer. What I’ve since realized is all those things are subjective. Success doesn’t have to be based on what other people think of you or your work. It definitely doesn’t have to be other people judging you for what you work on (or don’t work on). Today, I view success as a reflection of character. It’s something you can “make happen” every day.