The Importance of Good Production Sound

from a post-production perspective 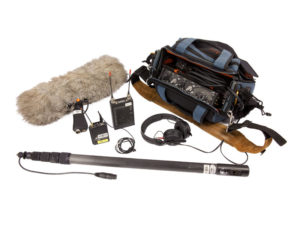 In a tv show or movie, dialog is the core of the mix. Music, sound effects, and Foley add interest and excitement, but it all fundamentally works around dialog. Dialog is typically how we learn the characters’ names, their relationship to the other characters, and what challenges each character faces. We learn what the story is about and watch that story develop through dialog.

You could argue dialog is the most crucial element of film and tv sound. You can remove sound fx or music from a movie, and you’ll still have a playable movie (maybe not the most interesting movie – but you can watch it). It you remove the dialog track, it would be a tech problem – not a movie.

Poor dialog quality (or mix) can be the difference between the success and failure of a film, too. If you can’t understand what anyone is saying, how long would it be before you watch something else?

Even though dialog is clearly significant, you’d be amazed how many projects have poor (or very poor) production sound. I know the problem isn’t the sound people being hired. I can often tell just by listening to mics whether they had a sound mixer/boom op or not. The problem is the projects that didn’t hire the sound crew necessary to do the job right. The problem is the gear needed for the job that production didn’t want to pay to rent.

The basics of production microphones

To capture dialog, there’s two primary types of mics you’ll see in a professional setting: boom and lavalier mics. Here’s how they are ideally used:

Lavalier mic (or lavs). This is a small mic placed on the body. In an ideal situation, everyone with a speaking line will wear their own lav mic.

Boom mic (sometimes called a shotgun mic) or hypercardioid mic. These mics are highly directional (picking up whatever it is pointed at and rejecting sounds coming to the sides of the mic). With proper placement (by a boom operator), these mics do an amazing job at capturing the body of the voice, articulation, and ambience in a way that sounds natural and balanced.

Production sound mixers aren’t limited to these microphones. Many get creative to capture the sound they’re looking for (and remain hidden from cameras). That’s one of the fun parts of the job.

If a project has poor production sound, there’s a number of consequences for post-production:

Time/budget is taken away from other areas of post-production sound. It’s more time fixing problems and less time enhancing or doing creative work.

When there’s only one lav covering multiple people (or a boom covering on-mic and off-mic characters at once), it takes a lot more time and detail work for a re-recording mixer to balance. One person will sound close/present and loud, and the other will sound off-mic/distant and softer. The way to make the two sound alike is to take the person who sounds good and make them sound crappier to match.

When lav mics are placed poorly, there can be lots of weird body resonances that take time and work to EQ. There might not be any high end in the mic to bring out. If there’s any sort of cloth rubbing on the mic, clothes noise, or jewelry, it takes time to decrackle and denoise, and there’s no guarantee it will fully come out with processing.

When someone without sound experience is placing mics and setting levels, it can lead to extra work in post-production to correct issues such as low gain, hiss, and distortion. Booms that are placed too close are often sibilant and need extra de-essing work. A re-recording mixer could spend hours correcting something that would have been a couple seconds adjustment on set by a sound person who knew what to listen for.

When camera mic (a boom attached to a camera or a built-in microphone) is used, the mic is usually much too far away from the source. It takes a lot of work (de-noise, de-verb, etc.) and the end result is usually still poor quality sound. Camera mics often don’t sound professional, and that’s why a lot of professionals in post-production pass on projects with only camera mic.

Noisy locations means noise reduction which means extra time needed for an editor and mixer. If the noise is inconsistent (like wind on a mic), it can also be a challenge for a picture editor also who might be hearing the noise come and go in their edit. Some location noise is unavoidable, but that’s where having an experienced sound mixer and boom op can attempt to minimize the problem.

Needing ADR. The cost of an ADR studio and engineer, bringing in actors, etc. can get pricy very quickly. The #1 note I’ve heard in ADR sessions (from directors, producers, and actors) is the actor’s performance in the studio doesn’t match what they did on set. It feels stale or forced, or it just doesn’t match the feel or intensity. It’s a challenge even for some major stars. Then, you get to the challenges of matching ADR (sound-wise). Some actors are amazing with ADR (and there are engineers who do a brilliant job matching sounds from on set) but what if the whole ordeal could have been avoided?

The reality of production sound

As a re-recording mixer (and sound supervisor), I get approached with a variety of projects (from amateur to indie to professional). If it’s something I’m potentially interested in, I ask for a sound sample. I ask what mics were used on set. It’s sad to turn down projects because of poor production audio when it looks great, has an interesting story, and has great people behind it. These projects clearly put time and effort into lighting, cinematography, and capturing beautiful shots. If you close your eyes, you would think it was a home video captured from across the room.

I empathize with filmmakers, and I see how these choices can happen. Even some professional filmmakers pay out of pocket and borrow equipment and ask for favors to get their passion projects made. The majority of films made today don’t have the financial support of a studio. We’re in an era where Kickstarter is the financial backing for a short or indie film. Directors produce their own films then pay even more money to be considered for film festivals. It could be a year or more before a film is even considered for a distribution deal. There’s a lot of risk and never a guarantee of a return.

Poor audio quality (and especially dialog quality) affects a film’s ability to get into film festivals, get distribution deals, and the ability to be broadcast. At the end of the day, that’s why production sound is worth the investment. Why mess around with the most crucial element of film and tv sound?