The “Game” of Finding Work in Los Angeles 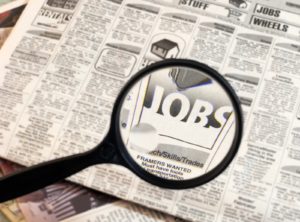 When I moved to Los Angeles, I knew three people including a friend from home named Dustin. My first night in town I went for dinner with him and a few of his friends. One asked the waiter about something on the menu. The waiter replied, “Well, as long as I’ve been here – which is five years now – this has been the most popular item on the menu. But the only reason I’ve been here five years is because I’m still trying to get my screenplay published.”  The waiter then took our order like nothing had happened.

After he left, I asked if the waiter’s comment struck anyone as odd. “Nah,” Dustin said, “you get used to it after a while. Everyone wants to be doing something else in this town.” His friend shared a story about a colleague who recently landed a job. The colleague was at Starbucks venting about how she couldn’t find work. The guy at the next table overheard her and said he needed to hire someone to do exactly what she was talking about. They exchanged information and she was hired a few days later.

Since I didn’t move to LA with a job, my first couple months were spent taking “meetings” (aka lunch, coffee, or a drink) with “connections” (aka friends of friends or people I met through an ad on Craigslist). I tried the regular job channels like applying to job listings or sending my resume to studios but got no response. It was so bizarre that all of this was the reality of starting a career. It felt more like a game making friends using code words versus job seeking.

Instead of seeking work I started seeking information. I wanted to know how others got their start or what their career paths were like. How did they get interviews or job offers? What could I do to find more opportunities? What path should I be taking? It was those questions that lead to more meetings and more connections and eventually to work and more opportunities. The more I got to know people the more they offered to help.

I also met up with a college friend (one of the three I knew when I moved out). She worked at a post-production studio. She said the studio received at least 30 resumes a week and if they have an opening (even for receptionist) the owner would give an interview to someone an employee knew over a no-name resume from the pile. She showed me the cabinet full of resumes – all people who never got an interview.

I got a great piece of advice during one of those first meetings: “It’ll take six months just to make the connections to start looking for work in Los Angeles.” Once you start seeing the web of connections and how it works you realize opportunity could be anywhere – even from a stranger at Starbucks or a friend from college. The hard part is getting used to selling yourself in unexpected situations. There’s a balance, though, in knowing when it’s appropriate to talk about your skills or work. The waiter, for example, may have been too forward bringing up his screenplay while he was working another job. It takes some practice but if you’re comfortable sharing about yourself (and knowing how much or when to share) a stranger can turn into a connection or even lead to a great job. 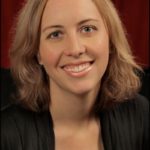 Time for a Change
Some Great Gear