The Financial Case for Increasing Diversity in Live Audio 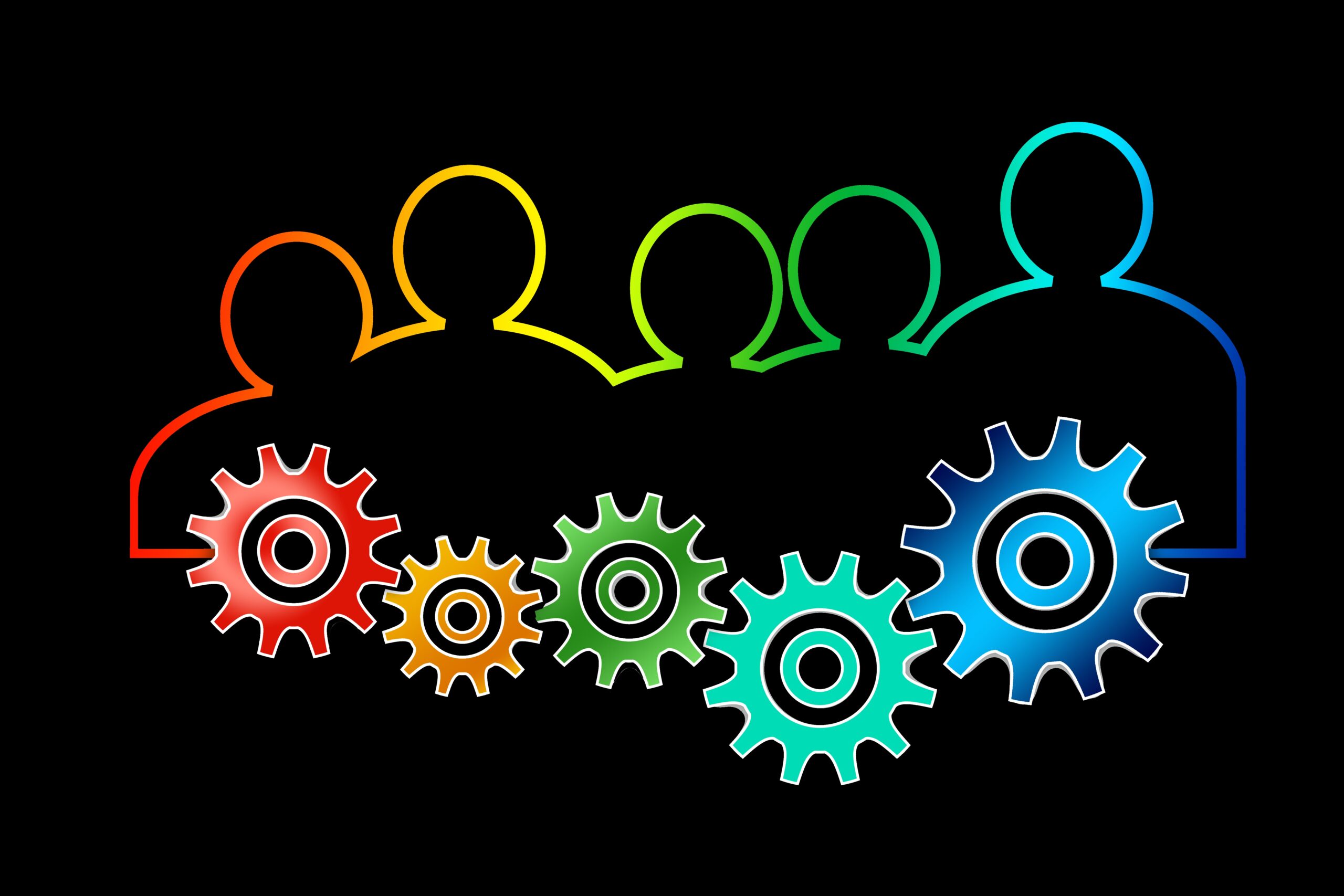 Increasing diversity in the workforce can be a divisive topic. As I covered in my last blog How to Find the Best Candidate for the Job, often the general consensus is simply that the best candidate should get the job, and a common response to discussions about diversity is that hiring someone because they are from an underrepresented group is unfair.

According to research, “if people believe that racism is no longer an issue in modern society, they also perceive affirmative action as unfair and hold negative attitudes towards affirmative action and organisations that endorse affirmative action, presumably because affirmative action is no longer deemed necessary” (1). Opposition to policies that enforce an increase in diversity, like quotas, is strongly linked to a false belief that society is purely meritocratic. For example, “a survey among Flemish politicians demonstrated that even a decade after gender quotas had been implemented in the political system, many men were still strongly opposed to them. This opposition was partly due to different explanations of the underrepresentation of women in politics. While most women stated that they felt women got fewer chances in politics, most men disagreed with this statement. In line with meritocratic beliefs, men believed that women were under-represented in politics because they didn’t fight hard enough for their positions, while the majority of women did not agree with this statement.”

Classing people according to identity politics makes me uneasy too. There is more to someone than their gender, colour of their skin, class, or sexuality. Unfortunately, there is population-level systemic discrimination throughout our society (2), including live audio, and pretending it doesn’t exist doesn’t make it go away. Affirmative action seeks to acknowledge the barriers people may have faced before they reach the candidate shortlist, issues that may prevent them from getting the job and reasons they may not stay in the role or even the industry. As long as people’s lives are affected by these things, we need to talk about them. Luckily, although foisting diversity initiatives upon people usually results in push back and rarely helps matters, voluntarily and consciously looking to employ and encourage people from underrepresented groups does improve diversity (3).

Employers might not be interested in reaching out to minorities in their field solely because it’s the right thing to do, but there is a growing body of evidence that it affects their bottom line: profit. Most of the research I could find on workplace diversity focuses on gender (and even then, it is almost entirely in binary terms of men and women), I imagine because it is a relatively easy metric to keep track of and quantify, but the principles remain the same for other factors like race, economic background, sexuality and age. Here is an outline of why employers should want to seek out diverse candidates, according to science:

Increased diversity is good for business

I want to get one thing clear right from the outset: increasing diversity is not an act of charity. It’s a smart business investment. “Diversity is associated with increased sales revenue, more customers, greater market share, and greater relative profits” (4). A 2005 study by consultancy firm McKinsey (5) found that worldwide, companies in the top quartile for gender diversity within their executive team were 15% more likely to have higher than average financial returns, for racial diversity it was 35%. The opposite was true for the least diverse quartiles, showing that they were significantly worse off rather than simply unaffected. Far from needing to let your business take a hit in order to do the right thing, increasing diversity is correlated with increased profits, even after taking the cost of inclusion measures into account.

The main theories believed to be factored in this positive relationship are increasing the talent pool, improving decision making, increasing employee satisfaction and strengthening customer orientation (5). These all sound a bit “corporate” and not directly related to an industry as idiosyncratic as live audio, but they really are. We like to think we’re a special breed, so why wouldn’t we want to attract the best of the best? If you’re only hiring people who are like you, whether consciously or not, you’re missing out on a huge pool of talent. If someone just doesn’t feel that women are suited to audio, for example, they’re halving the number of potential candidates right from the off. Making your hiring practises as wide-reaching and open as possible maximises the probability that you’ll find your next star engineer.

Improving decision-making is perhaps the most widely cited reason for diversity increasing performance (e.g. 6). Think of it this way; would you go to see a heist film where the motley crew of jewel thieves was exclusively made up of eight lock pickers? Not even a getaway driver? It’d be a pretty short movie if they didn’t have a surveillance expert to scope the bank out in the first place. The whole point is that each person brings a different and complementary set of skills to the job. The very definition of motley is something made up of different and seemingly incongruent parts. A workforce made up of as many different people, not just measured by gender or race but nearly any metric, will increase their combined knowledge pool and maximise innovation. Why do you think investors are obsessed with finding the next disruptor business which will completely change their sectors, like Netflix or Airbnb? Approaching things differently gives you a major competitive edge and can result in huge profits. Teams made up of different backgrounds are also more flexible and better at problem-solving. They are more likely to focus on the facts, challenge each other’s views and process information more carefully than homogenous teams, who are more likely to be complacent and rely on shared biases to make decisions (7). Troubleshooting and coming up with alternative solutions to technical problems quickly is the lifeblood of live audio, why wouldn’t we put the best combination of people together to do that?

Increasing employee satisfaction might not be as much of a priority in an industry that relies heavily on freelancers, but the principle is still a good one. Everyone knows teamwork is essential on any gig, and camaraderie can get you through the toughest of challenges. On the other hand, even the easiest job is unbearable if it’s crewed by grumpy sound techs. This atmosphere also gets noticed by the artists and management. Freelancers become the face of the audio company while on-site, so it makes good business sense to present that face as happy and engaged.

It is important to note that employee morale only improves if teams are diverse enough. The McKinsey study states that “For minority workers, for example, the boost in satisfaction kicks in when representation exceeds 15 percent of the workforce. Where diversity recruitment is a token effort, psychological outcomes are poorer.” It is not enough to hire one homosexual woman of colour and pat yourself on the back because you’ve ticked a bunch of diversity boxes off the list in one go. As someone who is often the only woman on a team, my experience is that it can sometimes feel particularly isolating, and raising issues that no one else cares about can single you out as a troublemaker. It is less exhausting and risky to your career to conform to everyone else’s behaviour than to try to bring about any meaningful change when you’re the only “different” person. The study also found that gender representation in the US had no effect on profits until women made up 22% of an executive team, after which there was a linear increase in profits in line with increased representation. Other research suggests that increasing diversity can in fact lead to increased confrontation within teams, at least in the short term (4), but that confrontation can result in decreased bias (8) and increased productivity (4, 8) overall. If teams are varied and open enough to foster an atmosphere of honesty and debate, everyone can learn from each other’s differences and improve as a result.

Lastly, it strengthens customer orientation. Drawing on knowledge from a broad range of backgrounds will help to anticipate clients’ needs better and avoid any potential cultural faux pas. It is a natural human tendency to prefer people who are like ourselves (ingroup favouritism, (5)), so while trying to overcome that bias within the team, it could be an advantage in connecting with the client. Assigning an entire crew to match the identity of the client would be taking it too far, becoming its own form of segregation and decreasing diversity in the workplace. However, the client interacting with a range of people maximises the chances of finding someone to connect with and fosters good feeling, especially in very close and personal roles like monitors. If the audio crew has plenty of experience of dealing with people who are different to them, they can also handle cultural barriers more diplomatically than people with little experience.

Far from being a costly and miserable exercise in political correctness, diverse workforces increase profits, improve workflow, foster innovation, raise employee morale and strengthen customer relations. What’s more, the company benefits from the kudos that comes with being seen to be “doing the right thing” for equality. It can be tough to justify anything outside of the essentials of a business in the current economic climate, but when it comes to increasing diversity the old cliche really rings true: it isn’t whether you can afford to, it’s whether you can afford not to. 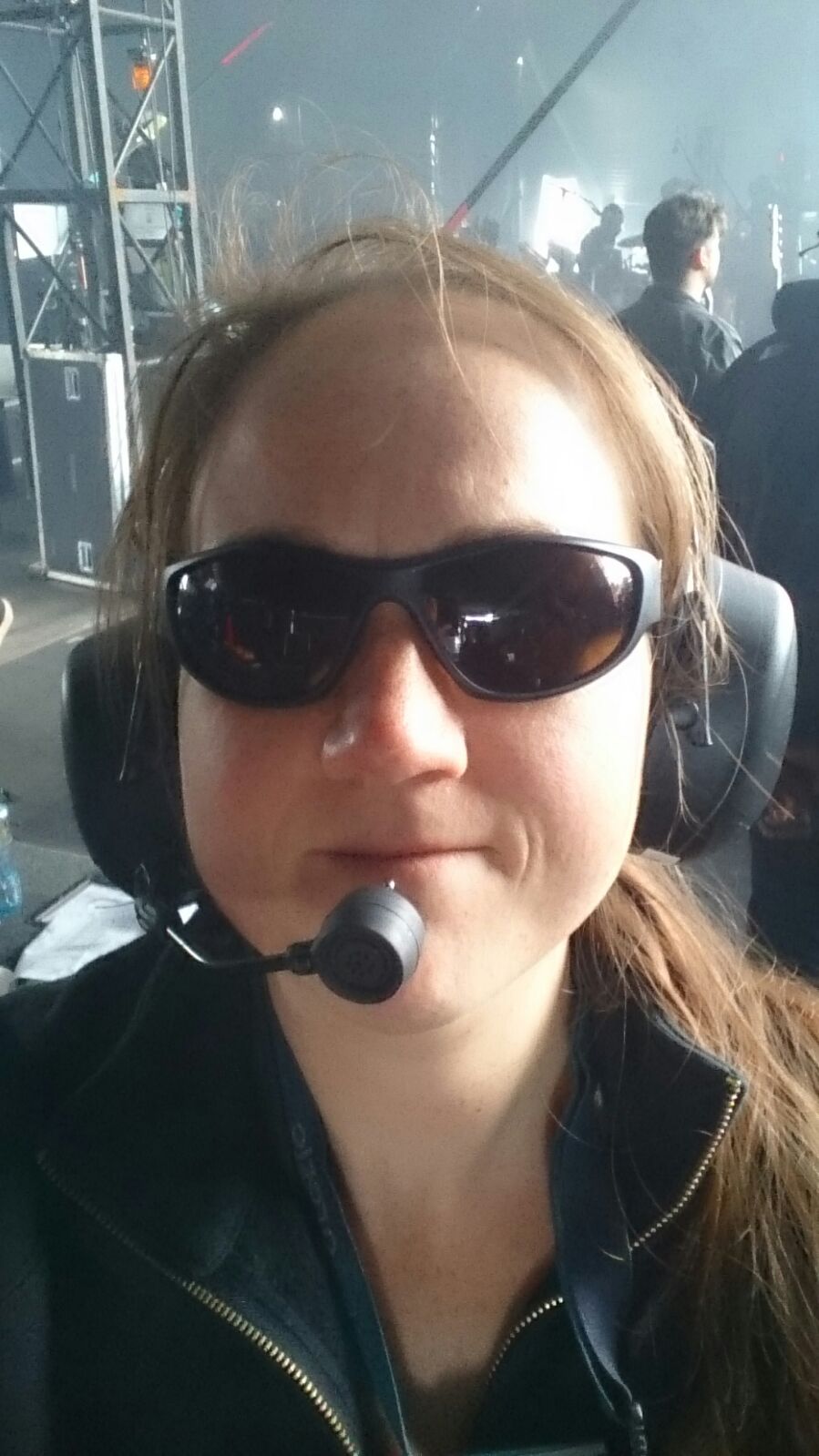 Read Beth O’Leary's Blog
Browse All SoundGirls Contributors
X
We use cookies on our website to give you the most relevant experience by remembering your preferences and repeat visits. By clicking “Accept All”, you consent to the use of ALL the cookies. However, you may visit "Cookie Settings" to provide a controlled consent.
Cookie SettingsAccept All
Manage consent