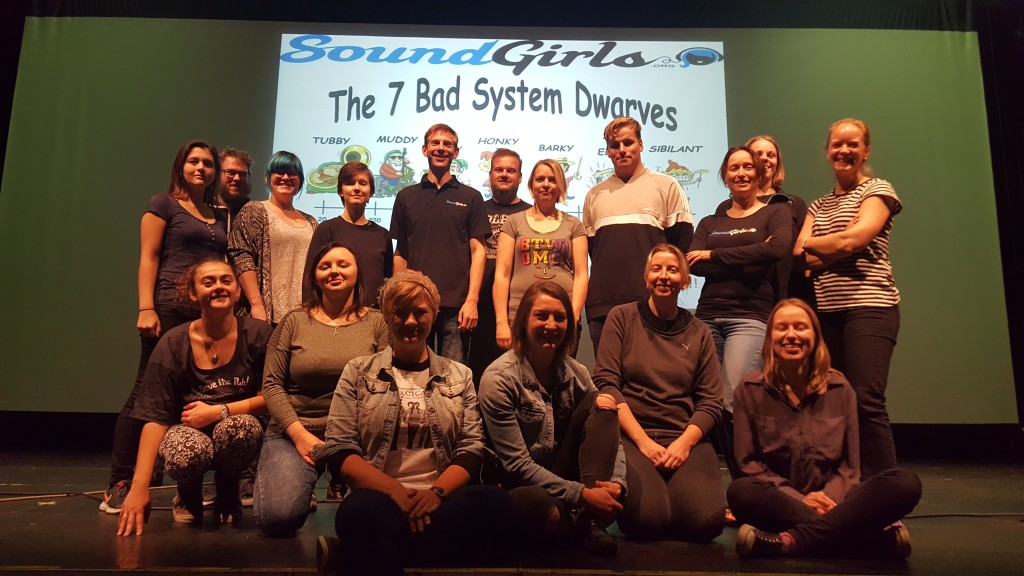 In September, SoundGirls.Org hosted a workshop on Sound System Optimization that took place in Copenhagen, Denmark. The workshop was organized by SoundGirls Representatives Malle Kaas and Petra Randewijk and featured instructors Theis Romme and Rasmus Rosenberg. The workshop was held at Amager Bio and made use of their L’Acoustics Kudo System. 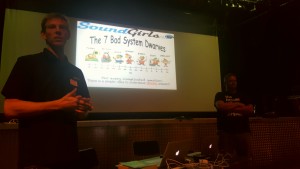 Both instructors are industry veterans and brought a wealth of knowledge and experience to the workshop. Theis Romme is a project manager at Victory Tour Production and System Engineer for ‘Volbeat’. Rasmus Rosenberg is a freelance engineer and an instructor at several institutes in System Design and Optimization, he is also a Super-User of Smaart and a Beta tester for Smaart v7 and v8.

Using analyzing methods to optimize a sound system isn’t a new idea. It started out in 1978 with engineers ‘Dr Don’ Pearson and Dan Healy, that toured with the Grateful Dead. They would utilize a Bruel & Kjaer 2032 Audio analyzer to optimize the PA of the day.They were posting their results in different articles and this led to a cooperation with companies like Meyer Sound and Rational Acoustics, who would go on to develop measuring methods that would later result in software applications like SIM3 and Smaart.

Rasmus hoped that the workshop would be driven by those attending, he was not let down. Stating that “The participants were well prepared and attentive. We hoped the class would be driven by the participants, their questions, curiosity and desire for new knowledge, and we got all what we hoped for”.  Theis and Rasmus designed the workshop and drew from several sources. Meyer Sound, Rational Acoustics, industry training sessions, power point presentations, and the unique drive rack they designed, built and use for system optimization.

This gave the participants a understanding of the workflow of a system tech, and the measurement platforms, role and function in that context. Rasmus says that “ by reviewing a “typical” day workflow and focused on the four different phases we divide a day into, Design, Verification, Optimization, Show. By showing, the workflow, context and results of our methods, we encouraged the participants to dig even deeper into the specific knowledge of the different subjects and techniques, that we touched on”. 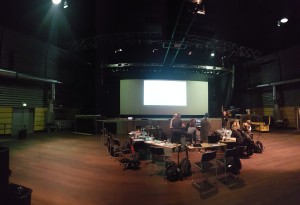 The first day, Rasmus explained the theoretical side of system measurement by introducing the group to basic terms of Smaart. Smaart was chosen, as it is the most commonly used acoustical audio analysis software. With software like Smaart it is possible to find information on room acoustics, output of the speaker system, phase, SPL, room coverage, delay times and frequency response, all useful information to optimize a sound system. ‘Theis did recommend using Smaart for monitors as well.

It is one thing to understand the theoretical aspects of audio analysis software programs, but an entirely different thing to translate that into practical use. So on day two, Theis took the group through the practical side of working with a measurement program, how to optimize a system, showed on- and off-axis measurement positions, phase alignment,etc. He also gave the group some options for system design and sets of workflow.

Theis also took ran through a couple of practical exercises, where attendees could change position of speakers or adjust spl levels of the subs, so they could get a sense of the impact such changes have positively or negatively. Theis also imparted an important lesson -Often you will have to make compromises and make difficult decisions that may sacrifice audio and acoustical quality, but this is part of being a team player in the overall production. Knowing how to optimize less than positive conditions is a skill all engineers need to have.

While the experience level of everyone attending varied, Rasmus and Theis adapted information to everyone’s level. Both Rasmus and They did a fantastic and left those attending with more than enough information to continuing learning.The most important thing they imparted to the group was confidence to start working with a measurement program and to keep learning. 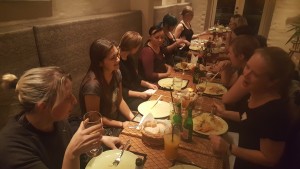 This might have been the first time so many women engineers from all over Europe were gathered in one place. We hosted a total of thirteen SoundGirls from six different countries and one SoundMan. Over the two days everyone dug into learning the complexities of tuning a system and Smaart. They also made new friendships across nationality and background. Everyone shared their experiences from their work back home.

We had members attending from Norway, Finland, Lithuania, Denmark, the Netherlands and England. While all that attended came to learn and grow as engineers – they all said that finding and meeting other women engineers was a driving factor. “To find out if I am all alone or if I have some fellow female techs” said Kristina a member attending from Norway.

When attendees were asked if they would use the information in the workplace the responses were a resounding yes. Terhi from Finland said “ time aligning a delay line has never been as easy as it was yesterday on my gig at a church”. Kristina from Norway had used it solve some low end issues, and Louise also from Norway was purchasing a new soundcard and giving measuring another go. Aiste from Lithuania says “ I work in a theater so first I will use it at my venue, and also as we are travel around with the shows I can measure the systems in all different venues. Gaining experience myself and making sure that the sound I get, coming to an unknown venue is matching the settings I am working in as much as possible”.

When asked if they would travel to attend another seminar Brigit from Denmark said “ I would definitely travel a long distance to attend a Soundgirl workshop again!” and Kristina from Norway said “Yes!Now even more willing! Both for the seminar and to hang out with the other techs”.

A big thank you to Theis Romme, Rasmus Rosenberg, Kim Kahn Technical chief at Amager Bio and Mikkel Alyd House tech at Amager Bio for doing a great job! And a big thanks to all the SoundGirls that attended.

If you couldn’t make this workshop we have asked Theis and Rasmus if they will teach this workshop again in September 2017.  Always check the website for up to date news and events. 2017 events are in the planning stages and will be posted as they are confirmed.