SoundGirls at Mix Sound for Film

Every year in the fall Mix Magazine presents a Sound For Film and TV conference.  Hosted at Sony Pictures Studios lot in Culver City, California, it is a congruence of the many different facets of film and television sound.  This year SoundGirls had a good showing, there was an energetic group of volunteers that braved the morning rain to register and greet the attendees. SoundGirls were attendees and even presenters. 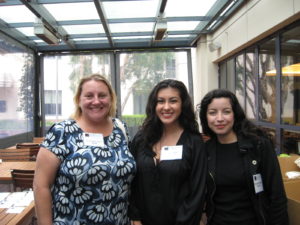 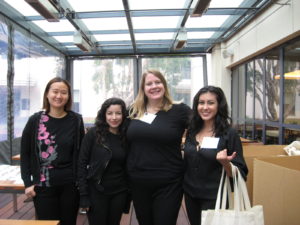 New member Kristina Morss was excited about the wide variety of panels.  She lamented that the Animation and First Man panels were at the same time, which meant she could not go to both.  Coming from a video editing background, Kristina wanted to learn more about the sound side of post-production.  She had heard of the event from the Soundworks Collection, which also records some of the panels and hosts them on their website.

I too struggled to narrow my itinerary. Beginning with the keynote Scott Gershin, who focused on the possibilities of immersive sound, I made sure to see a sampler of different sound niches.  The Parade of Carts presented by Cinema Audio Society is always a must-see for me because each Mixer’s cart is a master class in problem-solving on set. 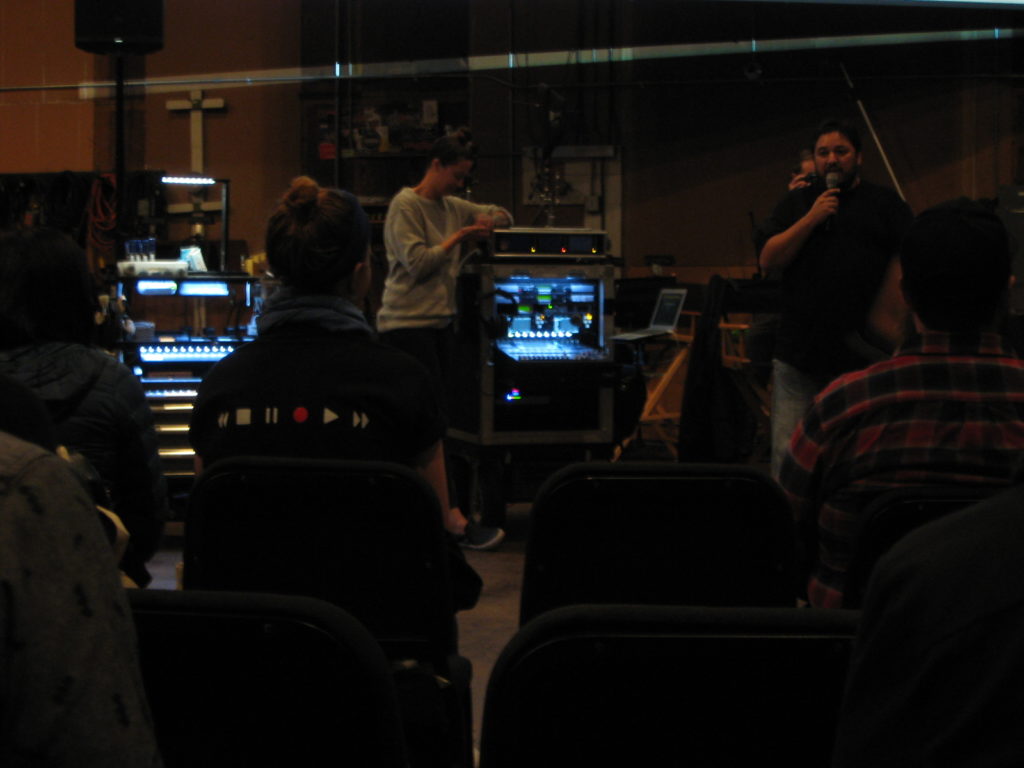 At the Animation Panel presented by Motion Picture Sound Editors panelist Eileen Horta promoted being bold, while she and the other panelists warned the differences between animation and live action.

Karol Urban moderated the Mixing Dialog: Audio Pipeline Panel, which followed the dialog process from location recording to final mix. You can listen to the panel Karol moderated here

To round off my day I attended the Future is Female Panel. This was the only panel with only women presenters, but that was not the focus of the talk. Each panelist is a respected composer in the industry, and each one presented a sample of their work and an explanation of their creative process.  Other panels that I missed included Composing for Video-games, The Sound of A Star is Born, Ambisonic Recording, and hands-on Dolby Atmos demonstrations. 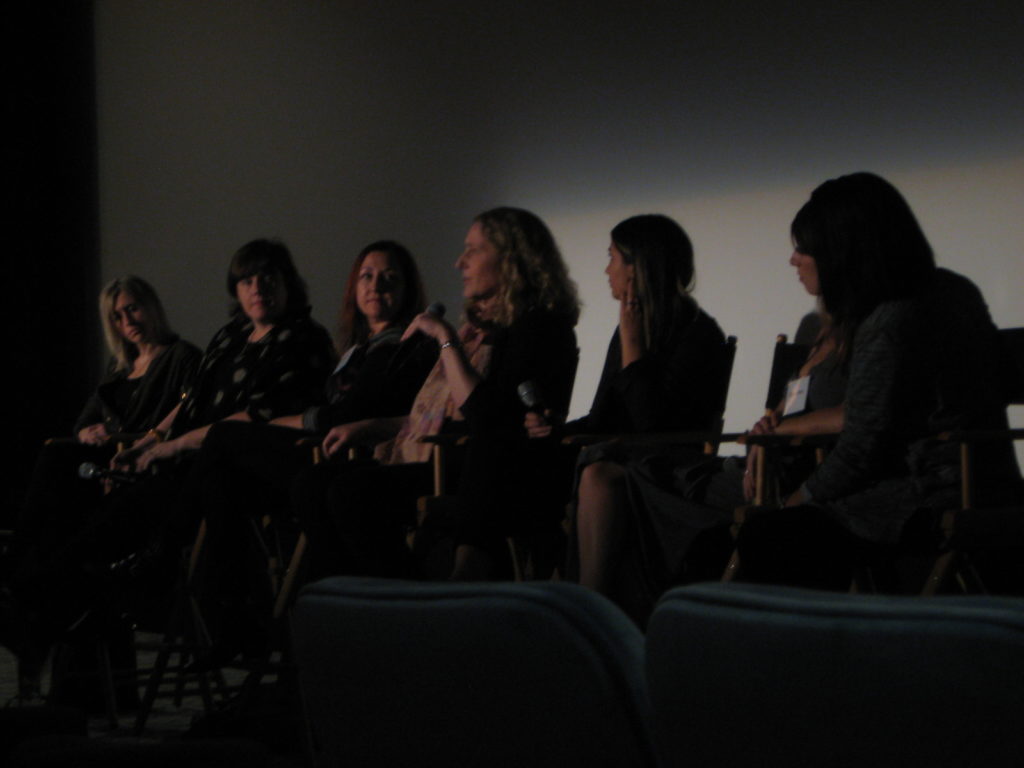 At the cocktail hour, there was finally time for networking.  Breakfast and lunch held similar opportunities but within a shorter time frame.  It was in these brief moments that I connected with another new SoundGirl Julie Keller, a former choreographer who is pursuing her new love of sound editing.  She told me about the panel on The Sound and Music of Black Panther, and how the design balanced between the cultural (African drums) and the futuristic. Afterward, I went to the local SoundGirls meeting and met even more amazing people in the industry.

This was my third time attending the Sound For Film and TV conference, and it keeps getting better.  The panels and talks are always insightful, and they cover many aspects of sound for film. I feel that there is almost not enough time to see all of the panels I was interested in, and there’s a lack of networking time.  I would also like to see more booths and vendors. Overall, however, I just want to see this event continue and grow. Let’s get more SoundGirls there next year!