At Boom Box Post, we try to take the time to meet with nearly everyone who asks: be it for an interview or a to give career advice to a young editor.  Among the most inspiring parts of interacting with those who are new to the profession are the questions they pose that cause us to look again at our job with fresh eyes (and ears!).  One of these questions which was posed to me by a recent audio school graduate was, “What should I do to prepare myself to be an editor?” 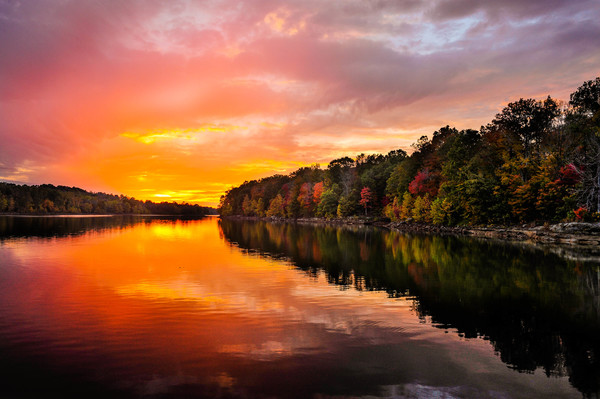 Unlike visuals of which we take constant notice, sound is often an unnoticed undercurrent in our lives. Ask yourself: when you tell a story to a friend, do you describe what you saw or what you heard?  Most likely, you focus on the visuals.  Now think about how hearing a sound from your childhood can suddenly thrust you back to the emotions from that time in your life.   Sound can be an incredibly powerful storytelling device.  Think about what emotional state the story asks of the viewer. It is our job to connect our personal sonic memories to those emotions.

To give you an example, I’d like to share one of my favorite memories from childhood: going camping on an isolated lake in northern Wisconsin with my family. I’d like to tell the first part with visual descriptions and the second with sonic descriptions.  Think about which one you find yourself connecting to more.

When I was young, we often went camping at a lake in northern Wisconsin.  My father always said, “It’s not a vacation if I see anyone else.”  So we drove for hours to part of the north woods, parked in a remote lot, and then carried our gear and canoe along a path to a little piece of beach no wider than a child’s arm span and launched out into the lake.  From there, we paddled to our campsite which was accessible only by water.

Once we had settled in, we spent most of the days by ourselves.  My father wandered off amongst the trees to take photos of butterflies, mallards, or sometimes us.  My mother took care of the camp, cooking the meals and washing dishes, and my brother and I played in the forest.  Each evening, we shared a special moment together: a canoe ride at sunset.

As the sun dipped lower in the sky and began to cast a shadow over the lake, the sound of the forest suddenly turned.  The lively birds and cicadas of the day ceased and a period of pure silence washed over us.  Our canoe scraped against the grit of the shore as we pushed it into the water, then only the sound of the tip of the bow cutting the water could be heard.  We paddled into the center of the lake to the steady beat of oars splashing into calm water, and then stopped and just sat, letting the silence envelope us.  After a while, we heard what we were waiting for:  a loon.  It skimmed across the water, letting loose its lonely cry, and we heard this solemn sound echoing off the banks and folding back on us like an origami bird.

When sound enters the equation, don’t you feel not only a better understanding of the events of the story but also an emotional connection to it?  This is what I attempt to achieve in each project.  As sound editors, it is not just our job to look at the screen, and place the sound for the action we see (door open, door close, car ignition on, gear shift), but also to think about what emotional state the story asks of the viewer.  It is our job to connect our personal sonic memories to those emotions and use them to trigger the right feeling for the audience.  For example, whenever I’m faced with a scene that asks the audience to appreciate a lonely expanse of wilderness, I add in a loon.

Now that you understand the importance of sound in storytelling and how to use it to make emotional connections for the viewer, there’s only one thing left:  start listening.  As you go about your daily life, start taking note of what you hear.  This will help you in your ability to draw on these sounds as you edit.  Think about this the next time you go for a hike, enjoy dinner downtown, attend a party with friends.

QUESTION: WHAT ARE YOUR FAVORITE SONIC MEMORIES FROM CHILDHOOD?

Mine are: the loon from my story, the sound of a foghorn coming through my window on a hot summer night, and the perfect hollow pop that a tennis ball makes as it hits a racquet.