Post-production basics: Studio jobs (and how to get one) 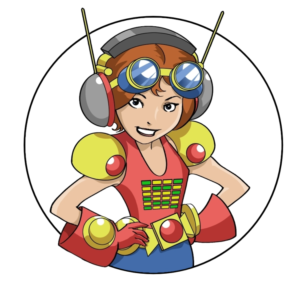 If you’re looking to build a career in post-production sound (sound for picture/television, film, and web) there’s generally two routes: working for yourself, or working for a sound facility that specializes in post-production. There’s advantages and disadvantages to both. If you don’t have a lot of experience, working for yourself could mean high competition for low budget projects with a varying level of quality. At the same time, it can be an excellent experience to do all the sound yourself, learning how to solve problems and manipulate sounds at your own pace.

The main advantages of starting out at a facility are you get to work on higher quality projects with professionals, better credits, and you have the security of having a job. You’ll get exposed to a lot, and chances are, you’ll meet a lot of experienced people in the field. The main disadvantage is it can be a lot of grunt work, long hours, and time (possibly years) before you move up into hands-on roles like engineer or re-recording mixer.

The jobs at a post-production sound facility typically include:

PA – A “production assistant” is someone who aids in daily operations. On an average day, you might be making coffee, answering phones or sitting at the front desk, stocking the kitchen with snacks, studios with supplies, running errands (picking up food, supplies, hard drives to and from clients), taking out trash. You may be one of the first ones to the studio in the morning and last to leave.  PAs don’t get to hang out in sessions much (unless it’s allowed off the clock) but there’s a lot you can learn just being around it. PAs are hired as employees. PAs may be interns who were promoted or people who applied from outside the company. PA jobs are high demand, and studios get a lot of applicants since it’s the “foot in the door” job.

Intern – Interns often do the same duties as a PA but may get more opportunities because they aren’t getting paid. An intern might get to sit in on sessions or do occasional light work (like sound editing). Interns come and go more frequently than PAs, and there is no guarantee of getting hired. I know people who waited it out in internships for over a year (without pay!) before moving into a paid PA position. Unfortunately, some studios abuse the intern status, so it’s important to ask questions to make sure it’s not just a PA job without pay or opportunities to learn.

Assistant (also called A2, assistant engineer, or machine room operator)  – Assistants help support the technical operations of the studio. If an engineer or mixer has an issue, they call an assistant to help. Job duties might be troubleshooting computer or gear issues, setting up and testing mics, opening and splitting AAFs, prepping Protools sessions, file management/archiving, tape laybacks, quality control, and receiving/sending files to clients. The way assistants tend to move up is slowly getting opportunities at the studio – things like engineering sessions, doing sound editing, or small mixing projects (in addition to his/her normal job the rest of the time). Assistants are usually employees. If you’re an assistant, who can engineer, edit, handle your own tech support and know the day to day operations of a studio you’re genuinely an indispensable employee. An assistant could be a promoted PA or intern but may come from the outside.

Sound editor – sometimes sound editors are role specific (dialog editor, sound designer, Foley editor) or sometimes a single sound editor covers all of those roles. Sound editors can be employees or freelancers. Sound editors are increasingly expected to know how to do detailed audio repair (using software like Izotope RX). The job “assistant sound editor” doesn’t really exist but there still is a hierarchy of editors. Entry level sound editors may only do simple tasks like cutting background sound fx, edit recorded Foley, or light sound design. Lead editors get to do the heavy creative lifting. Editors can be trained and promoted from within or come from outside the company. Freelancers are expected to already have some editing experience/credits and possibly work off-site. Side note: A Music Editor (by title) is not an employee of a post-production studio. Those jobs fall more under music and with music editing companies.

Engineer – there are generally three types of engineering gigs in post-production: recording voice-over, ADR, and Foley. Some facilities have dedicated engineers, and sometimes engineering duties are part of other jobs. For example, a mixer may record VO as part of his/her mix session. Some engineers are hired freelance by the session or project and others are employees. Freelancers are expected to have engineering experience/credits already.

Re-recording mixer – this is the person responsible for taking all of the elements of a mix (VO, edited dialog, recorded/edited ADR and Foley, sound design, music) and blend them together. Mixers are at the top of the hierarchy (in terms of sound jobs and pay) but along with that comes more responsibility – including being the point person with a client, which can be stressful at times. Re-recording mixer work is increasingly becoming freelance/contract, but full-time opportunities do exist. Freelancer mixers generally are expected to already have significant experience and credits and, in some cases, bring their own clients to a facility.

Important people to know behind the scenes:

Operations manager – oversees day to day tasks and handles issues at the studio (with clients and employees). They are involved with other aspects of the business such as accounting, sales, scheduling, HR, etc. Usually, the studio owner is not the operations manager, so these two work closely together.

Scheduler – Scheduling coordinates client bookings and also books freelancers for sessions. Sometimes the scheduler is also the operations manager. It’s in a freelancer’s best interest to have a good relationship with the scheduler since he/she may have an option who to call for a session.

Sales – you probably won’t see a good salesperson at the studio all the time. It’s to your benefit to get to know the sales people, though, since they generally have a lot of relationships in the industry.

How to get a studio job

The best way to get a foot in the door is through a recommendation from a connection. Most studios do not post job listings online and will hire by word of mouth. Sometimes it doesn’t go far past employees to find a few good applicants (between friends, roommates, and colleagues looking for work). Anytime you’re contacting a studio find a way you’re connected. Do some sleuthing to find out if you know someone who works there, has worked there or is friends with someone who works there. LinkedIn and Facebook can be good for this. Always contact your connection and ask permission to use them as a recommendation. Then, when you contact the studio manager, start with: “Pat Smith at XYZ Studio recommended I contact you. I’m looking for work as…” This intro can be the difference between getting an interview and a resume put in a cabinet.

It’s important to cater your resume to the position you’re applying to. If you’re trying for a PA position, include you have a car and are willing to do errands or that you have experience in the service industry. It’s not important to know what consoles you can operate (most post-production studios are on control surfaces, anyhow). For machine room operator, definitely include skills like IT/networking, soldering, computer or electronics (especially repair).

Don’t waste time on a demo (I’ve been asked once in 15 years for one). Again, this is because quality of work isn’t always the most important factor. We don’t have control over the source material or deadline. Some gigs it is more important to work fast than it is to have pristine audio.

A studio or employer will be interested in your CV (list of credits/projects). They may check your iMDB page before meeting, so it’s important to keep up to date. I highly recommend updating iMDB yourself whenever you work on a post-production project. There’s an option for “uncredited” if your name wasn’t in the credits. If you have time, add the entire sound department. This helps out your colleagues plus it’s not as obvious you were the one who added it.

Studios get so many applicants for every job they don’t have to pick the person with the most experience. They may pick someone based on temperament, or who the recommendation came from (was it someone the manager or owner knows and trusts?) They also look for applicants who show willingness to do the job they are hired for (not expecting an immediate promotion or to be mixing as an intern).

Why you have to start at the bottom

It might seem unbalanced to start as an intern or PA when you have a degree, Protools chops or other relevant experience but what a studio is looking for goes beyond that.

Studios need people they can trust. If a studio can’t trust you to make a lunch order without errors and on time, why would they trust you with a crucial delivery of a master tape or hard drive? Confidentiality is also important at a studio because of high-profile clients or if the sound crew knows the winner of a tv show before it’s aired. Like any relationship, it takes time to build that trust.

Studios need to know the people they hire can do the work needed. A surprising number of people embellish on resumes. Even worse is when people have no idea they don’t have the proper skills or credentials for the jobs they are applying for. It takes practice to be good at any job, and a studio isn’t going to pay someone to learn on their most important client’s dime. I wouldn’t recommend applying for a job like sound editor or engineer unless you can show at least one prior job with the same title and no less than half-dozen credits. I wouldn’t apply for a re-recording mixer job without a dozen mixing credits and two years experience. You may only have one chance to get a meeting or interview, and it’s a risk to try for a job above where your experience and credits are.

Studios want employees who they feel comfortable representing the studio. Here’s how NOT to do it: At a studio, I worked at, an intern once gave his business card to a client when the mixer left the room. How do you think it looked to the client to get a card and offer to do business with someone who came in to pick up dirty plates?

There are also technical skills working in post-production that take time to learn. It takes experience to develop an eye for sync (can you tell if something is two frames out AND if it’s early or late?)

It might seem like a catch-22: How can I get work if I can’t get credits to show I can do it? That’s why the first couple years in the field is an optimal time to camp out at a studio where you can just watch and learn as much as possible. The first studio job I learned so much I felt like I was still in school! Credits and opportunities will come in time if you are patient and open-minded to learning whatever is in front of you.