Part Time Mixer… and Part-Time What? 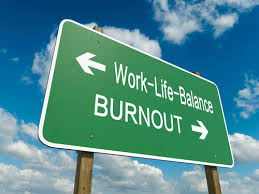 Years ago when I was a studio assistant, there was a freelance mixer who everyone at the studio loved. Vince was funny, totally calm in stressful situations, and genuinely wanted to get to know everyone. When he’d get free lunch (a perk mixers sometimes get for working through breaks), Vince would often share with his assistant, or he’d just order something, say he’d eat it later, and sneak it to us in the machine room.

On one hectic day, I was on three sessions with tech issues that all needed my attention. Assisting on those kinds of days was like working in a busy ER. “What are your symptoms? Have you taken any medicine?” you’d say while handing a prescription and heading to a more urgent patient. As always, Vince was patient and understanding as I was troubleshooting and running between mix bays.

At the end of the day, I stopped by his bay and we got to talking. We laughed as he told stories about working with people like Steven Spielberg and Christopher Lloyd. I realized I didn’t know where else he worked since he wasn’t at the studio every day. He said, “I work at a jail.” After my crazy day, I assumed he was joking and said, “I know how you feel!”

“No, I mean, really… I work at a correctional facility in downtown Los Angeles.” He could tell I was totally confused.

“After working in audio for 15 years I just got tired of it. Especially the stress. I had been volunteering at a correctional facility counseling and rehabilitating inmates. When a part-time job opened up, I took it.” I was surprised that someone with his level of audio expertise and credits would make such a drastic change. I asked, “when you’re doing something for a living, is it bound to become a job?”

“Absolutely,” He said. “But it’s the environment, too. This can be a grind when it’s only about quantity and getting it done fast. I still like working on TV and music when I can actually spend time on it.”

After our talk, I realized that perspective was how he could stay calm in hectic sessions and with difficult clients. Client has an “emergency”? He would laugh and say, “this stuff isn’t life or death… it’s television.” It’s easy to lose perspective in a busy studio environment especially if you’re friends with co-workers outside of work. It would bring us back to reality when Vince would come in with a new buzz cut that an inmate gave him (at the prison barber shop), or mention the death row inmate he met with before coming to the studio.

I learned from Vince that the issues that come up at work (and the issues our clients have) are important – but there are ways to acknowledge and accommodate our clients and colleagues without being completely self-sacrificing. Our time, energy, relationships and health are important, too. When you engage with friends, family, interests, hobbies or even jobs outside the industry it serves as perspective – a reminder that what we do for work (and some of the environments we work in) aren’t normal. Perspective keeps you grounded when you’re asked to do something like, “Can you squeeze in 20 hours this weekend after working a 60-hour week?” It also helps you see objectively when you something happens around you that isn’t right.

Perspective also helps us see our work/life balance. Burnout happens when you don’t have a good balance (or more like “all work/no life” balance). Balance changes over time – At one point in your career you may love working 14 days in a row but later you may want that part-time job outside the industry. Balance can sway the other direction, too; “all life/no work” balance can mean underemployed or consumed by something personal. Finding balance doesn’t have to be a life crisis or career crisis, and change isn’t always permanent. When things feel out of balance, it’s a sign that something needs to change – at least for a while.

Ultimately, we get to choose what balance works best for us – whether that job title is engineer/mixer or engineer/cupcake maker. Sometimes it takes mentors or people with a different balance (like Vince) to give us perspective… and to remind us why it matters. 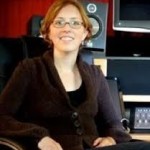 April Tucker holds both a Master’s Degree and a Bachelor’s Degree in Sound Recording, and has over 10 years experience in the field. April works primarily as a re-recording mixer and sound editor (based in Los Angeles), but also has experience as a music editor and mixer, and ADR and Foley engineer.