One Is Not Enough: Understanding Bias in the Audio Community

The studio owner skimmed my resume and nodded several times. He glanced up at me, back down at the resume, and then carefully set it back on his desk.

“Your credentials are great. The chair of the Sound Recording Department recommended you very highly, and we have a close relationship with him. So, we will hire you… We will hire you, but you won’t last. We will make sure of that.”

He paused, and I waited for an explanation.

Unfortunately, he was right: I didn’t last. I worked as hard I could imagine meticulously recording patch bay settings and outboard gear levels, setting up drum kits, moving gobos that were many times my weight, and carefully calculating my mic placements. I silently fought my way to being one of the studio’s best assistant engineers. All the while, my shifts were cut, I was offered up as entertainment to the clients and was goaded with sexual comments and sometimes worse.

After a long year of staying simply to prove the owner wrong, I quit. I had realized that by remaining there, I was succeeding only in making myself miserable.

That was my first experience in the industry. 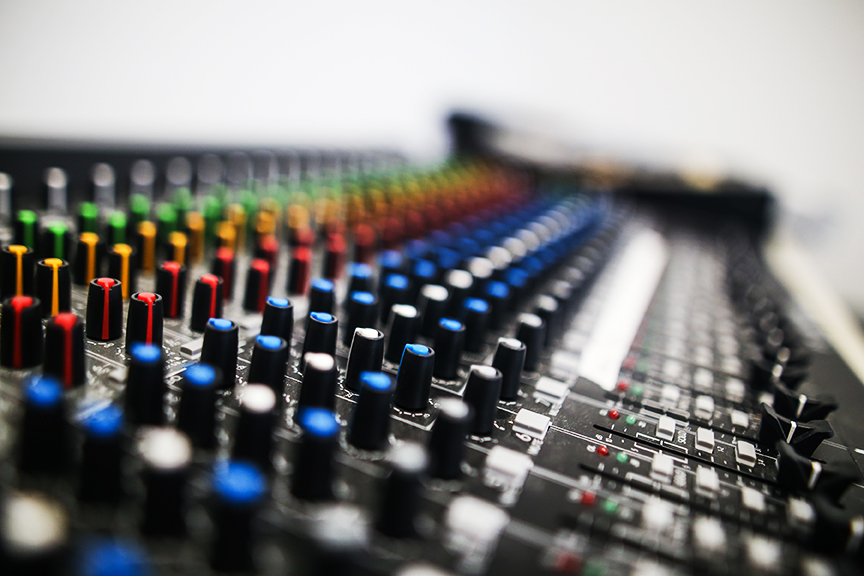 Luckily, that kind of overt discrimination is rare even in an industry that is so male-dominated. For the most part, over the course of my ten-year-plus career, my co-workers have been my biggest supporters and have often become close friends.

Thus I would like to discuss something much more prevalent and subtle than overt discrimination: bias. By this, I specifically mean the assumptions that we make about any group as a whole based on our own previous interactions with members of that same group.

Fei Xu, a development psychologist who has researched this phenomenon, has reported that this is a natural instinct, even a necessary one. This innate human talent for using our past experiences to make assumptions about new things has helped us throughout our evolutionary existence. We have come to recognize that if a new animal has sharp fangs, it is likely a predator and not a friend. We have come to categorize small, round, red things as berries and have then innately known that they will be sweet and a stupendous source of energy. This ability to categorize based on our past experiences has single-handedly lead to our continued survival on Earth.

As a supervising sound editor, I was once asked to add a Dolby E-encoded printmaster to my deliverables for a project. I had not encountered this request before, so I read up on the process and then made an appointment with our layback department to discuss it. When I showed up for that meeting and began to ask technical questions, the engineer responded to each one starting with the phrase “Tell your boss that he should…” Clearly, it had not occurred to him that I was the boss.

I did not correct him, and perhaps I should have. As uncomfortable as it made me to have him assume that I was someone’s assistant, I knew that his responses were not ill-intentioned. This was a case of an honest mistake based on actual real-life experiences. Most likely, he had never personally encountered a female supervising sound editor.

Furthermore, women are not immune when it comes to bias. I, too, have found myself wondering who that new producer is only to find out that she is, in fact, a sound editor or mixer. We all live in the world as it is, and our minds create the necessary assumptions to accommodate that world. We are not bad people for this. We are simply people.

As you can imagine, it is difficult to not only exist but thrive, in an environment which finds my pure existence to be a surprise. Add to that the constant visual reminder that no one else looks like me, that I am “other,” and you will understand the force of impact that this has had on my professional life. This impact is purely facilitated by numbers, not environment. As long as there are so few women in audio positions, this issue of bias will remain.

So what should we, as an industry, do? The answer should be obvious: hire more women. Previously, I had thought that there was a general lack of women in the industry because young women were not pursuing audio engineering in school or as a career. However, since becoming a partner in a post-production sound studio of my own, I have been inundated by resumes, requests for coffee meetings, and emails asking for advice from the exact set of young women which I did not previously think existed. Not only are they there, but they are hungry for careers.

So, my request to you is twofold:

First, I ask that you do something scary. I ask that you create a situation in which you will be “the only one.” Put yourself in a position where you are a willing participant in a situation where everyone else is different than you. Go to a mommy and me yoga class, attend a service at a Sikh temple, drive to East Cesar E Chavez Avenue and spend an afternoon chatting with the shop owners and eating at a restaurant. It is important that you do this alone.

You will most likely feel out of place and isolated as if everyone is looking at you even when they aren’t. Those feelings underline the fact that as welcoming and accepting as any environment is, it is impossible to feel completely at ease when you are “the only one.” I challenge you to understand that one woman in a company or even in a department is not enough to claim diversity or to dispel ideas of gender inequality or workplace discomfort.

That brings me to my second request: I ask that you do your best to help women find a place in the audio community. If you are in a position to do so, interview more women when you have a job opening. Suggest female candidates to your boss. Answer LinkedIn requests. Give career advice. Brush aside the idea that your assistance may be misconstrued as a romantic interest. If there were more women, young female audio engineers would surely contact them to ask for coffee meetings and phone calls (a fact made evident by my now-flooded inbox), but for now, you are their best chance for an inside perspective.