In my previous blog, Analog vs Digital, I talked about my undying love for old analog consoles and how, after I spent the summer sinking my teeth into the Midas Pro6, it created internal conflict of deciding which console to take on an upcoming European tour. I almost chose digital, just for the sake of making it easier (load ins/outs and space issues) but in the end, went with the tried and true Midas Heritage 3000. 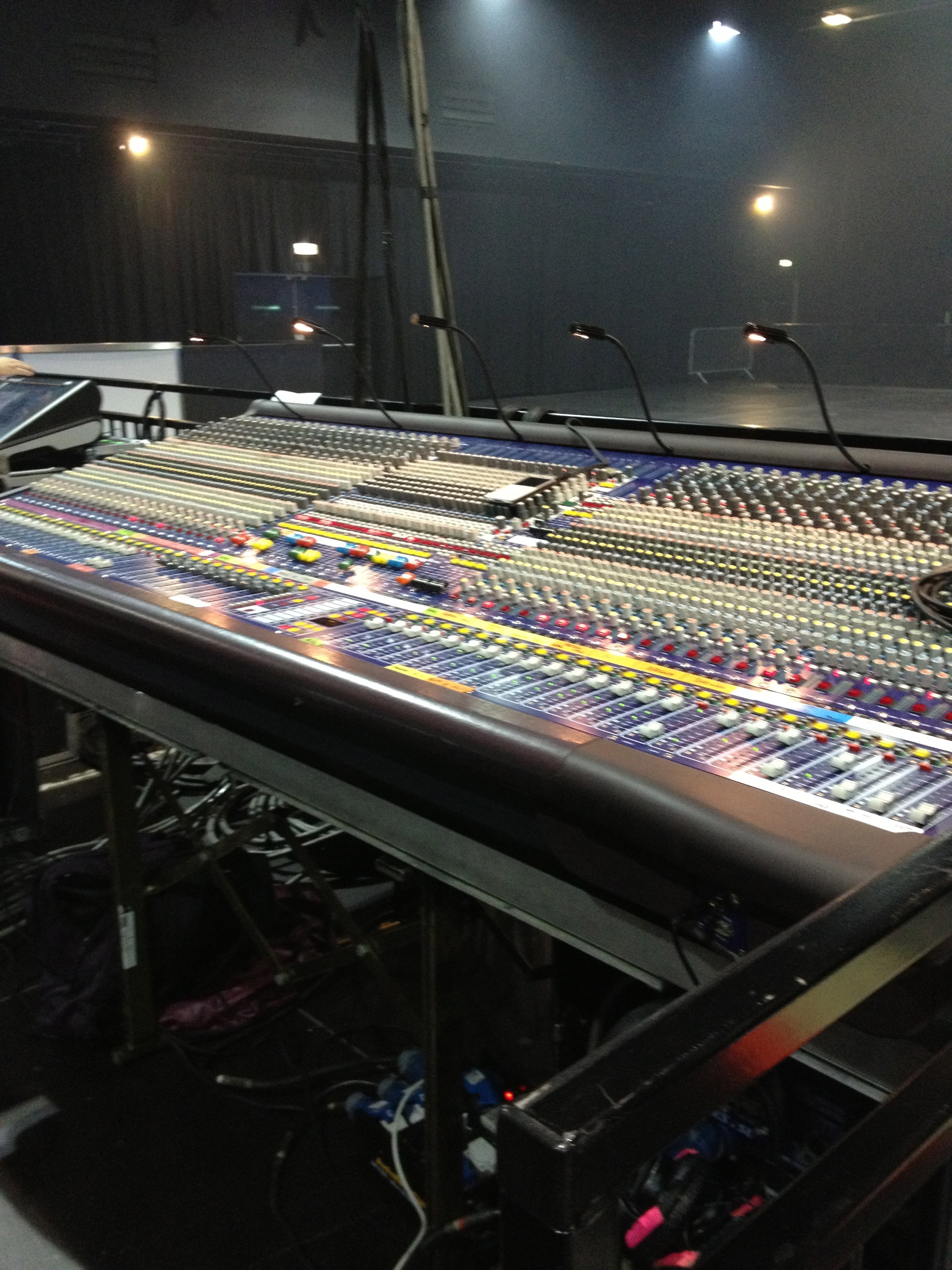 I’ve recently finished that tour and am happy to report I have absolutely no regrets about taking the H3000, despite having to cram it into tight FOH mix positions, and even having to mix from outside the gig on one occasion.  I will still choose to use analog whenever possible, and for me it is still the best option by far.

I was going into this gig cold.  I had mixed the band on two occasions in the past, but only on two random one offs, one of which was a somewhat scaled down acoustic gig, and neither were going to be relevant to this tour.  The fact that I wasn’t going to have any rehearsal time or even a tech day with the gear, meant dialing it in on the fly on the first gig of the tour.  The band isn’t known for doing much of a soundcheck if any, so I would have to rely on the backline crew to do an extended line check, allowing me time to dial things in.  Knowing how first days on tours usually go, especially when it’s an international tour, I didn’t expect to have much more than an hour, if even that much time, for line check.  For me, even though I’ve used digital consoles enough to become proficient on them, I am still much faster on analog, mainly because I can do two things at once. You want me to fit in there?

The band is a five piece, which took up every input on the 56 channel H3000, including some group ins for effects returns and playback.  How satisfying to have everything on the surface, in front of me at all times.  I could just grab what I needed, when I needed to, making adjustments like tweaks to EQ and dynamics, while still being able to mix at the same time.

And that analog low end. 🙂  From the first day when I played my tuning CD through the board, the same songs I had been using to tune all summer long, had a whole new life to them.  I had forgotten how good that analog low end sounds, having gotten used to the  flat and compressed sound of the digi boards.

Things went smoothly, despite their being a few instances of tight quarters at FOH, as we had to fit the support act console, lighting, and my H3000 into a space more likely designed to hold only one of the three.  It’s a good thing we all got along so well  ;- )
The only hitch was Birmingham, where it was physically impossible to get the console into the venue.  Well, at least without someone getting hurt.  Load in was up the back stairs with a low ceiling above the landing.  The H3000 was just too tall to be carried upright up the stairs, even with the cap off.  It was too wide to fit horizontally, so the only other option was to try the front stairs to the venue. 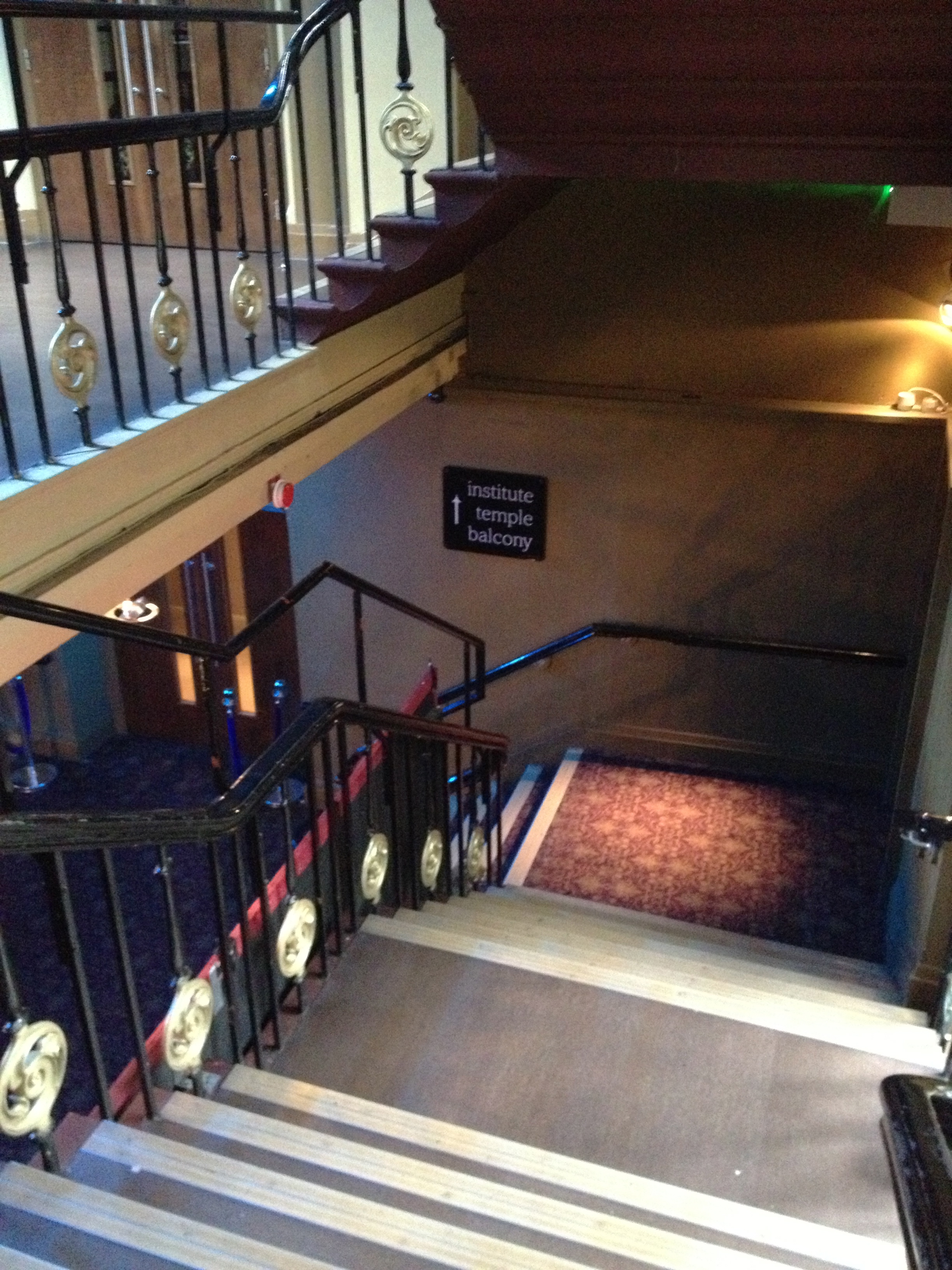 The stage hands at this gig were amazing, they carried all the other gear up the stairs without winging, and it was a lot of gear, a semi’s worth.  They didn’t hesitate to give it their all with the big old purple beast, but when they tried to make the turn at the first landing, it was clear that this was just stupid and I knew there had to be another option.  I chose to mix outside, behind the venue, in the ‘smoking section’. 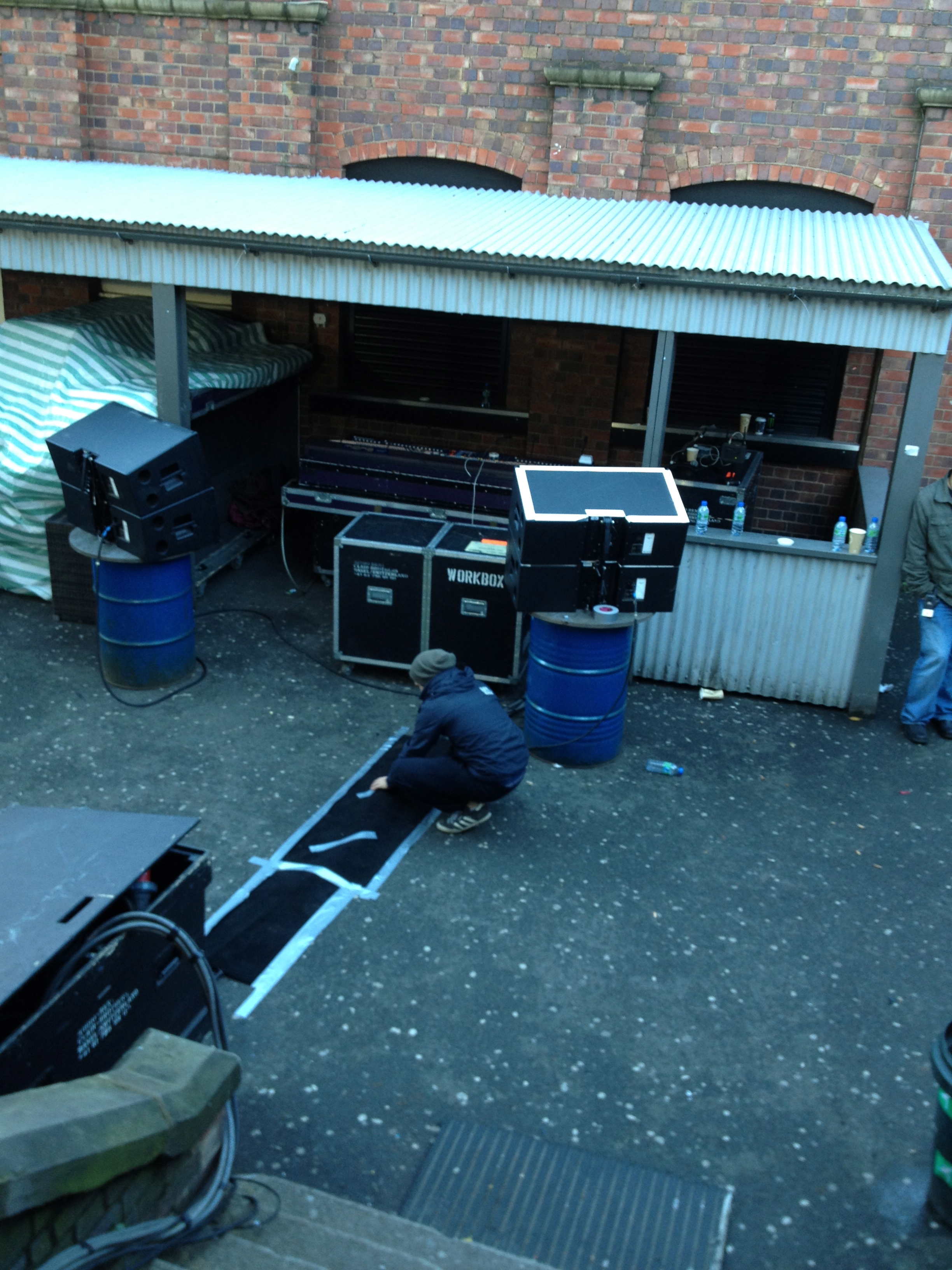 FOH or back of shed? There was a perfect spot, sheltered under a roof, with a wall at my back.  Not much unlike a shed or a manger as one of the crew guys joked.  We had two pair of Clair Bros. I-3s that we used for front fill when needed, they would make perfect ‘texas headphones’ for me.  We set up a laptop on stage connected to mine via ethernet, using the built in camera and screen sharing to give me a visual.  Our Clair Bros. tech sat at FOH and called me via clear com with any adjustments that needed to be made.  The band members are all on ear monitors, and there are no amps on stage which keeps the stage volume minimal and helped greatly in this situation.  It all turned out just fine and it was great mixing out in the fresh air rather than sweaty, smelly gig. 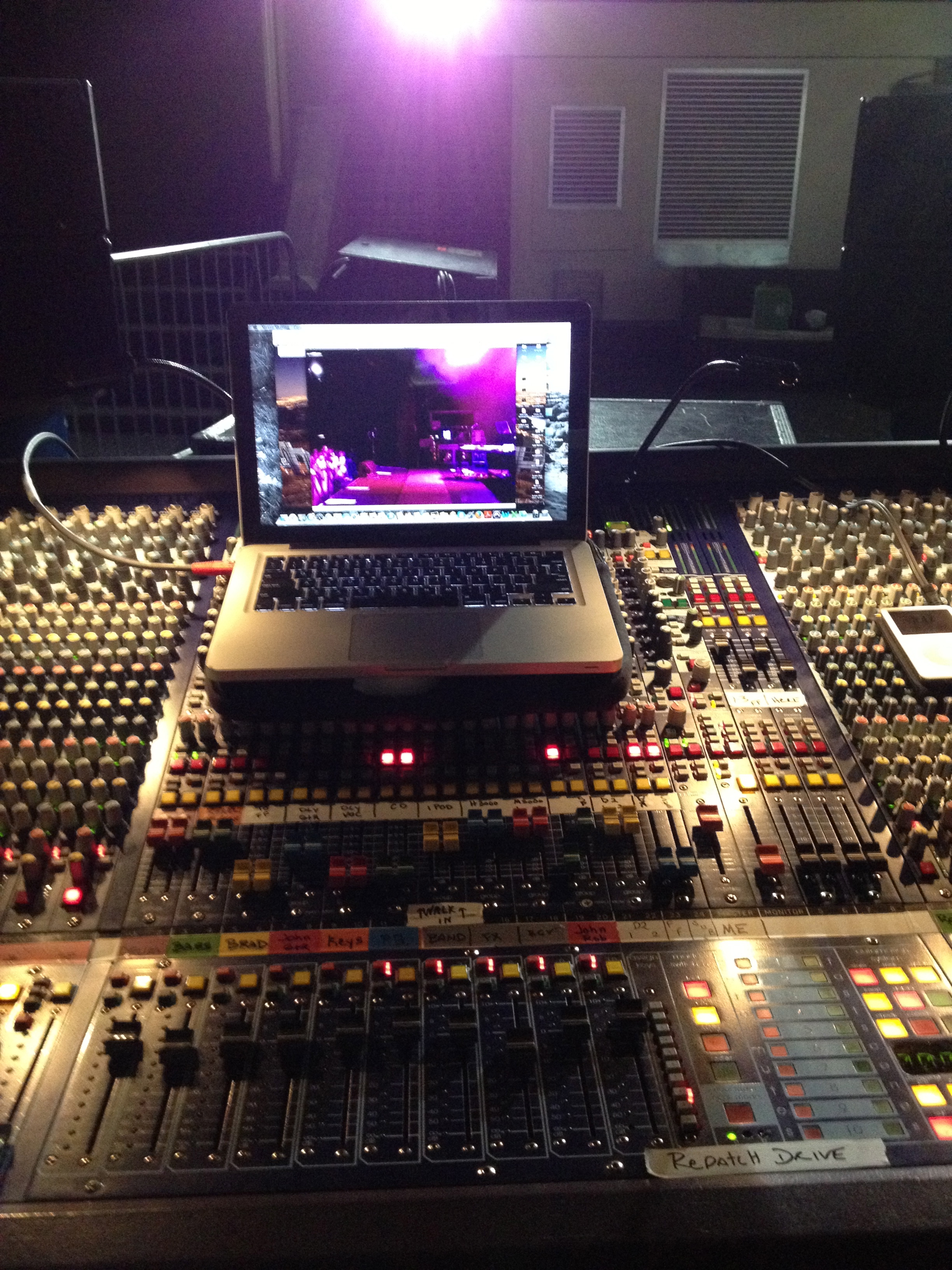 In the end, even with the five or so extra minutes of work patching and unpatching the console and racks, even though it requires more than two people to set it up, even though it made for some tight squeezes at FOH, and on one occasion didn’t even fit, I will take analog any day over digital.