About a month ago, I was scrolling through my feed on Facebook and noticed a post from one of our members, apologizing to her co-workers that she had somehow offended the night before. What did she post that would offend so many of her co-workers? She had posted SoundGirls.Org and Women’s Audio Mission logos and websites. Seems fairly harmless, and I can’t see how it was offensive.

I contacted her about it, as she had removed the original post and comments. She relayed that some of the posts where the typical they (Soundgirls.org and WAM) hate and exclude men. There were a few that stated that we were working to get unqualified bimbos jobs or taking them away from qualified men.

My first thought was this is ridiculous and told her she had no reason to apologize. I posted back that I found it interesting and that we have a lot of members who happen to be males.  I also mentioned that SoundGirls.Org had just referred a monitor gig that day to a male engineer. I felt he was qualified and would make a good fit. 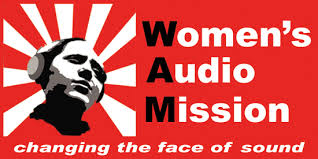 The whole incident has irked me. This instance would not have bothered me if it had been one person responding to her post, but it was several. It was enough that she felt she needed to apologize to them. For what? Having a network of support with other women in audio? Last time I checked men had plenty of networks and support in the audio industry.

On the most basic level – it was humans that happen to be men misunderstanding or not bothering to find out what SoundGirls.Org is all about. While we do focus content on and about women in audio, we have worked hard to be inclusive. I would guess our member ratio is around 70% women and 30% men.

Women in audio need a support system and place they can feel safe. We also acknowledge that women will be working with men 100% of the time. I am positive that our male members have found and will continue to find relevant information that will help them in their careers and to better their craft.  It is ridiculous to think that men in the industry cannot learn from their peers and co-workers, even the ones that happen to be female..

The incident was not just misunderstanding or confusion over SoundGirls.Org or the Women’s Audio Mission.  It was their way of silencing her and dismissing and discrediting SoundGirls.Org and Women’s Audio Mission.  What they were telling her was that it is okay for her to work in audio, and they accept her, but she is going to have to do it on their terms. That she is an exception, and they are not willing to tolerate or accept more women. They are telling her it is not okay for the one to five percent of women in audio to have their own voice. Really? Are we that threatening? Is there really an issue with unqualified bimbos getting audio jobs? There are plenty of unqualified people that get jobs in the industry; most of them are men (basic math).

This is part of a much larger problem.  It affects not only our industry but almost every industry that is dominated by males. It is the effort to silence women and drive them out. There are numerous articles on why there are not more women in a given field or why they are leaving their chosen fields. While I don’t believe that a majority of men in the audio industry wish to drive women out or believe that women are not a capable of doing the job. They do not spend time actively creating a hostile work environment, but they also do not go out of their way to champion women either.

When I started working in live sound, I feel it was not a hostile place to be a woman. Sure there was raised eyebrows, some skepticism, and the occasional sexist remarks, but for the most part I was accepted. Just read our profile on Kathy Sander – she was given a chance, at the early stages of live sound, by the largest audio provider in the world. She was well-respected and loved by her co-workers. But it seems that something has changed since I came up. I have had many women tell me how difficult it is, that they are constantly passed over, do not have a voice, and face sexism on a level I never experienced.  I am starting to see it and experience it from the next generation of engineers and techs. It is not that they are just young, and I am old, it is their attitudes – it is the Bro attitude. I find it disturbing and frustrating. It will do nothing to further the industry. Herd mentalities; stagnate ideas, thoughts and innovation. It drives out the other.

So – to those young men – that felt so threatened by SoundGirls.Org and Women’s Audio Mission – I would like to clear up a few misconceptions you may have about women, feminism, and Misandry in general.

Misandry, in general, does not exist (yes there are some women who do, in fact, hate men), but it does not exist on any institutionalized or structural level. It does not exist in professional audio, and SoundGirls.Org does not hate men and we do not exclude them.

Feminism – on it’s most basic level is a social justice movement that works to bring equality to oppressed and marginalized people, including men. Feminism works to dismantle the institutionalized and structural barriers built into our society. Or as Taylor Swift explains “that saying you’re a feminist is just saying that you hope women and men will have equal rights and equal opportunities.”

Institutionalized Sexism is real and exists, just like institutionalized racism exists. It is a set of rules both overt and implied that discriminate against women or people of color. It affords greater and better opportunities to (white) men. Women in Audio face barriers at every step in their careers, and it is much harder to get their foot in the door.

Yes – SoundGirls.Org serves to empower women. When it comes to solving institutional sexism, I am certainly not advocating a quota system where we give opportunities and extensive government funding to unqualified women. That would be unproductive. But I have heard time and time again that there is only one person, who possesses the right set of skills for a job or the company, and it usually is a man. This simply cannot be true, again basic math.

So what can we do? I am unsure what to do about the “Bro” attitude and culture.  I do not understand it.  What we can do for women, minorities and persons with disabilities is to start mentoring. Men and women, alike. Many of today’s successful engineers were taken under someone’s wing when they were starting out. I was, and it is doubtful if I would be where I am today without that opportunity. I also know that I benefited from the women that came before me, not just in audio but the world. I feel that I must give back to the next generation, and I am happy to share my knowledge and experiences with men and women alike. We (men and women) need to stand up for each other and call out hostile behavior.

The industry benefits as whole when there is an environment of mutual respect and where everyone is free to share ideas. Bill Gates once gave a speech in Saudi Arabia and found himself facing a segregated audience. Four-fifths of the listeners were men, on the left. The remaining one-fifth were women, all covered in black cloaks and veils, on the right. A partition separated the two groups. Toward the end, in the question-and-answer session, a member of the audience noted that Saudi Arabia aimed to be one of the Top 10 countries in the world in technology by 2010 and asked if that was realistic. “Well, if you’re not fully utilizing half the talent in the country,” Gates said, “you’re not going to get too close to the Top 10.” The small group on the right erupted in wild cheering.

I still don’t know what do about the bro culture?  Thoughts? How do you navigate around it? Ideas? Would love to hear them.