Tuesday the 6th of May

I was sitting in the airport of Copenhagen, Denmark waiting for my flight to London, where I was going to attend a one-day course at Britannia Row Productions training.

This is something I had been looking very much forward to for two reasons:  First of all Britannia Row has always been “one of the heavy guys” in live sound reinforcement that you would look up to when they were passing your local venue. The foundation of the rental gear was back in the old days owned by Pink Floyd, who during the 70’s was touring with a huge amount of over sized, amplification system that they wanted to be working in between their own touring – And so this was the foundation of one of the world’s largest sound reinforcement companies.

My second reason was the aim of this course I was going to attend. For a long time I have wanted to attend a course on digital consoles, and one about mixing monitors. Here I was going to have both in one day. Of course, it was not going to be more than a snuffle. One day is definitely not enough – but it is a beginning.

However, I am going to visit Brit Row for the first time (the actual firm is not in same facility though), and I am getting a whole day of lecture in digital consoles and mixing monitors. That was big to me.

Day of the course

There is one thing you have to remember when you visits London: It takes Forever to get somewhere.  If you go by bus with public transportation, be aware that the traffic is terrible in the morning!  It took me 1½ hours to get to the facilities, but I arrived on time.  (Brit Row Training Prod. is aware of this, and asks newcomer to be there ½ hour earlier).

One of the first things that I noticed when I walked in to the training facilities was Kaiysah– even though we had never met, we were very happy to see each other, “Yay, there is another girl!”  We did bond right away and started talking about our experiences being a girl in this industry. Very giving chat for both of us.

Anyhow, Bob- our teacher for the day, started out explaining the big difference between having an analog console vs. a digital.  Analog is nice – but digital is so much nicer in many ways. E.g. in between show’s you are able to sit on the bus, the hotel room etc. and adjust your settings, internal patching and much more in an offline editor. (Do not forget to store on a Couple of USB sticks – just to be sure, Bob said). However, there are many more benefits to digital vs. analog as you may know.

Next Bob went through a handy list of how we could create a show file on our digital console for the first show: 1) create your input and output patching and name them as the first thing. (Be sure it is assigned to correct hardware of the console). 2) Do the internal graphic equalisers, (Do not store EQ, if you are not using in ear, and venue, wedge’s etc. are changing for the next show). 3) Then set up your mute group’s and VCA groups – and your aux link’s. (Do remember if you are doing in ears monitor (IEM), to link aux send in stereo). 4) create your snapshot or scene recall, and do pay attention to which control on which input/output. (In addition, save updated shows under a new name so you can go back to a previous show file if needed.) And don’t forget to store in between!

Since we were working with a Yamaha CL5 that day, Bob was giving us a special introduction for this console. However, the various digi console are so differently constructed that you really need to take you time to get to know each one that you know you are going to meet on your way. The DAW (digital audio workshop), comes in handy and can be downloaded on to your computer whenever you wish.

The rest of the day, we talked about specific terms for digital consoles – like “latency”, the processing time that can be noticed by musicians using IEM.

We also talked about mixing for IEM systems, how to remember to send a stereo output, always have enough new batteries, don’t use alcohol on silicon in ears, use ambient mic’s, what to watch out for when you are sending a mix directly to someone’s ear etc… Many small and large, but important tips from Brit Row’s monitor engineer Bob, who is mixing Kylie Minogue, among others.

The outcome of the course

I was kind of missing more specific tips about mixing monitors – but then I should have joined the course “Monitor 1” as well….

It was nice though to have the time to go through a digital console and e.g. configure in/output patches, which is an issue for itself. One minus was that where we were getting to the point where we could actually put hands on the CL5, everybody who knew the console wanted to show what they knew and some were just pressing buttons all over to see what happens.  That was kind of confusing for everybody I think. Nevertheless, if you are a part of the full course, you will get a “one-to-one” session. However, in all it was really nice to have joined the course, and I am now considering to go back to attend the full 3 months course that Britannia Row Training Production offers. 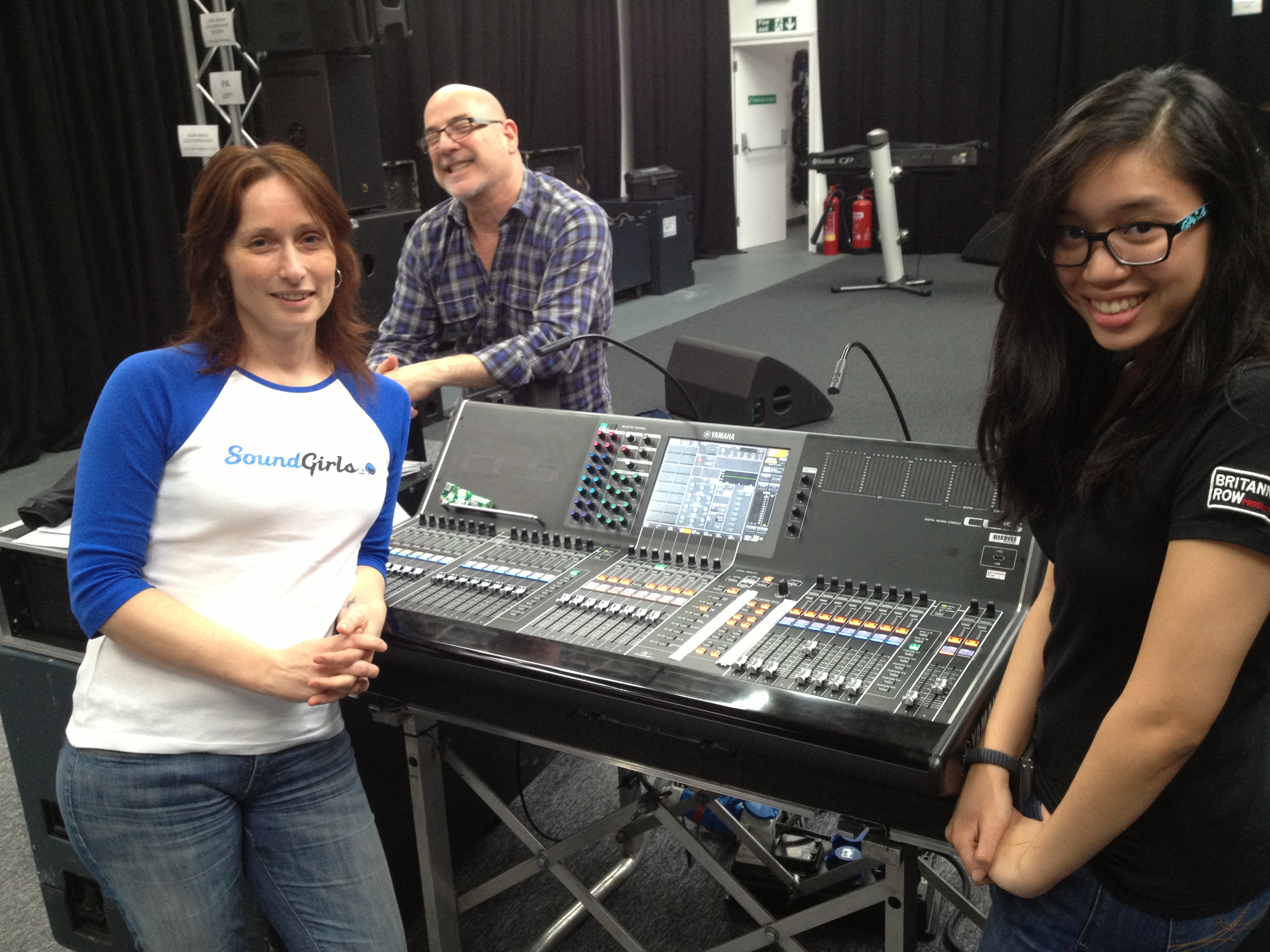