Lately, this theme seems to keep popping up in my life. It has showed up in conversations I have had with friends about our kids, college, and following their passions. It is a constant theme in a long term project I am working on, that has me researching the early days of concert sound (If you think those guys didn’t just do it – think again – It is mind blowing – Here is an article about touring with Led Zeppelin). Just last week I met and interviewed SG member Kim Griess for a profile and “Just Do It” is all over her 20+ year career. Kerrie Mondy’s recent blog post Power Struggles – Work and Physicality highlighted what a great Can Do Attitude can achieve.

If you take the time to read through our in depth profiles on women in audio – I think you will find “Just Do It” is a common theme. “Just Do It” is part of the reason these women are successful. I think it is a philosophy and attitude that we should all adopt.

Now please don’t misunderstand me – I am not suggesting that we just start barreling through our days, gigs, sessions with brute force or just randomly jumping into a project that is way beyond our range of expertise or knowledge. I also am not suggesting that you should just decide to take a 400+ lb. amp rack down a ramp by yourself (I have seen this attempted and it ended poorly for both the human and amp rack). We all know co-workers that  “Just Do It” without thinking past the immediate task at hand. This usually results in the tasks not being completed and someone else having to trouble shoot it and finish the original task. It often leads to injuries and broken gear. This form of “Just Do It” at the very least causes frustration amongst the rest of the crew and on other end can ruin a show.

There are plenty of studies that suggest that women hold themselves back by not jumping into projects that they feel are beyond their skill levels – where men will jump in and tend to just fake it – until they make it. Women are told they should act more like men and “Lean In” or that we should present ourselves like the men do. Within the industry we feel pressured to prove ourselves both physically and intellectually, not just once – but at every gig. I don’t want to be someone I am not, nor do I want to have to prove myself everyday – It gets exhausting.

Instead I am suggesting to adopt a “Just Do It” attitude as one that keeps you moving forward. Keeps you learning, obtaining new skills, and experience. Each of these things keeps building your self confidence – which is probably one of the most important tools you need in the industry.

I was lucky when I started, I had a mentor that believed in me and never told me I could not do it. Dave Rat, (before he became Dave Rat) gave me the chance and opportunity to work every show he did. I never really thought that I couldn’t do something, just that I currently did not know how to do it. The importance of asking questions until you understand how to do it cannot be overstated.

“Just Do It” was not a conscious motto – but it defined everything we did. It was as basic as breathing air. We were the only ones who were going to do it. The truck had to be unloaded and loaded. The gear had to get set up and the show successfully completed. We still had to show up for a 8 am load in – even if the gig the night before ended at 4 am. We just did it. 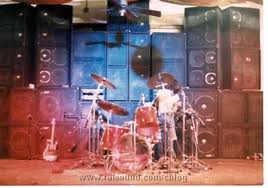 When I started I did not even possess basic sound 101 knowledge and most of the gigs I worked at first were load outs. I had to be able to move the gear. Dave showed me how to move, lift, and stack gear. Keep in mind none of the gear had castors and our truck did not have a lift gate. We loaded every piece of gear on hand trucks up and down that truck ramp. Why no castors? Heck those little buggers are expensive….When you are making $450 a gig and trying to buy a SPX 90 for the gig next week – you don’t get castors.

In order to stack the 220 pound Rat Trap 5 boxes to a sufficient height way over our heads, it took a series of steps.

First we would lay down 2 dual 18 Rat Subs side by side.  This gets us to 30″ high. Rolling over and tilting the next pair of Rat subs brings the sub stack to 5 feet high and 8 feet wide (keep in mind, I am 5’2″ and probably weighed 110 lbs).The next step was to get a pair of Rat Traps on top. By rolling a cabinet over and facing its grill away from the sub stack, we could tilt the Rat trap towards its grill and two people facing each other with the Trap in between, we would pick the cabinet up with all hands on the grill and the cab facing down like a table. Next is the rotating swing motion where we swing the bottom edge up while lowering the top and set the front lip of the cab on the top edge of the sub stack.  Then we would tilt the box up so it is sitting on the sub exactly as it had been sitting on the floor in front. Repeat for the next cab, and one person climbs up and sets the Rat Traps in the desired positions.

Now the fun part is getting two more Rat Traps on top of the now 8 foot high stack we have built. So basically it was just a repeat of the same process except first we would need to build an intermediary level by using 2 spare subs on end at 4 feet high or a pair of equal height road cases.  We would do the tilt away, rotate and swing, hook the lip and get the rat trap on top of the road cases.  Then we would hop up on to the road cases and repeat the process from up there resulting in the 11 foot high stack we were looking for. It did get tricky when standing on the road cases as positioning was critical.  The cases needed to be close enough together to support the Rat Trap but far enough apart that we had somewhere to stand when lifting the cabinet.  Later – when we got castors –  we would often use road cases on wheels so it was important to lift vertically and not roll your partner away or push them backwards off the case they were standing on. Oh, and if you put too much weight to the edges of the road case, it would start to tip over which was undesirable and frightening as well.

Since I was shown the proper way to lift gear, always used two people if necessary – I rarely suffered injuries. There is a reason everyone says TWO GUYS….If the poor kid that got run over by the amp rack had only listened. The times I have been injured have resulted from a crew guy with a muscle man mentality that choose to muscle the gear instead of following my instructions. A few times I have had fingers smashed from over eager helpful people that decided I needed help while I was trying to prop a wedge. That is painful – so always ask if someone needs help when they clearly are not in danger.

The Name of the Game is How To Work Smarter. The days before lap tops

Along with the lack of castors, was a snaking system that could not handle our gigs. Onstage mixes were not a common service we provided, although some acts demanded them, it was not uncommon for them to be provided off the house board. Since most of our gigs did not require an onstage mix, we did not need a splitter. As the company and level of gigs grew we started building up our monitor system. The first splitter/snaking system I got was some used 24 by 16 system. Those extra 8 XLR lines – I guess would have caused us not to be able to pay rent that month. So I found myself having to patch the stage to make sure the things needed in monitors would show up. 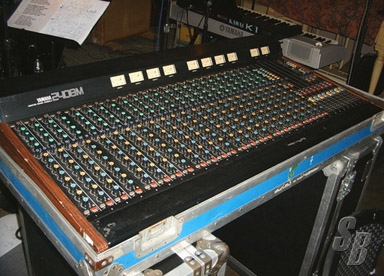 I did this 3 or 4 times depending on how many bands were playing- trying to make sure that all the acts had their own channels on my super duper Yamaha 2408 and Q 2031 EQS. But I never said I can’t – I just did. 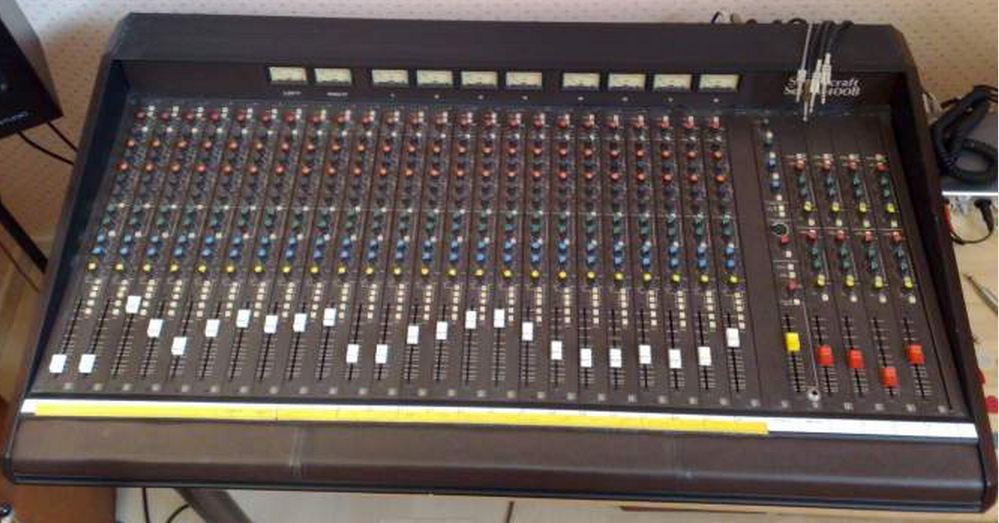 I was so happy when I got a TT Patch bay and a used Soundcraft 400….

The point of all this – I just always had this attitude. As I get older it is harder to keep, but with new projects and directions I am starting to really adopt it again. I like it.

It is easy to remember

It’s not telling you to change who you are

It’s not asking you to work more like the men

It does not allow room for self doubt.

It keeps you moving forward and pretty soon you know exactly what you can do!