Jumping Into the Hot Seat

Preparation is the Key

There seems to be an unwritten rule in audio – when you’re new to a bigger club, you start by doing monitors.

I’d been asking a friend about opportunities for work in Toronto for quite some time. So when she hooked me up with a job interview to be a monitor tech at The Mod Club, I knew I had to take it.

Part of why I wanted to move to Toronto was to improve my mixing skills and try and land some more touring gigs. My hometown, Ottawa, is a smaller city, and there are few large-scale venues – none of the usual rock clubs have a dedicated monitor board, and they all have a capacity of less than 500.  Now I’m not saying Ottawa doesn’t get larger-scale artists, but they tend to play the hockey arena or an outdoor festival such as Bluesfest.  I didn’t work for the AV company responsible for producing those shows and, therefore, didn’t get to work the city’s largest events.

I was also in need of some more technical challenges. I found myself getting a bit too settled at my old workplace, and wanted to get slowly out of my analog comfort zone. You see, I almost exclusively worked on analog boards, except for when I was on tour. I felt like I knew my way around some of the more common digital boards like the Behringer X32, but wouldn’t have felt comfortable having to troubleshoot issues alone. I had no problems going through venues’ cabling to re-wire outboard FXs or EQs manually myself. But I found I had to rely on the house tech to help me around digital boards.  I think that a good house engineer should know their way around their equipment, and that does mean being able to figure out routing problems or other set up errors within a digital board. 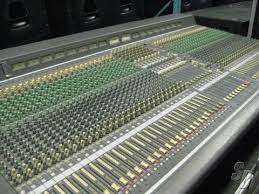 When I was asked to come to work a trial shift, I was told the monitor board was a Yamaha PM2800. No problem, I thought, it’s just a slightly bigger analog board than what I’m used to, with a few more auxiliary sends. I was nervous about the interview but knew I could handle it. Imagine my surprise when I got a text from the club’s technical director a day before I was coming down: “are you familiar with the Yamaha PM5D? We just upgraded.” After some swearing, I had a slight moment of panic – could I do this? My first shift on a board I didn’t know? I decided to bite the bullet. My train ride down to Toronto was spent watching training videos to try and understand the board’s workflow as well as reading the quick start guides as many times as possible! Youtube videos don’t replace hands-on training time, but they can certainly set you up with a solid knowledge base. 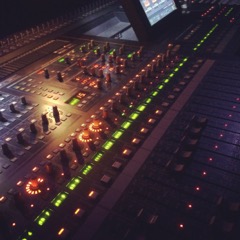 Now, I’m fully aware the PM5D is pretty much a dinosaur in terms of today’s board technology. Released in 2004, the version I’d be using was even borderline analog as it has non-recallable head amps instead of a digital gain pot. Still, I was nervous about having to go through digital pages to find my monitor’s 31-band EQ’s instead of physically being able to reach over to an outboard EQ rack to pull out a ringing frequency.

Luckily for me, the FOH Engineer was very helpful, and the headline band had their own tech. He stayed at monitor world during their soundcheck and essentially set up the mixes for each musician as they called for which instruments they wanted in their wedges. Watching someone work the desk helped me understand its workflow and be more confident as its operator. I surprised myself by even figuring out a few things like shortcuts to EQs, which proved to be helpful for the next day’s show. With the mixes essentially set by my co-worker, I was able to work the show alone and make small adjustments for the musicians when needed.

My second trial gig that weekend was the Canadian beatboxing championships. I was on my own for monitors that night, and I made sure to EQ my wedges before performers arrived. As there was a lot of microphone cupping that night, I made frequent use of my EQ shortcuts! There’s nothing like a little 1.6K feedback to get you to become faster at EQing.

There’s a happy ending to the interview weekend – I got hired on. Ten days later, I made the move to Toronto and started working as a monitor tech! Coming next month: what I’ve learned since I started.