The percentage of women continues to rise within working occupations across the globe, tech and the music industries both being included. But with women only making up 5% of music producers and engineers in the music industry, we continue to set the bar high by taking control of our own careers and using that hustle muscle to achieve success one goal at a time.

Producer Te’ is among that 5% within the music industry. A natural born hustler who has set herself up for success. From songwriting to producing to engineering. She has done work with the likes of Anthony Hamilton, Matt Linsech, Jason Gilbert, Teddy Riley, Atlantic Records, Capitol Records and more. Over the years Te’ has been open, honest, and willing to guide me in the right direction within my own career. I had the opportunity of interviewing Te’ touches on her journey thus far, being a woman in the music industry, favorite gear and more.

What sparked your interest within audio technology? You have graduated with a business degree and were self-taught, something had to ignite a passion in audio.

Coming from a family of musicians and singers, music has been instilled in me since birth.  As I got older, I became intrigued by the creative process and found myself reading the liner notes and researching how the music was being made.  When I was 13 I got my first keyboard/workstation and taught myself how to compose & arrange instrumentals.  My freshman year of high school I was introduced to composing with computers and synthesizers and began making tracks on the Cakewalk program.

Many get there break into the industry with one aspect first. Did songwriting lead to producing, producing to engineering.. vice versa or did everything kind of evolve together? What was your specific process?

I definitely started writing first.  I thought I was a rapper back in the day, so I would have notebooks full of raps, but never had any tracks to put the words to.  When I started making beats my passion for composing/arranging evolved, but now it all goes hand in hand.  I later bought Pro Tools and taught myself how to use it.  I thought I was the shit, but my mixes were horrible back then lol.  All in all, when people would come to record with me they would leave with a full record.  I would have the tracks already prepared and when the artist got there, I’d write the song or co-write it with them.  In some cases I would make the beat from scratch.

What obstacles have you faced and overcome building as a woman in Tech/Music business?

There was only one situation that stands out.  I was applying at a major recording studio to be an engineer and I was told that they didn’t hire female engineers.  According to them, from past experiences, females were just too emotional. I knew it didn’t have anything to do with me personally, but I was definitely dealt some unfair cards in that situation.  In hindsight, it was a blessing because I wouldn’t want to work for a facility or brand who generalizes or has a stereotypical mindset. I just kept it moving to the next opportunity. Overall I am received well in my field. I am grateful.

How has technology affected the way you book and work with your clients?

Creatively, technology gives us more options and freedom to experiment until we get the sound that we need. There are no limits. From a business perspective it’s great because of social media, it allows us to expand our brands and attract new clientele.

As an engineer and producer do you take on work for hire gigs or are you employed with different labels?

Do you own your own recording studio? If so what is your favorite piece of gear within your space?

I float around between different studios in LA, but I do have a small home set-up for when I need to work on material outside of the studio. My favorite piece of gear is probably the LA2A as far as compressors go….and I love love love the Telefunken U47 mic! From my experience it sounds clean and clear on almost every voice.

Do you play any instruments? Or do you use more technology based gear to create?

They say once a drummer always a drummer, although I am rusty now, that is my first instrument.  I can maneuver around the keyboard enough to get the idea out. When I am producing or co-producing I like to bring in live musicians to play on the record. Although the digital world is great, I believe music still needs to have an authentic feel and bringing in live musicians achieves that.

Analog vs. Digital? What’s your outlook?

Both. With digital, your creative aspirations are endless, but as I mentioned before, I like my music to have an authentic vibe like the music I grew up listening to in the 90s, and that’s where analog saves the day. Blending the two together is the perfect match in my opinion. You have to know both, there are still some things that can’t be imitated, so being able to go back to the original source is crucial. But definitely need both.

What are your top five best moments in your career so far?

Wow I don’t know if I have five yet, considering my career is just beginning.

One is definitely being able to write, work and build a relationship with the legendary Teddy Riley.  I grew up listening to him and his work, especially Michael Jackson’s “Dangerous” album which is my favorite album of MJ.  It’s a huge honor to work with the man whose name was in the credits of the albums I was listening to and influenced by growing up.  His stories about the music business are not only fascinating but extremely insightful and informative.  I’m truly grateful.

Two would be meeting Trakmatik of Roc Nation; working with and watching him achieve greatness is inspiring.  It’s a beautiful thing to witness someone close to you reach higher levels of success and inspire the next generation behind us.

The third, I’m going to have to get back to you on as my career progresses. Lol

What advice would you give to upcoming engineers and producers on staying up to date with technology and entrepreneurship?

Study the people that have come before you in your field.  They’ve already laid the blueprint to success.  Learn what they did and then add your own flavor to it to make it unique.  Stay up on current trends but focus on creating what the next sound might be.  Don’t be afraid to take risks because you never know what your ideas may lead to. On a more philosophical note, don’t allow any negativity or adversity to deter you.  You were already born to be great.  Always live within your elite self.  Stay true to that and you will prosper and live the quality of life that you deserve.  You will have doubters, but you will also have supporters and admirers that you are inspiring and may not even know it, so don’t quit.  Be the example, you never know who is watching and using you for inspiration. 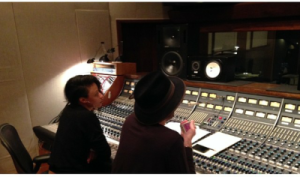 Te’ was one of the first people I reached out to when I had the idea of starting a blog. She motivated me when things didn’t go as planned. She always reassured me that I can obtain success, ONLY if I wanted it bad enough. Thank you Te’ for always being a positive influence. I hope we both can inspire someone else to follow their dreams. Until next time, I encourage all of you to fight against the odds and go for what you want. No matter what career path you choose, don’t let anything hold you back #BeGreat 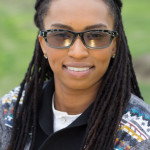 Alesia Hendley is an AV professional that found her passion at a young age as a sound engineer with her Father’s church. In the early stages of the church’s foundation they couldn’t afford musicians. By utilizing audio and technology she and her Father found creative ways to go higher both musically and spiritually, taking the congregation with them. Now you can find her operating/installing audiovisual systems or executing creative ventures. As a young professional she’s finding ways to bring AV, creatives, and creative visions together in the effort to leave her mark by making an impact, and not just an impression.