How to Subcontract work 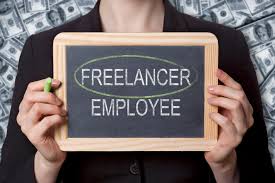 There are a number of good reasons to subcontract work. Subcontracting allows you to do more work than you could on your own, to spend less time on tasks you don’t want to do, or to hire someone to do a task better than you can.

What qualifies as subcontracting?

The most important part: let your client know. Be transparent about the fact that you’re hiring help. Generally, if there’s a good reason for it, there won’t be a problem. If you’re working an event, you don’t want anyone asking, “who’s this and why are they here?” If a client is asking you a question about work someone else is doing, you don’t want to be caught off-guard not knowing the answer because of someone they don’t know about.

Put your subcontractor’s deadlines and rates in writing. It doesn’t have to be a formal contract – even a simple email like, “Thanks for helping with this project. Like we talked about, my budget is xx, and I’ll need a Pro Tools session from you by Friday morning.”

Pay people fairly and pay on time. If you wouldn’t want your boss keeping half of your pay and doing none of the work, don’t do it to other people.

Don’t undercut yourself. It takes time to handle logistics, communication, and other tasks to keep your subcontractors working and your clients informed. Keep track of these hours so you can work it into your budgets.

Be available for questions and help. When someone is working for you, they want you to be happy with their work. Some people need more support than others to get the work done.

Don’t subcontract lightly. If you’ve made a commitment to a client then subcontract because a better gig came along, it can reflect poorly on you (unless it was planned/discussed before committing in the first place).

Know when you should pass the gig to someone else vs. subcontracting. If you’re not going to be involved, someone else is doing all the work, and they’re not using your gear or studio it might be easier (and less liability) to have them work/get paid directly.

The only time I subcontract at an hourly rate is if the client is paying hourly, too. If I need an assistant for a 4-hour gig and it goes into overtime, I want myself and my assistant to get paid fairly for our extra time. Most of the time when I subcontract it’s a set price to complete a task by a certain deadline. They can work whatever hours and pace they want (day or night) as long as the work is done when I need it. I have a pretty good idea (based on experience) how long it would take me to do a task so I usually set rates based on what I would reasonably expect to get paid to do the same job.

The reason I don’t do hourly for tasks is if someone takes 8 hours on something that would take me 4 hours, it’s coming out of my pay (not the clients). Plus, when you have an hourly rate for a task, there’s no incentive to work faster. In fact, some people may work slower. When you have a task rate, there’s incentive to work faster. If someone gets a job done in half the time than planned and the work is done well, they earned it!

If there’s a problem with material that causes the work to take longer, I may go back to the client to authorize an additional charge (before doing the work). When I subcontract, I also budget 5-10% for “misc charges” to cover anything unexpected that comes up which can include subcontractor overages.

Subcontracting taxes in the US

In the US, if you pay someone over $600 in a year (total), there’s some tax paperwork needed:

In January of the following year, you’ll have to issue a 1099-MISC form. One copy needs to go to the worker and another to the IRS. There are a few ways to do this:

A 1009 form has to be sent to your worker by January 31. The IRS copy has to be received by February 28 (for physical mail/USPS) or March 31 for electronic filing.

Any time you send a W-9 or a 1099 your social security number is revealed. For protection, you may want to get an EIN number (Employer Identification Number) which is free from the IRS. You can do this online, and the process is very simple. https://www.irs.gov/businesses/small-businesses-self-employed/apply-for-an-employer-identification-number-ein-online

The difference between subcontractors and employees