How to Push your Sound Design to the Max

While Not Stepping on your Mixer’s Toes 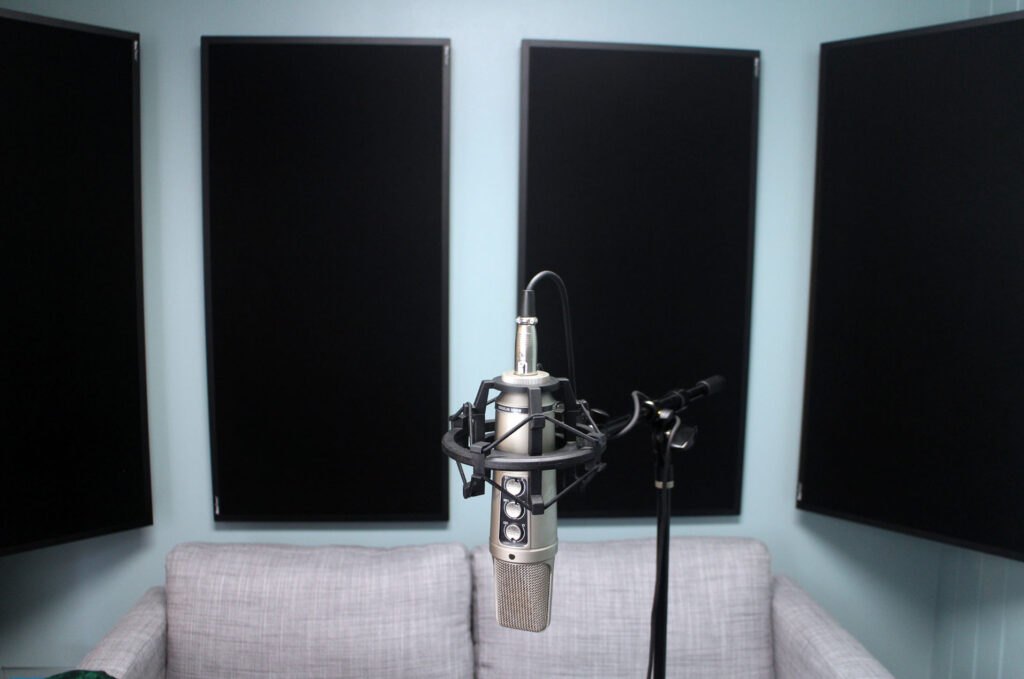 We get a lot of questions about how much you should do in your sound design pass versus how much to leave to your mixer. So, although I’ve written a few posts on this topic (such as Whose Job Is It: When Plugin Effects Sound Design vs Mix Choices and Five Things I’ve Learned about Editing from Mixing), I thought it was time for another brush-up.

As some of you may know, I’m a long-time sound designer and supervising sound editor, but I just started mixing a few years ago. While attending mixes as a supervisor definitely gave me a window into best practices for sound design success (aka how to make sure your work actually gets played…audibly), I got a whole new vantage point for what to do (and not do) once I started having to dig through sound design sessions myself! So, while I am a fledgling mixer and you should always speak directly to the mixer working on your project before making decisions or altering your workflow, I feel that I am qualified to share my personal preferences and experiences. Take this as the starting point for a conversation—a window into one mixer’s mind, and hopefully, it will spark great communication with your own mixer.

Below, I’m sharing a few key concepts that there seems to be confusion surrounding in the “who does what” debate. I’ve personally come across these questions or situations, and I’m hoping to spare you the headache of doing any work over due to a lack of communication. Here they are!

I was recently the supervisor and mixer on an episode that was almost entirely underwater. My sound effects editor EQ’ed every single water movement, splash, drip, etc. that occurred underwater with a very aggressive low-pass filter. While this made total sense from a realistic sound point of view, it completely demolished any clarity that we might have had and muddied up the entire episode. It was very hard to locate the sound effects in the space and even harder to get them to cut through the dialogue, more or less the music! Unfortunately, this was done destructively with audio-suite on every single file (and there were thousands of them probably). Every single one had to be recut by hand from the library, which was an insanely arduous task.

I’m going to say this once, and then please just assume that this is step one for everything below (I’ll spare you the boredom of reading it over and over): STEP ONE IS ALWAYS ASK YOUR MIXER BEFORE YOU START APPLYING ANY EQ.

I think you can safely assume that there’s, at best, an 80% chance that your mixer does not want you to EQ anything. Ever. So always ask before you destructively alter your work. With EQ’ing it’s especially important that the right amount is added given what else is happening in the scene, and clients often have opinions about how much is too much for their sense of clarity in the mix.

The better way to approach EQ is to ask your mixer (again, asking because this may require a change to their mix template which requires their approval) if it would work to place any FX that you think should be EQ’ed on a separate food group with no other FX mixed in. Having all underwater movements on one set of tracks clearly labeled UNDERWATER FX gives your mixer the ability to quickly EQ all of them with just a few keystrokes and knob turns. And then he or she can also very easily change that EQ to mesh well with the music and dialogue or to satisfy a client note. It also means that he or she can put all of those lovely water effects on one VCA and ride that if the clients ask for any global changes to the volume of water FX. Win-win!

The same is true for any batch EQ’ing of FX. I like the “split onto a separate food group of clearly labeled tracks” method for other things, too, like: action happening on the other side of a door or wall, sound effects coming from a TV or radio, or any other time that you would imagine EQ should be applied to a large selection of files. So yes, split it out to make it easy and obvious for your mixer, but no, don’t do it yourself.

Don’t add any environmental reverb. Just don’t do it. Keep in mind that your sound design doesn’t exist in a vacuum. It’s layered on top of dialogue, music, BGs, ambiances, and probably more! What sounds right as a reverb setting to you while working only on your FX definitely won’t be the right choice once everything else has been placed in the mix.

Let your mixer decide. If you do it as an effect for one singular moment (I’m thinking something like a hawk screech to establish distance), only process individual files and also provide a clearly marked clean version in the track below. That way, your mixer has the option to use your version, or take it as an indication of what the clients like and redo it with the clean one. But before you go ahead and use reverb as an effect in your sound design, always check in with your supervisor first. He or she will be able to draw on all of their experience on the mix stage, and will be able to let you know if it’s a good idea or not. From my experience, the answer is that it’s almost always NOT a good idea.

Say you’re designing the sound for a super trippy sequence like the POV shot for a drugged up character. You may be tempted to add a phaser, some crazy modulation, or any other trippy overall effect to the whole sequence. Don’t do it! That takes all of the fun out of your mixer’s job, and furthermore really ties his or her hands. They need the ability to adjust any effects to also achieve mix clarity when the music and dialogue are added. So it’s always best to let them choose any overall effects!

Go for it with weird ambiences, off-the-wall sound choices, and totally different BGs to make it feel like you’re really inside the character’s head. Feel free to process individual files if you think it really adds something—just be sure to also supply the original muted below and named something obvious like “unprocessed.”

Don’t spend hours panning all of your work without first speaking to your mixer. Your understanding of panning may be wildly different from what he or she can actually use in the mix. I’ve seen a lot of editors pan things 100% off-screen to the right or left, and I just have to redo all of it. Panning isn’t too difficult or complicated, but it’s really best to be on the same page as your mixer before you start.

Some mixers love it if you help out with panning, especially if they’re really under the gun time-wise. Others prefer you leave it to them—so always ask first. If you want to be sure that your spaceship chase sequence zooms in and around your clients during your FX preview, just make sure to ask your mixer first about his/her panning preferences. How far to the L/R do they prefer that you pan things? What about how much into the rears? Do they mind if you do it with the panning bars, or will they only keep it if you use the 5.1 panner/stereo pot?

Don’t cut your LFE tracks while listening on headphones. You may not realize that what you’re putting in the LFE should actually go in our SFX track because it is low in pitch, but not in that rumble-only range. It’s nearly impossible to cut your LFE track without a subwoofer, since true LFE sweeteners in your library will look like they have a standard-sized waveform, but will sound like almost nothing in headphones!

Keep in mind that any files that live on the LFE tracks are going to be bused directly to the low-frequency effects generator which can output approximately 3- 120 Hz. That is super low!  So only cut sound effects that have only that frequency information in them, or that you only care to hear that part. Any other mid-range “meat” to the sound will be lost in the mix.