How to Communicate About Audio With Non-Audio People 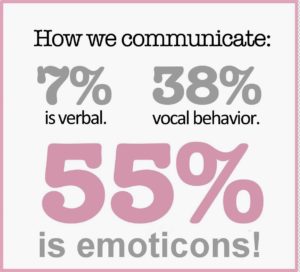 The language we use to do to do our jobs spans across a lot of areas (audio, acoustics, electronics, technology, psychoacoustics, music, film, and more). Our clients, on the other hand, may not have much language to convey what they want. The mix notes I get may be as broad as, “I don’t like that” or “something doesn’t feel right.” My job is to fix it and deliver a product they are happy with but how do you do that without language?

Everyone has preferences for sound even if they don’t have the language to convey it. It takes time to uncover these preferences, and that’s part of our job. It’s like a painting where you can see the outline of what to paint but don’t know what color palette to use. Some people like bright colors and others prefer pastels. Some people know their favorite colors right away, and others want to see you paint a bit then have you change it (and maybe change it again). It takes some trial and error to discover their “color palette,” but once you know it, you can make choices that will likely be in their taste (or at least close enough to have a discussion about it).

In music, this is knowing that the drummer will want less vocals in the monitor before they ask. It’s knowing that the lead singer wants a slap delay on her voice on the album. In post, it’s knowing that a producer wants to hear every footstep or doesn’t like a particular cymbal the composer used in the score. Having this knowledge of someone’s taste builds trust because it lets them know that you understand what they want. It’s what gets you re-hired and over time establishes you as “the” engineer or mixer for that person (or group).

Finding these preferences takes investigation. Our job, in that sense, is like a doctor and a patient. For a doctor, there’s a lot of questions about symptoms, recent health, etc. because the patient doesn’t have the same expertise. The approach is the same here with a mix note: “Are the guitars loud enough for you? Is it something about the dialog bothering you? When you say it doesn’t feel right, is it a balance issue or a timing issue?”

Sometimes the message can get conveyed without using proper language. For example, non-audio people may use the word “echo” to mean reverb. One common note is something is “too loud” or “too soft.” But, the problem might be something else (is it perceived as too loud because it’s bright? Is it too exposed vs. too loud?). With notes, you have to ask yourself: does this need to be taken literally or is it an observation that might be pointing to another issue? 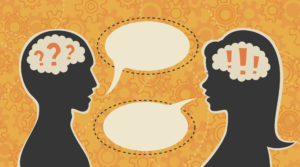 For example, a producer I work with likes to give me a sound design note: “Play around with it.” Does that mean he likes what’s already there but wants more? Or, does he want something totally different? I’ve learned that’s his way of saying “I don’t know what I want or like yet.” I sometimes do more than one version including one out of his normal taste (a different “color palette,” so to speak). I find that helps him define what he likes (or doesn’t) by hearing two contrasting ideas.

You can adapt to a client’s strengths, too. A filmmaker I work with doesn’t know audio well, but he’s very good at conveying moods. We talk about the moods of the film and specific scenes, and I interpret that into audio. He might give a note like, “I want to feel the car wreck.” I know what that means (in audio terms) is he wants a lot of detail in the sound design, and the car crash should be at the forefront of the mix.

Talking about moods is a useful technique with musicians, too. Should it be intimate, polished, rough around the edges, massive, etc.? Do they like clean studio recordings or does it make them uncomfortable? Should it feel like a private living room performance, a rowdy bar or a stadium? You obviously won’t be adding bar patrons to a music mix but knowing that will influence the approach to the mix from vocal treatments to EQs, balances, reverbs, and effects.

Where this gets tricky is when people use words that aren’t audio words at all. Sometimes we can translate or offer other words. “When you say it sounds too ‘shiny’ do you mean it sounds bright or shrill? Or too clean and you want it more gritty?” If someone is struggling to convey what they want, they might be able to think of an example from somewhere else (an album, movie, or Youtube video). It might be totally unrelated, but it can help figure out what they’re asking for.

The most effective way to be a good communicator with clients is to have a diverse audio language yourself. It’s a great skill to talk about audio using words not related to audio. You can make an exercise of this by asking, “what words could I use to explain what I hear?” Walking on leaves could be crispy, crunchy, and noisy but it also could be like Pop Rocks, crinkling paper, or eating cereal. So, the next time a client asks you about the “gaggle of Girl Scouts”** in the mix, you’ll have a better idea what they’re talking about.

(**This was a real note I got from a client. The sound was actually a pan flute.)