How Do You Go About Setting Up Your Console Workflow?

Once you start mixing more than a few shows, you’ll start to find that you have some preferences in how your console is laid out.

Everyone has a particular way of doing things, and it’s all a matter of what works for you. For instance: How you do your input patch will determine where things show up on the surface.  It doesn’t have to be 1 to 1 with the snake patch; you can patch inputs to come up in whatever channels you like.

If you are mixing on a digital console with a limited number of faders available on the surface, you’ll have to think about how you want your inputs to populate them.  If you have 42 inputs and only 16 input faders/layer, how do you want to build your layers? 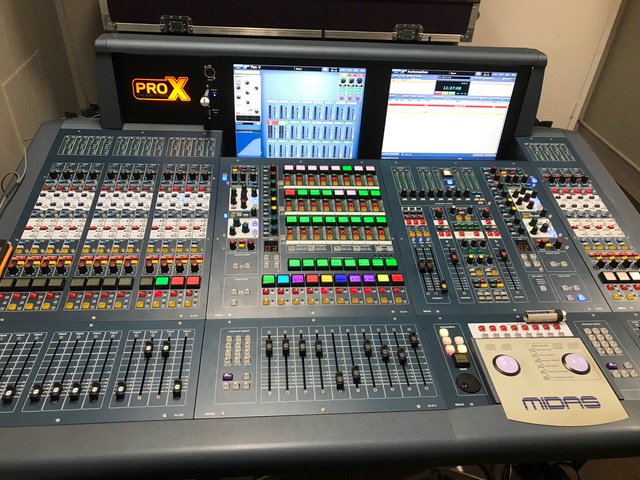 Something I like to do is keep my most important inputs on the channels closest to the master section. For most of what I mix, this is the lead vocal or vocals. I rely heavily on VCAs/DCAs and do most of my mixing from the master section where they are found so having my most important inputs right next to the VCAs; they are always where I need them.

When I was mixing the bands Styx and Mr. Big, the music was heavy with 4 part vocal harmonies.  I would always lay out my console to make sure that the four vocal channels were right next to the master section and able to be pulled to the surface in an instant. It wasn’t a set it and forget kind of mix; there was constant massaging and blending of the vocals.

Keeping important inputs near the master section stems from the days of large frame analog consoles where inputs could be spread out over quite a distance.  But I find it still works well with digital boards and tends to keep things that need lots of attention close to that area of the console. 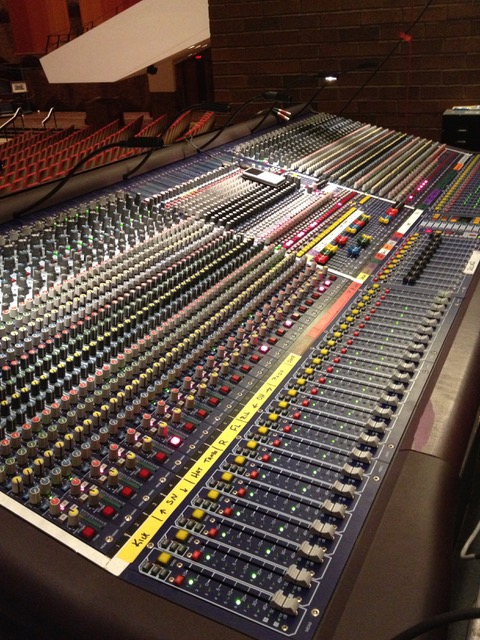 All of these things will be determined by your input patch, so give it some thought ahead of time.

Next, consider how you will designate your VCAs/DCAs and/or Groups. Think about how you can group things to make it easier to mix.  It’s much easier to mix from the 8 or so VCA faders than all of your individual channels, especially on smaller consoles that only give you eight input faders on the surface.

If you’ve got 42 inputs, you don’t want to have everything just assigned to L and R and be mixing on 42 faders jumping through layers or pages all night.

Things can be double assigned.  What I like to do is have one VCA,  that I label BAND for all of my instruments. I tend to set up my VCAs along these lines:

Every input goes to its intended VCA- drums to drums, bass to bass, etc., but is also assigned to the band VCA, except for the vocal channels.  This way, I have control of the overall level of the band with one fader, which is incredibly useful if I am having trouble getting the lead vocal above the music.  I can just grab the band fader and bring everything but the vocal back a bit.

Now if you have a four-piece band with 16 inputs total, this isn’t such a big issue.  But still, it’s much easier to mix on 4 VCAs than 16 channels. The more involved your show gets the more thought you’ll need to put into it.

Think about what your needs are?  What will help you be as efficient as possible, and what will give you the control you need?

Groups are great for processing multiple inputs at once.  Smaller analog consoles may only have Sub Groups available and no VCAs.  You can assign all of your drum inputs to a stereo group and insert a couple of compressors across your drum mix for a little added punch to your drum mix.  You can send multiple background vocals to a group and compress them so sit together nicely.

You’ll also want to consider AUX buses.  If you are doing monitors from FOH you’ll want the aux buses to be Pre Fader and depending on the console; you may only have the option of certain aux buses being Pre Fader.

Which Auxes will be for monitor sends and which will be for effects?  How many effects do you need? If there are enough available, it’s a good idea to have separate effects for different inputs.  For example, have one for drums, a different one for vocals and yet another for instruments like keys and guitars if needed. This gives you more control and allows for more clarity in the mix.

These are just a couple of things to think about when you are setting up your workflow on the console.  For me, I build my workflow around control and efficiency, but you may have other ideas, and I’m curious to hear what works for you.

For more from Michelle, check out Mixing Music Live Michelle Sabolchick Pettinato: With a career in live sound that spans nearly 30 years, Michelle has been the sound engineer
for some of the most recognizable names in music. Since her first tour with the band ‘Spin Doctors’ in 1992, Michelle has been touring the world as an independent Engineer, mixing a variety of Rock and Pop artists including Elvis Costello, Mr. Big, Melissa Etheridge, Goo Goo Dolls, Styx, Indigo Girls, Jewel, Gwen Stefani, Ke$ha,and many more.