First Out of State Gig – Take One! 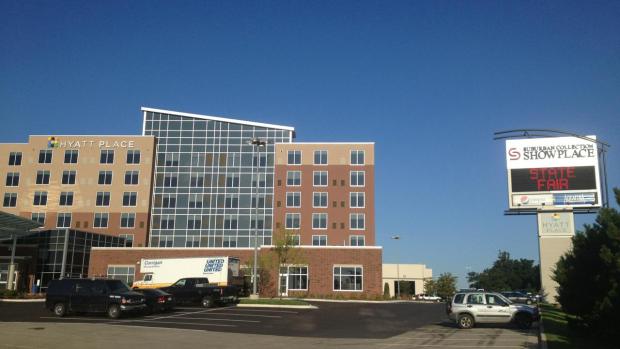 A couple days before we were to leave, we were told that the whole PA would be changed. The PA changed about three or four times before we got a concrete list of the equipment we would be using. Eventually the sound system we used consisted of two d&b hangs of four J8’s, four T10’s, and one B2 per side. The monitor system consisted of four M4 wedges and two E9’s for side fills. Rod and I had to prep all of the gear again, before we finally loaded it into the truck and drove the semi to Michigan the next day.

The load in was rough, as I had never done a show like this before and I wasn’t sure how to go about it. I was also unsure of my job duties. The local crew were all union and were extremely helpful. We started to unload the truck and I supervised the local crew to make sure all of the equipment ended up in the right place. It took a few hours to get power and we were unable to get the boxes in the air. We set up Amp world while waiting for power. After lunch we were finally able to fly the main and delay hangs. We then had to hang the FOH to MON snake in the air with Gac-Flex and shackles. 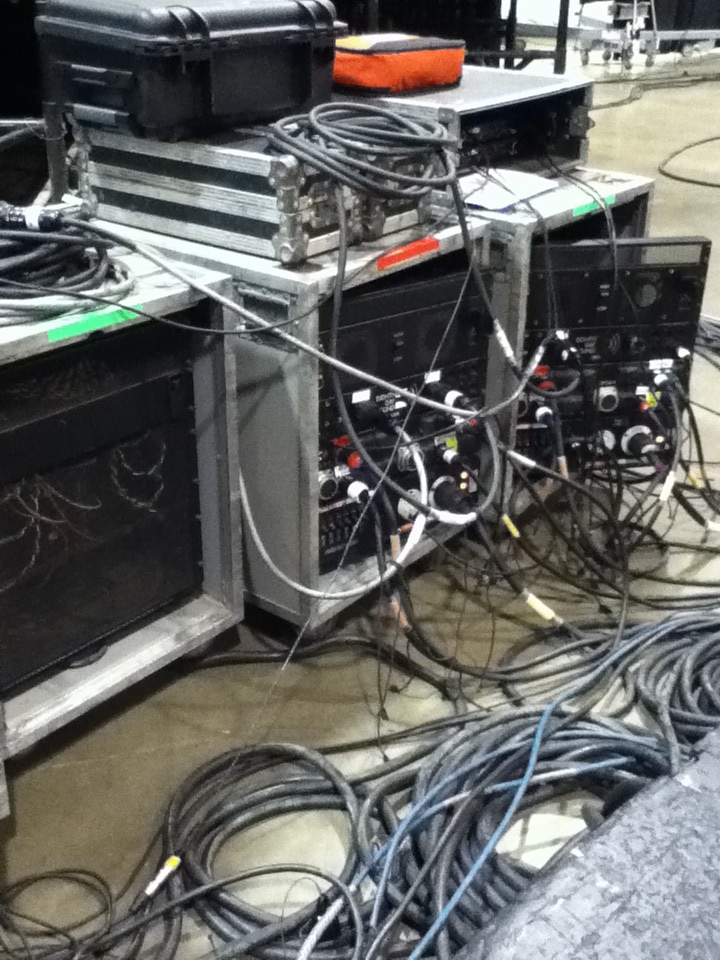 My cables were a mess! I had cables coming from all directions, stacked on top of each other. In addition, I had to power additional units and my once clean Amp World had become a ridiculous mangle of cables.

I was so distracted with everything else going on, I hadn’t focused on keeping things neat! I tend to be a soft spoken lady but I had to learn how to be a leader and give orders on where things go or how/where to run the cable.

It was a long day – loading in at 8 am and working past 9 pm. Rod and I had spent the day working out mis-patched racks and sorting out a hum in the monitor wedges.

The next day we had a technical rehearsal before the show and everything went very well. The first show went okay, video had problems with a pesky dongal which made the video flicker randomly throughout. Rod and I had a few issues to work out as well. FOH was up on a 6 ft platform way in the back of the venue which made it difficult for Rod to set proper volume levels. We also had problems with so many reflections in the room.

It was a large rectangular conference room with bare walls, concrete floors, and metal rafters and roof. 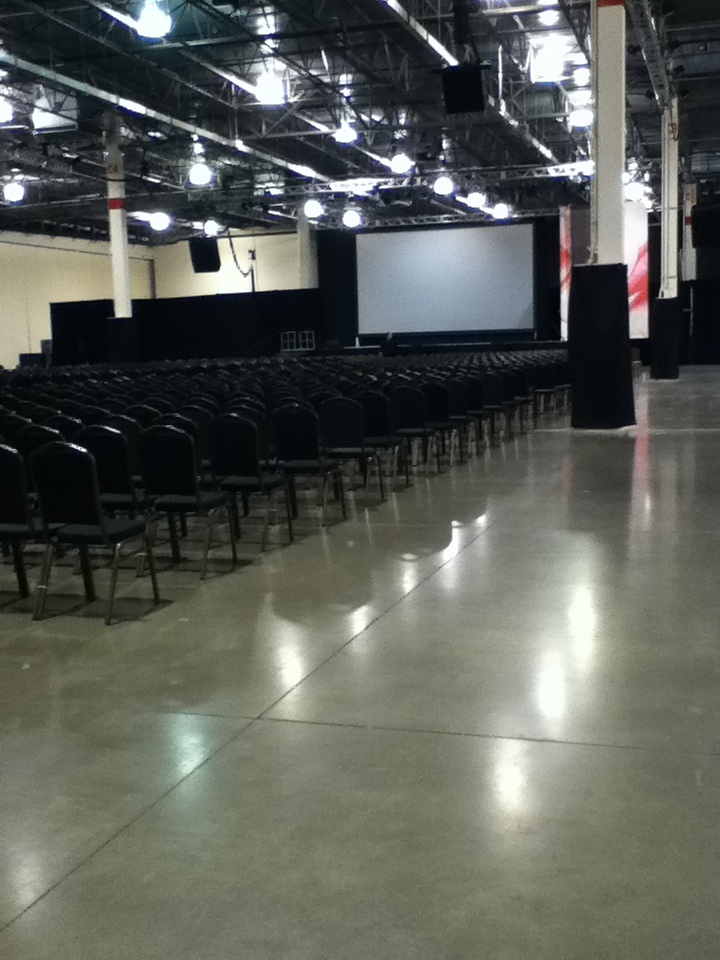 The heating system and emergency PA were our enemies. The heating system was so loud we had a hard to time competing with it. The show coordinator turned it off during the show. The conference room was cold all weekend long. The emergency PA system had a short somewhere and would intermittently crackle throughout the day. Thankfully it wasn’t too loud and wasn’t constant. The next day was our last show and it went off without a hitch. Immediately after the show we started load out and this time I had a plan.

I had the stage hands pack up the monitors and coil all of the cables. I focused on getting all the microphones and COM units collected and put away. I then had to round up all of the miscellaneous items that video had borrowed. I had some hands tackle the cables in Amp World, and others disconnect the cable extensions for the fly hangs. It all went so quick and in no time we were able to bring in the main hangs and get the speakers and cabling packed up.

I was finally no longer afraid to take the lead on things and was able to give instructions on what went into what cases and where the cases needed to go. I found out that the more I spoke up the more help I got. Go figure. I even had a planned area near the dock where all of our gear was to end up after everything was packed up. Everyone was very receptive, incredibly helpful, and quick! We had everything packed up and organized to be loaded into the truck in under an hour! The only thing left to pack were pieces of rigging that was the last to come down. By the time I had finally collected all of our rigging, the truck was basically packed and ready for lighting to load their stuff into the truck. In all it only took us two hours to load out which completely beat the 12 hour day we had at load-in.

Novi, Michigan was a great learning experience for me and I learned a lot. I made plenty of errors along the way, and got lost in the chaos a time or two but I came out with a much better understanding of how a show should run. I also learned what job duties the second technician on a gig is responsible for. I found my voice and have more confidence in myself as a technician which made the next show in Rochester, NY the following weekend so much easier.

Touring Life and Being a Mother
April 2014