Last week Mina Göl Berthelsen and I attend a “drum mic event” in Copenhagen, Denmark where we both live.
There were 12 sound engineers gathered together with a drummer, a drum kit and “tons” of mic’s. The idea of the event was to put two or three different mics on each drum part, and then record them on to individual tracks to compare them with each other.
We had the drummer playing different rhythm, (Rock, Latin etc.), and then played back in a loop where we were comparing the different e.g. kick mic’s up against each other by listening to one at a time. Kind of an A-B test.
We probably had five rounds with traditional and not so traditional drum mics. Some mics were used again, but on different drum parts. Totally, we were checking out approximately 30 – 35 microphones.
There were many surprising elements – both good and bad ones. Well for instants B181 from Shure on a snare is excellent, (None of us had used it before. Nevertheless, it could be the new sm57. It sounds good, you can use it at almost anything on the drum kit and it seems solid as a rock).
The good ol’ B52a on kick drum was not good at all, when you were listening to the new sm91 right after. And if we thought that you can’t go wrong with a DPA4011 on a drum kit – well, then we were wrong…Instead it was a nice surprise that the mic’s from Audix (D2, D4, D6) really sounds great on Kick and Toms
Of course sound is subjective – and you should always go for the sound/mic that you prefer. However, at this event we all pretty much agreed on which mic would be good for which drum part – and which mics did not worked in general! In the end, we were making a “star kit for drums” and the winning mics were: Kick sm91 + RE20, Snare Top B181, Snare Bottom DPA2011, Hi Hat sm57, Tom Audix D2, Floor D4, OH AKG 414 (214).
In all it was a great event that lasted from early day to late evening – and it was a great way to meet associates and a fun way to get around the different mic’s you can put on a drum kit. We all, experienced and less experienced sound engineers, learned a lot that day 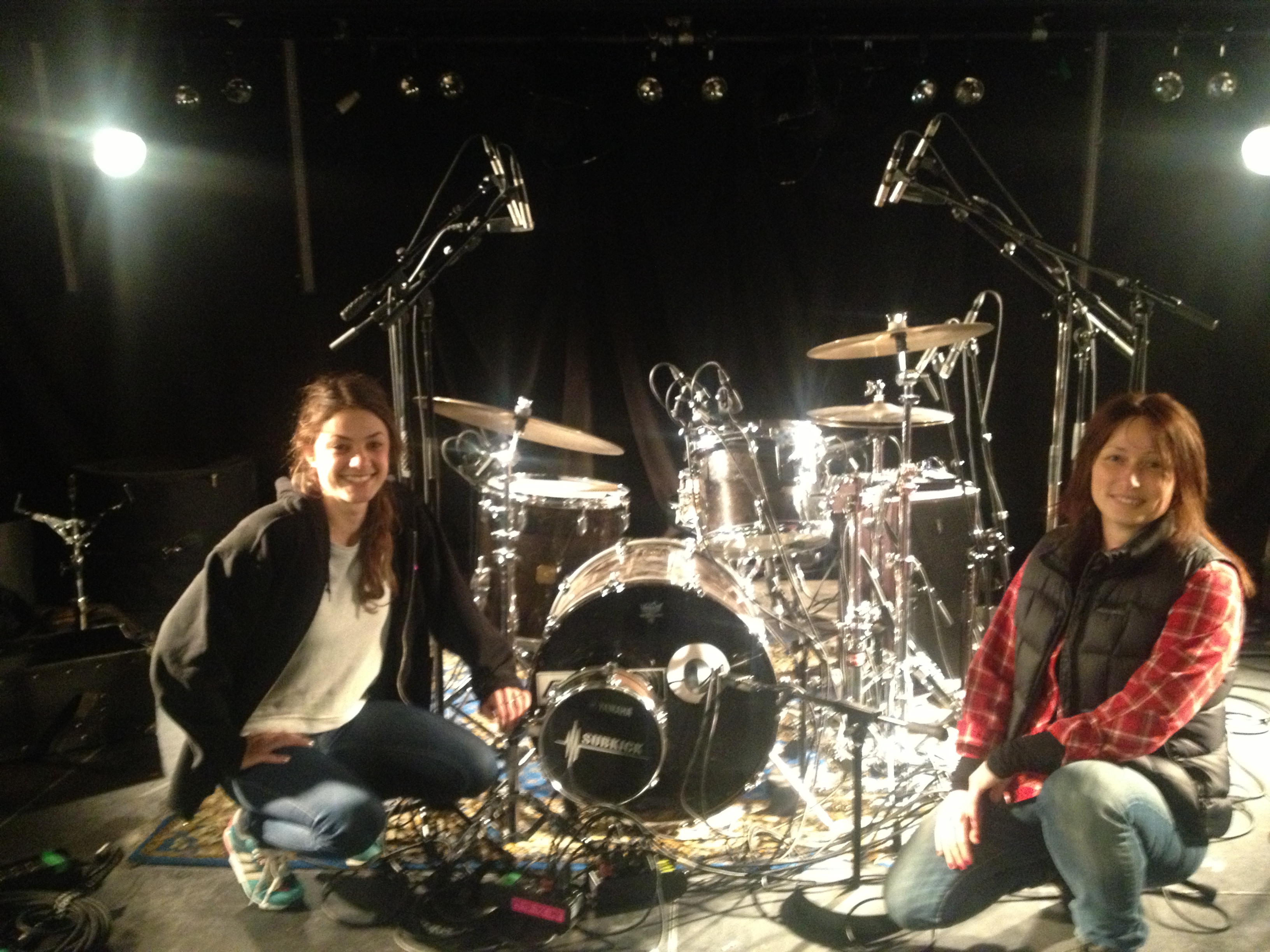 Don't Screw it Up
In memorium of SoundGirls.org member Julia Brightly