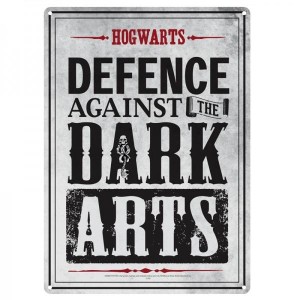 In my last couple of posts, I talked about the process of getting ready for a new monitor gig, from getting the call, right up to dialling the band’s mixes in. I touched briefly on RF, but it’s a big topic, and one that merits its own post, especially in a monitoring context. In this post we’ll look at the basic principles which will give you a good foundation for a clean radio platform. As RF is a complex subject, it’s beyond the scope of this article to go into great detail, so I’ll also offer a few links that will give you more in-depth information about the science behind it all – and it is science, as much as you’ll hear it referred to as a dark art! I advise reading up on it as much as you can within an audio context, but there’s no need to get caught up in the math beyond a basic understanding, unless it interests you and you plan to specialise. I also recommend attending the training days that are sometimes offered by major manufacturers like Sennheiser and Shure, as they give you a great chance to ask questions face to face. But for the basics that will serve you well, here we are – a monitor engineer’s guide to RF.

Firstly, make sure you have the right tools for the job. Just because a transmitter and receiver from different manufacturers are in the same frequency range, it doesn’t mean they’re compatible. Compansion (compression > expansion) is the process by which a signal is compressed before transmission, and then re-expanded in the receiver. It’s important for the compansion circuitry in a system to be compatible with its ‘other half’, for optimum performance and signal to noise ratio, so make sure your transmitters and receivers are designed to be used together.

Choose the right antennae. That usually means directional paddles over twigs for radio mics, and if they’re active, have them set on the lower gain. (Higher gain means they pick up over a greater area, but they pick everything up, not just the frequencies you want, and 3dB is ample for most stage applications.) A helical or ‘bubble’ antenna for IEMs offers superior reception to a paddle, but be aware of the polar coverage – typically a 40 degree cone-shape, so keep that in mind when you position it.

Minimise connections. Every connector in the path of an antenna cable results in some RF signal loss, so avoid extending RF cables and using excessive adaptors and panels.

Maintain direct line-of-sight between transmitters and receivers. An antenna that’s tucked around a corner and can’t ‘see’ the stage won’t do its job well, and keeping an artist’s IEM pack antenna on the outside of their clothing is good practice where possible. You may have to negotiate with the wardrobe department if you’re doing a costume-heavy show, but it’s very normal for wardrobe to make a little fabric pouch for the pack to sit in.

Use the right cables. It’s easy to mistake a BNC cable that’s intended for the back of a desk (ie MADI) for an RF cable, as they have the same connectors – but they have different impedance and you need to keep them separate. RF uses 50 ohm cable, digital data uses 75 ohm. It’s also worth using a specific low-loss cable such as RG-213 with N-type connectors for IEMs – they are thicker than standard cables and BNC connectors, and lose a smaller amount of RF signal – especially useful in circumstances where you have no choice but to run longer cables.

Keep those cables short. An RF signal would always rather travel through air than cable, so keep cable lengths to a functional minimum – never use a 10 metre cable if a 5 metre will reach. If you need more than 10 metres, reassess the positioning of your racks to see if you can get them closer.

Get high. Height is your friend when it comes to antenna placement, so take stands up to their fullest extension. Diversity receiver paddles for radio mics can be close to each other – minimum of 1/2 wavelength is good practice – the wavelength for a 700mHz signal is  around 40cm, so a T-bar on a single stand is fine. Keep some distance between receiver paddles and your IEM transmitter antenna though – I usually put my IEM antenna nice and high near the downstage edge of my desk, and the receiver paddles at the upstage side.

Set your squelch. Squelch is a muting mechanism that silences the audio output of your receiver should an erroneous signal cut across it. This is a good thing – that signal can be a lot louder than the desired one (ie your IEM mix) and can give the listener a nasty blast of noise. We want to set the squelch low enough to allow our desired signal through, but high enough to keep out the uninvited. Around 7-11 dB is a good all-rounder – if you set it too high, the desired signal will also be muted more easily when your artist moves further away (because of signal loss).

It’s not enough to simply have clear spectrum (ie nothing else transmitting) around your frequencies. Not all frequencies play nicely together, and they can intermodulate – a phenomenon whereby they interfere with each other, even though they may not be close by in range. Most manufacturers equipment will therefore have preset ‘groups’ of frequencies that are compatible, and there are also charts available, as well as software that can calculate compatible frequencies for you. When everything is set up and tuned, you can check for intermodulation by switching every transmitter and receiver on, then switching one transmitter off at a time, checking to see that the associated receiver has lost all RF signal, and then switching it back on to repeat the process with each transmitter/receiver pair. A little tip here – make sure that your radio mics are not all sitting in a pile – the proximity will make them intermodulate no matter how compatible the frequencies, so spread them out on a work-surface with their antenna ends pointing away from each other.

Be aware of the effect that LED screens have on RF – they transmit low-level interference, so you may need to play around with optimum antenna placement. If it’s just a single backdrop screen it shouldn’t be too bad, but if you have an entire stage made from LED screen, as on one tour I did, you may need to enlist the help of an RF expert who can fix you up with a high-powered booster for your transmission.

Be aware that RF hates metal. (Not the music, it’s quite a fan of many hard-rock bands I believe…) No, RF hates to touch metal hardware, so keep packs off metal belts or costume parts, and make sure antennas aren’t resting on metal walls or truss. It’s all to do with an interesting phenomenon called the Faraday effect.

Get the right tools – I highly recommend investing in a hand-held scanner if you tour and use RF regularly. Some places you will switch your receivers on to see a hot mess of RF coming from who-knows-where (TV stations and cellphones have a lot to do with it!), and it saves you a whole heap of trouble to get a visual of what’s going on in the spectrum rather than flying blind. Then you can look for the ‘quiet’ gaps, and plan your frequencies accordingly.

Finally, use your ears!

RF is a science, but the end user – your artist – is a piece of biology! Test out their experience before you hand them their RF equipment – walk the performance space with their pack (not a PFL pack on engineer mode – that won’t tell you if there’s anything wrong with their hardware) and talk to yourself in their mic the whole time – that way you’ll experience any problems for yourself and have time to fix them before they walk on stage, so they have a happy, peaceful RF time up there. And we know what happy artists make, right? Happy monitor engineers!