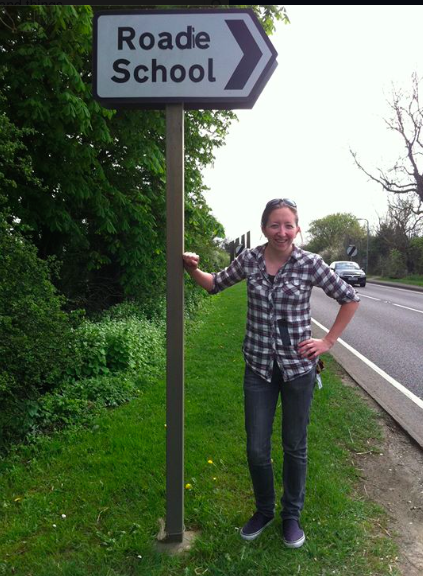 Claire got her start the same way as hundreds of backline techs do, by playing guitar and realizing the band thing just was not going to work out. Claire found it difficult to find people with the same passion and drive that she had and decided to focus on touring as part of the crew. She started out by helping friends bands and making a nuisance of herself, when she started to take it seriously and started working at some rehearsal studios. She started to meet people in the industry and learn more about backline equipment.

She has been working professionally and full time for five years, and has learned how to tour manage. While she enjoys the challenges of tour management, she says,  “there’s nothing like being a backline tech in the wings with the band two feet from you, and the pressure of the gig”. In her short time working she has been fortunate to work with some great bands, including the Raveonettes, Therapy, and The Answer. 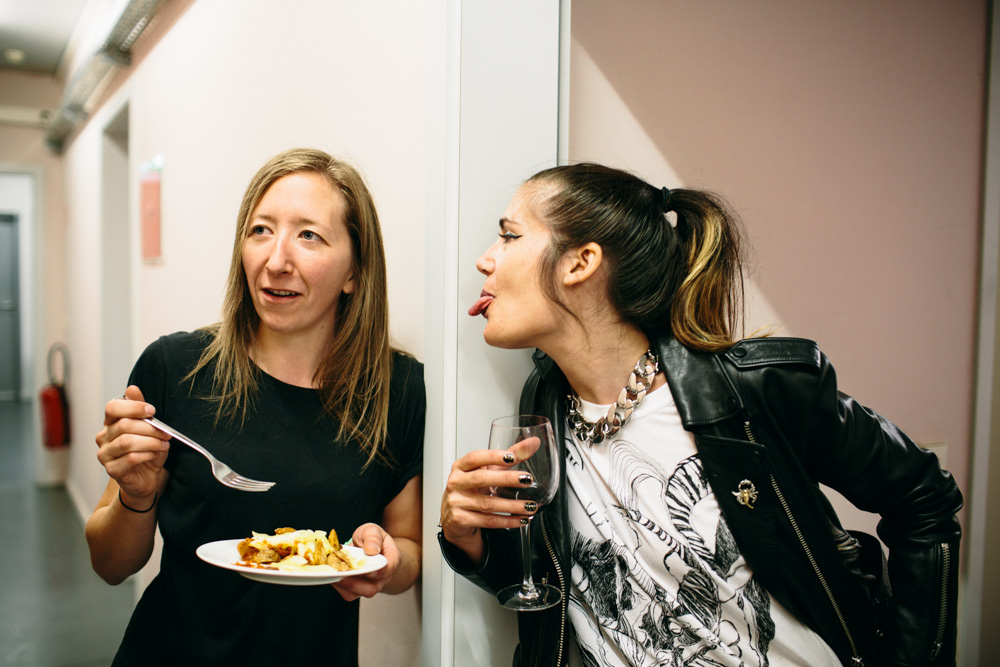 She recently spent a few months in the states with the Dum Dum Girls; it ended up being an all women crew and band, with the exception of guitar player Andrew Miller. Claire says they had the best time touring together. Dana Wachs was the FOH Engineer.

Was this a conscious decision on the part of the Dum Dum Girls to hire all women?
As far as “I’m aware, it just happened. They’ve had male crew in the past, so it wasn’t a conscious decision, just whoever was right at that time. As you know, a lot to do with a successful tour comes down to touring with the right group of people, regardless of sex. I think it just happened that way. Personally I’m always keen to work with bands that have women members, as they are still the minority, and it usually makes for a fun dynamic on the road. I tend to gravitate towards those bands and maybe end up socializing with them more, which as you know can  lead to more work. 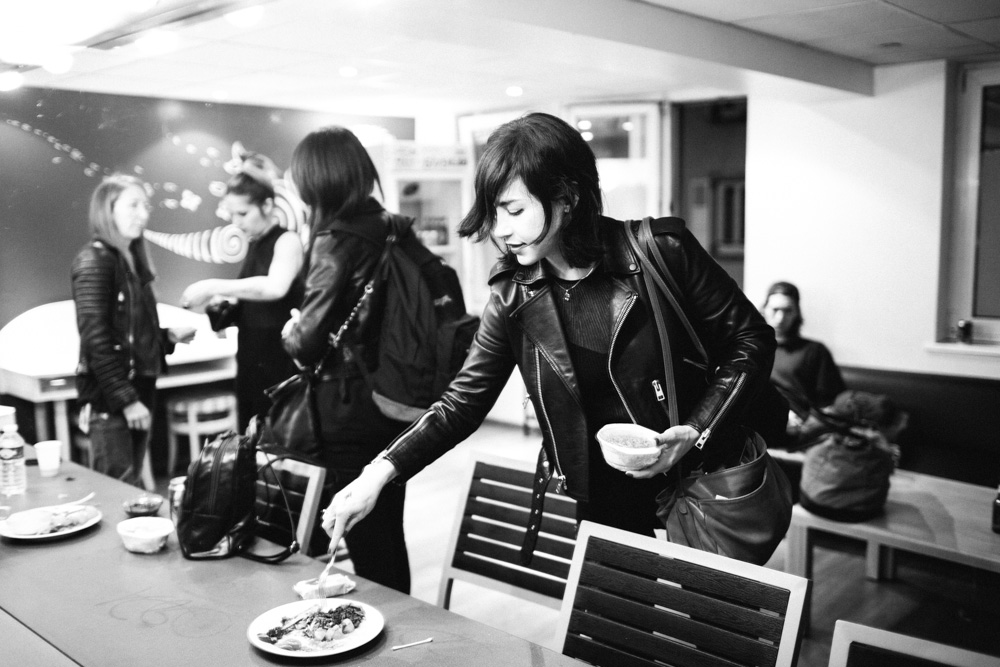 Did you find it different from touring with an all guy crew? If so in what ways?

I think I felt like we were a gang, and it felt like going on tour with a group of friends, but that could simply be down to the people and personalities versus everyone being female. I think it was somewhat easier looking after everyone. As a tour manager, we were all the same age, and all have our lives centered around music, so it was one big family. It was easily one of the best tours I’ve done. I’d love to say that was down to it being 99% female.

I bet some heads turned seeing an all women crew and band.  Is there a particular moment that stands out?

Oh definitely.. and people commented. Which I loved! because I’m totally pro women doing anything a man can do in a male dominated industry. I suppose they just don’t expect everyone, band and crew, to be female. I do remember Andrew saying he felt a little odd that he wasn’t doing any lifting/unloading the van, etc., and women were doing it instead. 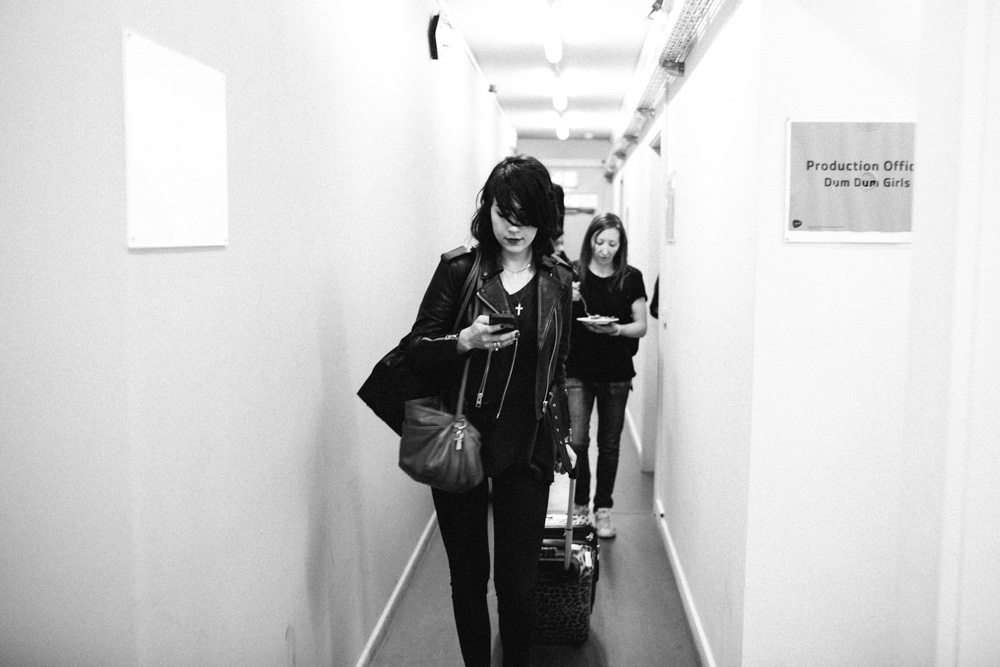 Why did you choose to become a backline tech over another position?

I’m not sure I “chose” it as such, it was a natural thing to do. I’ve always been a huge fan of live shows and spent a lot of my youth going to concerts. I would see these guys (I don’t think I ever saw one girl!) doing the changeover, and I knew I wanted to do that. Helping to bring the show to the stage has a huge satisfaction, because I know how important it is to see a band live, and how exciting it is. I have now moved into tour management as well, just because it brings its different challenges, but I will always have a soft spot for being a backline tech.

Do you have a specialty?
I’m all about the guitars. I’m taking drum lessons right now, but I stay away from drums if possible. Don’t ask me why, I think it’s the way my brain is wired.

There are very few women doing backline, have you found much resistance from artists to hire you because you were a woman?  How have you handled it?

I’ve found it to be an advantage. At least I have never come across open discrimination due to my gender. A lot of bands like the fact they have a woman on tour with them, it calms the testosterone. Sometimes you get comments about how rare it is, or “do I need a hand with lifting that darling!?”, But that’s often from my crew.  I’ve never felt intimidated or out of place, but that might just be because I’m a tomboy as well so I can hold my own with the guys.

Why do you think there is a lack of female backline techs?
I guess most backline techs play the guitar or have an interest in guitars/backline. There are fewer girls playing guitar than guys so I guess it stands that fewer girls would be interested in doing the job. Saying that, I think a lot more girls are playing guitar, drums, etc. these days. Hopefully, there will be an increase over the next few years of women wanting to tech. A case can be made that girls and women are  not aware that these are jobs available to them. If they never see any women doing it. I can count the number of female backline techs I’ve seen on one hand, which is a sad thing, but with more exposure hopefully that will change. It is quite a physical job, but that should not put anyone off because I know big guys who are useless at lifting gear, as it’s all in the technique, not your size!!

What is in your suitcase?

What can’t you live without on the road?

A good cup of coffee and a dose of sushi once a week!

What is your favorite part of the job?

Strangely, probably the last song of the show and packing down, because that’s when you can relax and know the show has happened, and everything (hopefully) has gone OK.

There isn’t much I don’t like about the job, I do like my job! I’m not an early riser, however, so probably early morning lobby calls.

Go karting or a spa/swimming.

What are three of the most important lessons you’ve learned?

Be nice, don’t be afraid to ask questions, never think you know it all! 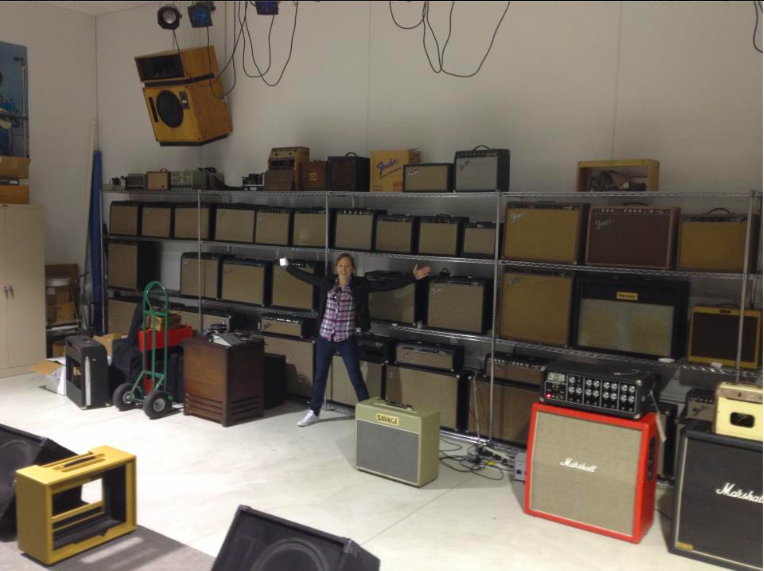 Finally, what are you currently working on?

I’ve just finished the Raveonettes’ last album tour campaign and a tour with a band called Starset who were supporting In This Moment. I’m constantly busy running my company Trash Tours; we do splitter van rental and storage, which fills the gaps when not touring. I’m very much looking forward to heading out on the Social Distortion tour with the support band Jessica Hernandez & The Delta’s. That should be a lot of fun.