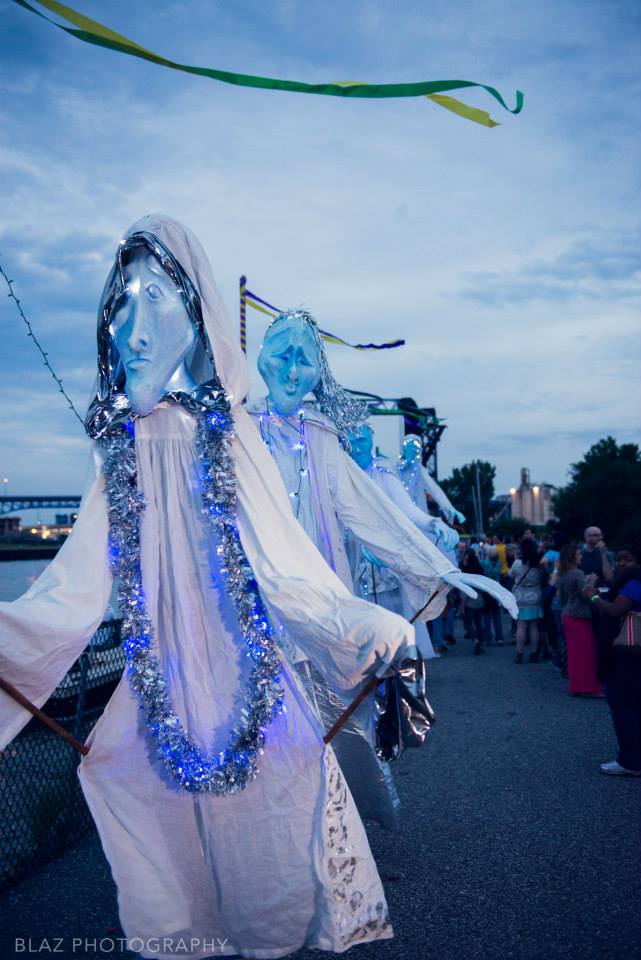 Artists from the Cleveland Museum of Art

After a bit of a rough show Friday night, we showed up early in the day Saturday to regroup and figure out how to make things go a lot smoother. We did end up catching some heat from our superiors about the hiccups we had the previous night but that was kind of expected.

So Rachel and I decided to change things around. Instead of having individual scenes for each group with different inputs, we decided to make a master festival scene with inputs that would not change throughout the show. We also reduced our inputs by eliminating the guitar amp mics and micing a select few of the drums such as kick, snare, and overheads. Then to make it even easier on ourselves we placed four vocal mics out front with two DIs at the foot of each vocal stand for the musicians to easily plug in too. Getting a generic stage and scene setup was definitely the better route to go. I found it much easier to manage inputs and allowed us to get levels for everyone much faster than the previous night.

Our first performers for the day were These Knees, a fun energetic indie pop band from Cleveland. This band consisted of four musicians, a drummer, guitarist, bassist/back-up vocals, and the lead singer who switched between guitar and keys. These Knees were very dynamic with their set. They played a lot of happy bubbly tunes but also mixed in a few melancholy songs as well. The lead singer kept me on my toes with switching between instruments every so often but it was a fun change of pace and the band was a blast to mix. 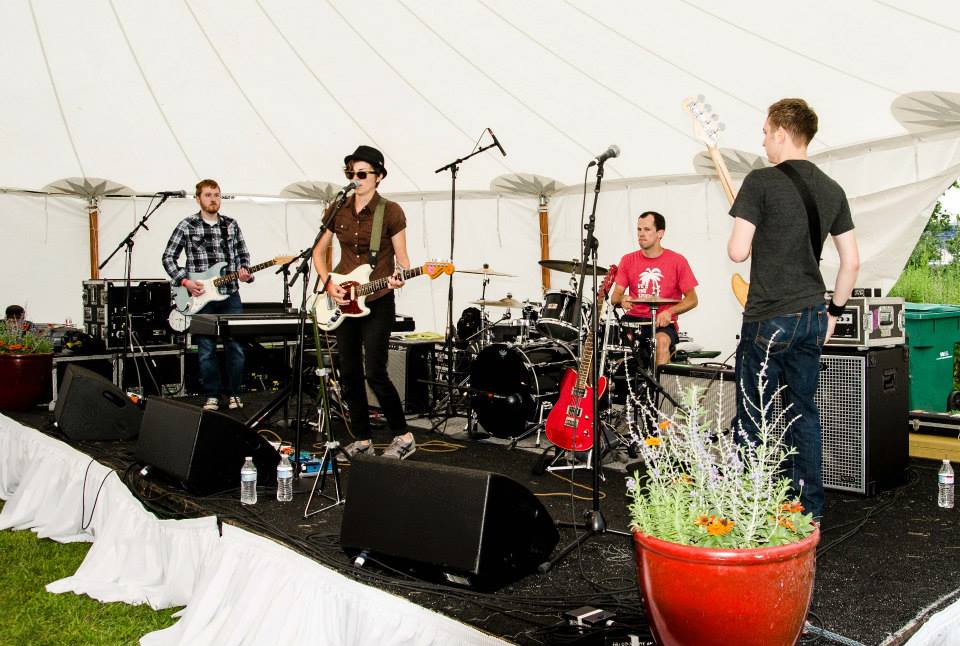 The next performer up was the DJ Party Sweat who played lots of funky vinyl hits for the 60s and 70s. His setup was the easiest for us. We only had two lines running from him, Music Left and Music Right. Unfortunately during his set we got a strong thunderstorm that kept us all on standby to shutdown the show. Luckily for us we were able to let him keep playing with minor interruptions from our stage manager with weather updates. 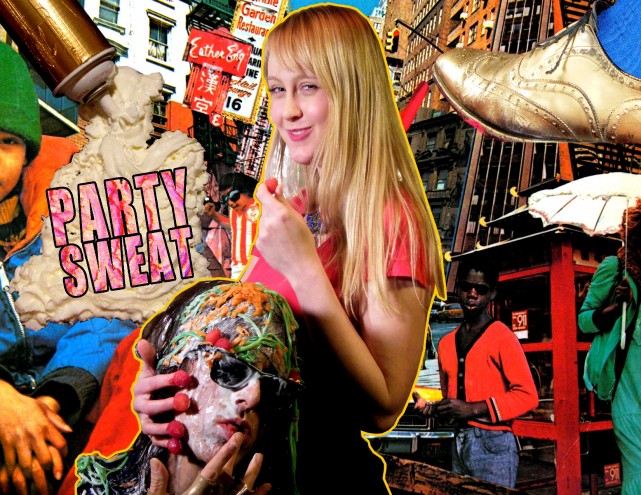 Our third band was Jah Messengers, a well known local Reggae group. The group consisted of a drummer, guitarist/vocalist, bassist, saxophonist, keyboardist/vocalist, and a percussionist with congas and other fun percussion instruments. It was a full stage and a bit of a struggle to get it all miced but it was smooth sailing once we got everything set and line checked.Their performance went well with little to no hiccups on our part which made us feel pretty good with how the day was going and how the changes we made were working out. 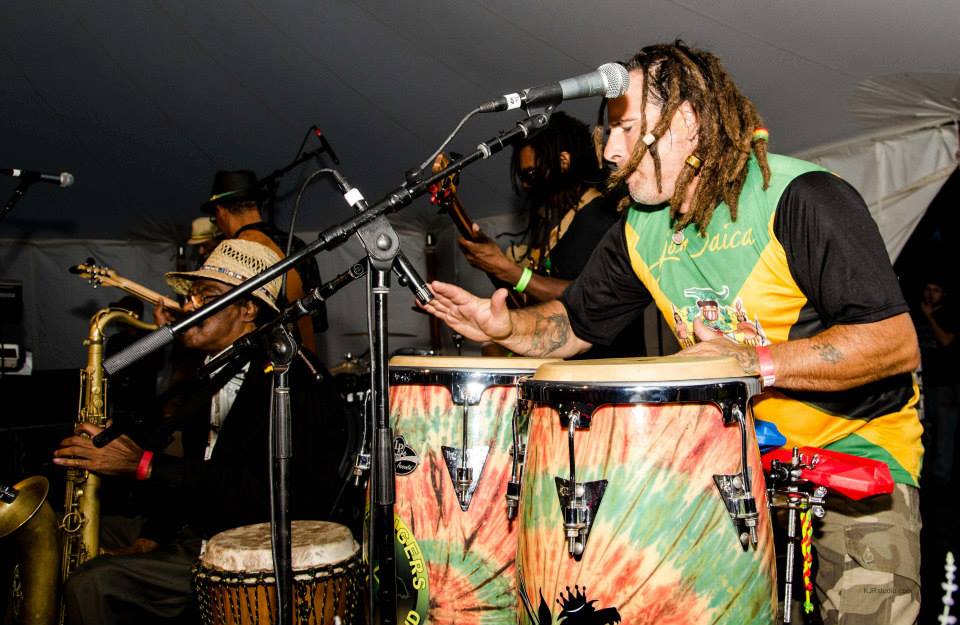 Up next was The Missing Letters, an up and coming rock band from the Midwest. The set up was a great change of pace with more original stage set up from the previous act. The band consisted of two guitarists, a bassist, and a drummer. Their set was full of loud hard rock but they were able to keep their guitar amps at a reasonable stage level which helped us out a ton when mixing the monitor wedges and PA. We were able to avoid feedback from the wedges since we didn’t have to push the volume and we were able to get a decent mix through the PA. 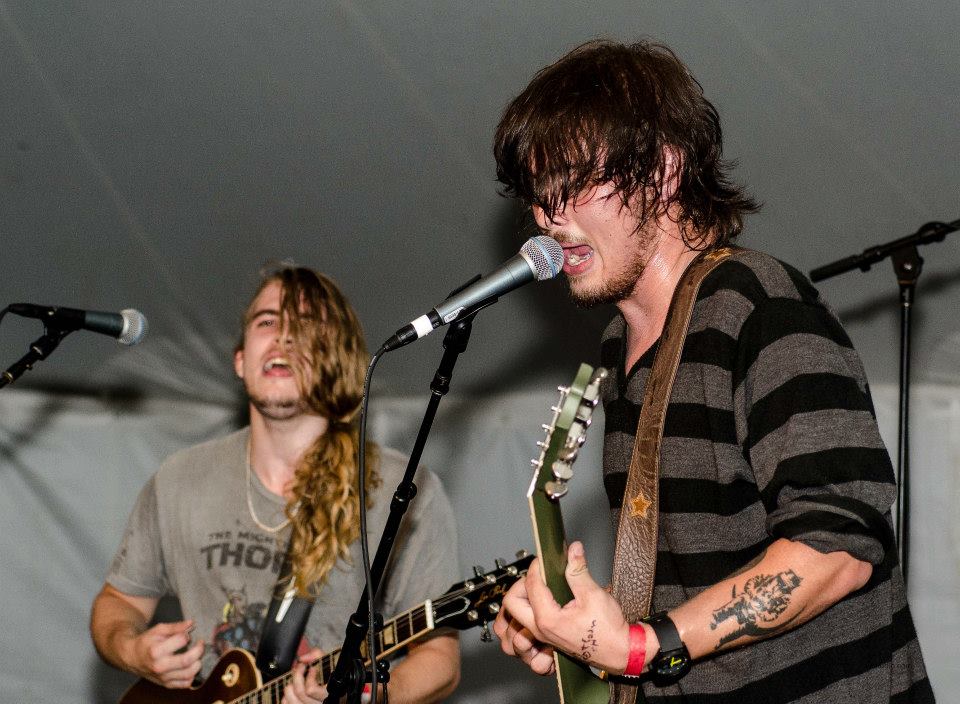 Our last performance was from Attic Wolves, an alternative folk band from Kansas City, Missouri. These guys had all sorts of acoustic instruments ranging from the mandolin, banjo, electric upright bass, and an accordion. The band consists of a drummer, a bassist, a mandolin player/singer/songwriter, a guitarist/singer/songwriter, anda banjo player. These guys were phenomenal. Very quick to get set up and get started. Once they were on there way they sounded awesome. A lot of three part harmony and great folk and blue grass vibes. The audience loved them so much we even allowed a three song encore! 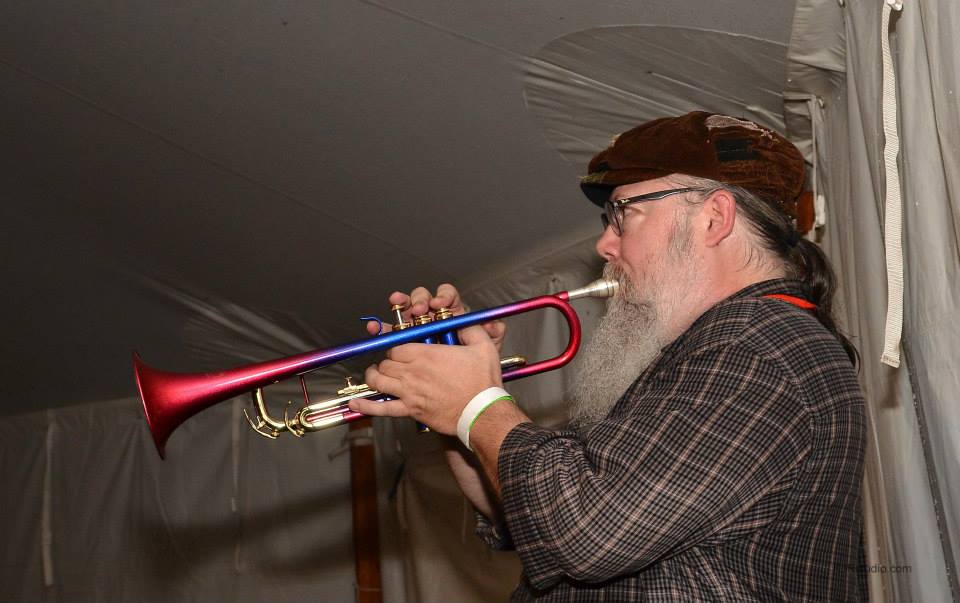 It was a great night and a very successful day. Rachel and I were ecstatic at how well the day went. We couldn’t have imagined it going any better. We definitely learned a handful of lessons from this gig with a lot of ups and a few downs but after all is said and done it was a wonderful experience. 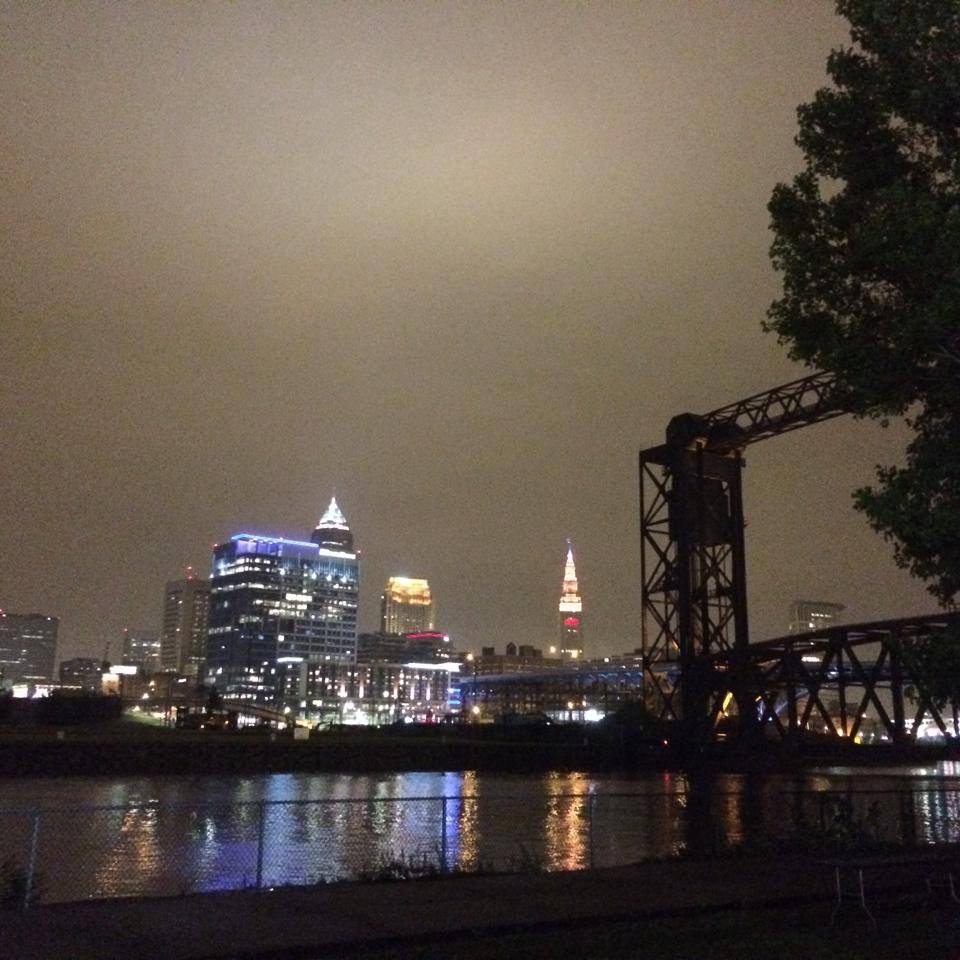