One of my first interviews in LA – and worst interviews – came through an industry job website. I saw an ad for a sound mixer for a “film with an up-and-coming director”. I sent my resume asking if they needed a sound assistant. I was interested in learning production audio but didn’t have any credits or gear. To my surprise, I got a call back a few days later from their production assistant.

“We already started filming and our sound mixer had to leave the project. We need someone immediately. Are you available?”

“I also don’t own gear. Are you providing any?” She urgently replied yes, so I asked what they had. She couldn’t remember exactly, so I started naming off some gear.

“Yeah, it’s something like that,” she said, cutting me off. “Why don’t you just come in for a meeting and we can sort it out.” 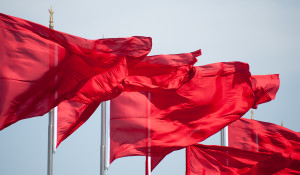 We arranged to meet at their headquarters (a house in the Hollywood Hills). It was my first time in the Hollywood Hills, so I was prepared for mansions and expensive cars. After an hour in traffic to get to Hollywood, I weaved my way through the hills only to find a lot of run down houses, overgrown lawns, and beat up cars. I pulled up to an average looking home with a ton of cars out front.

I was greeted by the woman I spoke with on the phone. She told me to sit at a table (which was oddly placed in the entryway two steps from the front door). She returned with a guy who introduced himself as the production manager. He asked for my resume and looked it over briefly.

“Umm, yeah, it looks like you don’t have production experience,” He said. “Do you have your own equipment?”

“No…” I replied, confused from the phone conversation I had earlier.

“Well, April, we’re looking for someone with equipment. But, we still need production assistants, if you’re interested in doing that.”

“Maybe,” I said. I figured I might as well hear him out since I had driven all the way up there.

“Basically, you would be one of the first ones on the set and the last to leave. You make sure the food is there and set up on tables and that everyone is in the right places. Sometimes it’s running errands and just whatever else we would need. It would be six days a week, 12 hours a day for the next six weeks. We can’t pay you, but if there’s extra time you could probably help out the lighting guys. The sound guy usually doesn’t need help.”

I told them I would consider it and would get back to them. I was in and out in less than five minutes. I didn’t call them back.

Looking at it now…

There were a lot of red flags that I missed because of inexperience. As someone new to town, the idea of working with an “up and coming director” was exciting – but what I didn’t know is that there’s a lot of people who think they are up and coming. Anyone with a camera can call themselves a filmmaker and put up an ad looking for crew. It’s also a common tactic to name drop to recruit people to work for low or no pay. Sometimes jobs like those can still be a good opportunity, but you have to ask yourself: What else about this opportunity is valuable? How many hours a week am I willing to commit for no pay?

On the phone, I assumed I was speaking to someone in a managerial position like a producer, associate producer, or production manager. The person who called was a production assistant (PA), which is typically an entry level job – the same job they offered me in that 5 minute interview. If I had that phone call today, I’d ask a lot more questions. I’d try to gauge if it was a professional, semi-pro, or amateur film. Instead of accepting vague answers, I would ask for an email or call back before agreeing to come in for a meeting (so we’re not wasting anyone’s time). It’s ok to ask about the hours, location, job duties, gear, or pay range – especially if they didn’t provide that information. It’s not rude or pretentious to ask: “Could you clarify some things for me? I want to make sure I’m available and can provide what you need.”

Sometimes gig listings (especially online) use the wrong terminology or job title. For example, “sound mixer” is usually the title for production sound or location mixer. In online ads, “sound mixer” can mean anything from location mixer to sound editor, sound designer, music mixer or re-recording mixer. I once had someone contact me to do a mix when they actually needed a composer. There’s a lot to learn from amateur and semi-pro projects, but it’s good to know going in that there could be a learning curve – you may have to teach your client what your job entails (or the proper title for your job).

Sometimes it’s good to do interviews just to gain experience, but commuting over an hour each way for a 5 minute meeting wasn’t worth it. It’s ok to politely turn down an interview if you’ve changed your mind – but it’s also ok to keep the interview if you see value in the experience, relationship, or the potential for a future opportunity. 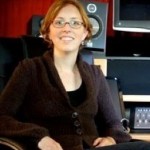