An Introduction to Sync Licensing 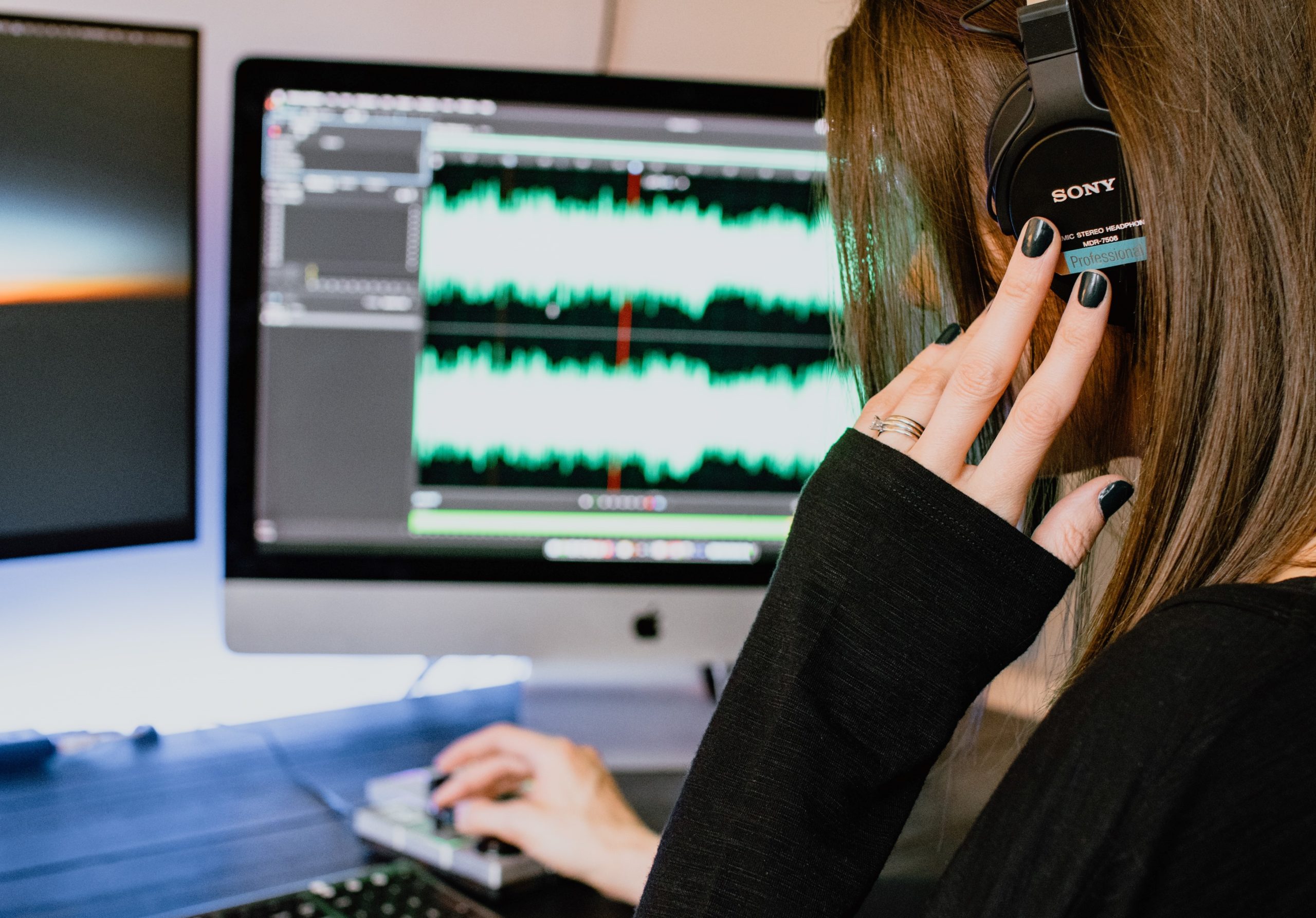 As a musician, you have most likely become aware of the word “sync”. Perhaps you have researched and feel you have a pretty good understanding of the basics. Maybe you’ve even had sync placements. This blog is going to cover the basics for those who are just hearing the term, but more importantly, I want to help you figure out if sync is for you. In my opinion, there are two clear pathways for a musician to take when it comes to seeking out sync licensing opportunities. Hopefully, this will help you determine if one of those paths is right for you.

Music Supervisor is the person who chooses music for every moment of a film or show. Sometimes the composer and the supe are the same person (lower budget films, usually)

A Music Library is like a library of music. People searching for music can search the database, filtered by various features, such as mood, tempo, genre, female vocal, male vocal, instrumental, and so on.

A Sync Agent is a person (can be independent or work for an agency) that is like the go-between for music supes and musicians. They will often take a cut of the sync fee and might also work in a percentage of the master use.

Production Music is the common term used for “background music”, but may have vocals. Music libraries will often compile “albums” of production music by theme, a specific mood or genre, etc. The licensing is already handled with the creator, which makes it much easier for music supes to quickly select a song without having to wait for agreements, approvals, etc.

What are “songs” that “work for sync”?

When music supervisors are looking for music, they are looking for a certain type of energy, a mood, a feeling. Surprisingly, a good sync song may not necessarily be a “hit” song and a “hit” song may not necessarily work for sync. Once in a while, a hit song is also a great sync song, but that is not the norm. Either way, when the perfect song is found for a particular scene or ad, magic can happen.

The best way to really understand what sync is all about is to do a little observation exercise. You are simply going to observe your normal day of Netflix watching or whatever way you watch your shows. Only today, pay attention to the music being played in conjunction with whatever you are watching. Whether it be a movie, a documentary, a reality show, a TV show from the ’80s, pay attention to the music. How many snippets of songs do you hear in each episode? Do any of the songs sound like “radio” songs? How many are instrumentals? Now, what about the ads? I don’t watch regular TV anymore but I do have a few shows that I love to watch on YouTube. So I still see ads quite regularly. How about you? What kind of music are you hearing in the ads?

Every piece of music you heard was composed, written, performed by a person or people. Each piece of music supposedly has a proper license. A cue sheet was also submitted to a songwriting organization so that the songwriters and publishers can be paid a royalty. The value of that piece of music varies from a penny to hundreds of thousands of dollars and everything in between. The amount paid is based on numerous factors; is it background or under dialog, is it playing on the radio or jukebox on screen, is it with vocals, without vocals, how much of the song is played, where in the film, such as opening credits, montage scene, etc., and is it a well-known song or major artist or an indie? Sooooo many factors play into the “value” of that placement. Some songs are paid an upfront sync fee in addition to the songwriting/publishing royalties. Some are not. Some of the songs (especially background, instrumental music) are composed by someone who might work directly for the company creating the show/movie, or the composer may work for the publisher or library that licensed the music. It’s a complex biz.

So, what about the two paths?

I landed my first sync placement back in 2006 ish and it was sort of a fluke. The long story short is that a co-writer/co-producer and I wrote the song specifically for a small, independent film after reading the film synopsis. The song made it into the movie, which aired on ABC Family (and is still streamed regularly on a variety of platforms). Then we shopped it to some music libraries and a music publisher. One of the libraries secured multiple placements for that song, plus several other songs we had already written. In recent years, I’ve tried to dive deeper into creating specifically for sync but seem to have no time for that. I’ve become crazy busy as a full-time music producer for artists. This has helped me clearly see the two paths.

Path one: you are a creator of hundreds of songs, beats, tracks and are pitching almost as much as you are creating. In this path, it is a numbers game. It’s all about quantity. The more “content” you have, the better your chances of getting a sync placement. This scenario is ideal for you if you;

On this path, you can start out by pitching to music libraries but the ultimate goal will be to network to the point where you are receiving briefs from sync agents and production companies directly. This path can take a lot of time before you begin to see the fruits of your labor. Time is needed to make connections, to find good collaborators, and to earn the trust of sync agents and libraries.

Path two: you are an artist who is focusing on building your artistic brand, creating songs that connect with your fan base, creating music that you love and intend on performing. OR you are like me and love producing with and for artists to help them build their career as artists. This path is ideal for you if you:

If this is the path for you, pitching to a sync agent or a manager or producer who has connections to sync agents or music supervisors may be your best bet. If your genre is very current, it may have a short shelf life so get going on that pitching asap. This path requires that you focus on the main goal (building your music business as an artist and/or producer) and perhaps spend a few hours a week on pitching, emails, metadata, and contracts.

If you are on path two, you can try your hand at creating a song or two that are “you” as an artist and could be released on an album or as a single but would also work for sync. There’s nothing wrong with that approach! How do you know if your song would work for sync? Remember the statement above about songs for sync needing to capture a mood, etc? This is very important. What is also important is that there are no lyrics that are about a specific time, location, person, etc. Once in a while, a song with specific lyrics can work perfectly for a scene but it’s better to keep the lyrics “generic” enough to increase your chances for placement. Generic doesn’t mean boring! This is the actual struggle! Writing lyrics that are genuine, interesting, engaging but not specific is actually the hardest part.

If you are wondering if your songs are “sync ready”, I’m happy to give them a listen and throw my opinion at you. 😉 Send me up to 3 songs and put “Sync Songs?” in the subject line, to becky@voxfoxproductions.com 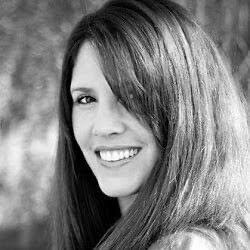 Becky Willard is a Warm Audio featured artist, a music producer, recording engineer, songwriter, composer, vocalist and mentor. She began working with artists almost 30 years ago as a vocal and songwriting coach. It was a natural transition from coach to producer as she guided singers searching for their sound and began recording them in her home studio. In 2010, Becky founded Vox Fox Studios and has become the go-to producer for many Utah artists as well as artists from all over the world. These artists go to Becky to produce their music because they know they will get their best vocal performances, modern production sounds and mixes that are “radio-ready”. As a songwriter herself and session vocalist, her songs and voice can be heard in dozens of TV Shows and movies. As a woman in a male dominated field, Becky is actively engaged in educating and inspiring young women in her community and worldwide to pursue music production and engineering.

Read Becky Willard's Blog
Follow Becky Willard on
Browse All SoundGirls Contributors
X
We use cookies on our website to give you the most relevant experience by remembering your preferences and repeat visits. By clicking “Accept All”, you consent to the use of ALL the cookies. However, you may visit "Cookie Settings" to provide a controlled consent.
Cookie SettingsAccept All
Manage consent