A Lesson About Fun & Failure 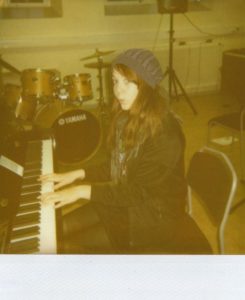 A Young and Serious Olive

When you are working hard towards your goals, it is easy to forget to take time off and have some fun. In all honesty, I take myself way too seriously all the time. I need to remind myself to have some fun, sometimes.

When you have a goal that you are working towards, booking new and challenging projects, chasing deadlines, client meetings, pushing yourself to get a little bit closer to your goal, your dream. And somewhere on the way I guess you just forget to have fun.

I had a rehearsal the other day, two hours of going through a DJ set. Two hours of playing my favourite music, what could go wrong? Well, I will tell you this, EVERYTHING went wrong. It was hilariously bad. I was laughing and crying because I couldn’t believe it went so poorly. I messed up everything! But I had so much fun and instead of beating myself up about it I just thought “Hey, it is better that this happens in practice and not on a gig.”

A younger me would not have cried with a such a bad rehearsal. I believed the world would end because I messed up, feeling I would never improve, never be good enough. A younger me would never have thought that I one day would become a Production Manager. The feeling that everything you do has to be perfect and systematic was always on my mind. The fear of failure! And when you fear failure you stop having fun.

Luckily I never listen to myself, how wise or unwise I may be. However, I did luckily listen to the people who encouraged me. 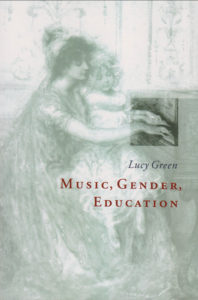 But in all seriousness, from a young age, women are taught not to explore and have fun, they are not allowed to make mistakes. There is this excellent book by Professor Lucy Green called Music, Gender, Education. It is worth the read and as a woman, it explained a lot that I had never thought about and why I was feeling the way I did as a young woman.

How we are educated from a young age is perhaps why we have a more systematic and serious way of being sometimes.

So let us make music because it is fun, not because we have to. Let us rehearse and mess up. Let us have bad days and know it is not the end of the world. Let us have some fun on the way to reaching our goals and let us pick each other up when we feel down. 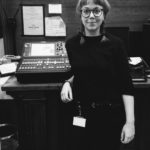