Mary is a Grammy-nominated recording and live broadcast engineer and works in radio production at WFMT Radio. She also works independently with clients and teaches at Columbia College and DePaul University in Chicago. She got her start at the legendary Universal Recording Studios in 1991.

The 50th Anniversary of The March on ... 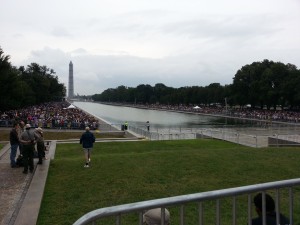 August 28, 2013 marked the 50th anniversary of the March on Washington where Dr. Martin Luther King Jr. gave his historic I Have a Dream speech. The original March on Washington for Jobs and Freedom was broadcast in its entirety (fifteen hours) by The Educational Radio Network (ERN) the fore runner to NPR. While WGBH […]