7 Sound Alternatives to Working for Free

Ebonie Smith Why are Female Producers Everywhere, Yes so Invisible?

Catherine Vericolli – A Sense of Wonder

In the Studio with Sylvia Massy

Behind The Glass: An Interview with Producer/Engineer Trina Shoemaker

Where Are All the Women Producers? Here Are Five Famous Ones

Why are Female Record Producers So Rare

150 Female Producers You Need to Know

Where are All the Women Record Producers

If You Want To Be Somewhere, You’ve Got To Occupy It’: How Women Are Changing The Face Of Engineering And Producing

Behind the Console: 10 Sound Engineers Changing the Game 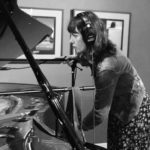 Coming in 2019 Jen Athan is a composer and producer based in Glasgow. Her work spans many different styles and genres and typically features her love of sampling and experimenting with new sounds. She has written music for theatre shows and short films and enjoys creating music to accompany a narrative. 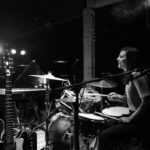 Coming in 2019 Kate Haldrup is a Nashville-based freelance recording engineer and drummer. She graduated from Indiana University’s Jacobs School of Music in 2014 and has spent most of her professional career in a studio recording environment. She enjoys the hands-on process of analog recording, and gained a lot of experience on tape machines and maintenance while working at Welcome to 1979 in Nashville. Kate also absorbed an extensive knowledge of vinyl mastering and the vinyl industry while at ’79. Most recently she has been freelancing in Nashville both as an engineer and drummer and loves participating in full band live-tracking sessions. 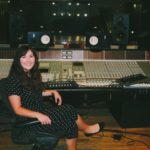 Coming in 2019 Virginia Haladyna is a musician, songwriter, performer, and freelance recording engineer based out of Austin, Texas. Upon graduating from The Recording Conservatory of Austin, she went on to intern and work out of the world class Orb Recording Studios. She has recorded two full length albums, EPs, and multiple singles for local Austin bands. As well as recording other artists, Virginia records and mixes her band Happy, Hollow. She’s assisted sessions alongside established musicians,producers, and engineers the last four years and plans to continue honing her craft for many more. 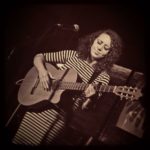 Coming in 2019 Michelle Sciarrotta is a singer/songwriter, composer and musician. She holds a BA in Music Performance and a music teaching degree. Michelle has worked all over the UK and Europe as a guitarist and co-writer with Blaze Bayley, and she self-produces her solo projects. She is passionate about women’s rights and education for girls.

Divine Affliction: Perception Through a Feminine Lens Blog Series: The blog hosts theoretic discussions on the intersections of gender and music production.

Leslie Ann Jones- Having the Courage to Raise Your Hand

Cynthia Daniels – Taking the Leap and Living Your Passion

The Road from Montreal to Louisville – Anne Gauthier

Natalia Ramirez – Tuning her way into the music industry

Breaking the Barriers of Sound from Colombia