Join us for a panel discussion and Q&A featuring some talented women working and succeeding in the world of recording arts. The evening will end with a casual mentoring and networking session.

Moderator: Erika Earl has been working in the professional audio industry for over 15 years. She has worked as the Director of Hardware Engineering at Slate Digital and has held key positions in the audio industry: Chief Tech at The Village Studios, working in live sound, and quality control and repair for leading audio manufacturers including Drawmer, Focusrite, Tube-Tech, and Daking.

Producer/engineer LENISE BENT is one of the first women recording engineers and has worked on many iconic records including “Aja” by Steely Dan, “Breakfast in America” by Supertramp and “Tusk” by Fleetwood Mac. She was also the first woman to receive a platinum album for engineering on Blondie’s AutoAmerican.

Catharine Wood is an established Los Angeles-based composer/producer & studio owner. She launched her versatile career engineering on high profile commercials – including the first Apple iPhone spot. As a mix/mastering engineer, she has delivered over 500 (both original & client) commercially released songs airing on many major networks. Catharine is a Grammy®️ Voting Member, P&E Wing Member and holds positions on the LA Recording School’s Professional Advisory Committee and the California Copyright Conference Board of Directors. Her facility, Planetwood Studios, LLC specializes in production & composition services for the Film & TV Industries. 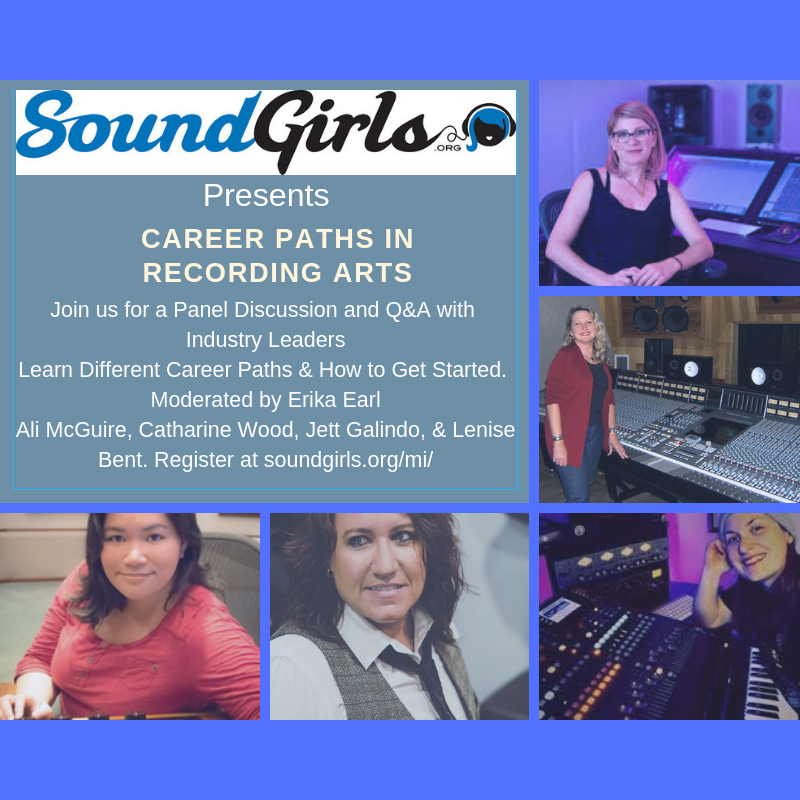