Q&A with sound no.1 on Six The Musical Eleanor Theodorou

In Focus Women in Audio

Audio queens: A discussion about women in audio technology

Handling pressure is a huge part of the job’: engineer Liv Nagy on mixing sound for theatre

On Sexism and Audio Engineering

This Girl is On Fire

Broadway Producers Have Hired a Total of 5 Women to Design Sound. Ever. 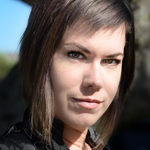 Elisabeth Weidner: Elisabeth is a sound designer, composer, and engineer based on California’s Central Coast. She holds a degree in Commercial Music from Florida State University, and has been working professionally in the live sound industry for over 15 years. She is currently the Sound Director and Resident Sound Designer/Composer for PCPA, Pacific Conservatory Theatre, where she started as the resident FOH Engineer. She has composed two full length young audience musicals, and is always working on the next one. Elisabeth also freelances as an audio/video technician at a local concert venue and as a West Coast sound designer for theatre. 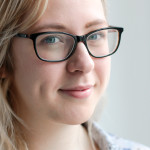 Yvonne Gilbert: With a background in theatre and mixing musicals, Yvonne will be blogs about her current projects and tips and techniques she’s found useful.

About Yvonne: Autograph Sound gave me my first theatre job as a sound No3 on Grease at the Dominion theatre. Over ten years and having mixed many musicals later I decided to get a “real job” and became a Sound Manager at the Royal National Theatre in London. I got the sound design bug while working there and was lucky enough to design in-house shows while working there. I realized that was the direction I wanted to take my career in and Autograph again were kind enough to take me on as an associate for a few shows. Since then I have been the Sound Designer for musicals and plays in my own right. I also mix FOH for Musicals and Concerts.