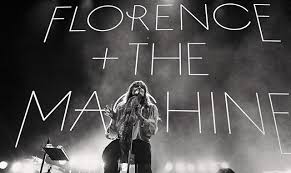 SoundGirls Members who are actively pursuing a career in Live Sound or Concert Production are invited to shadow FOH Engineer Brad Madix and Monitor Engineer Annette Guilfoyle on Florence and the Machine.

Please fill out this application. If you are selected to attend, information will be emailed to you.

Monitor Engineer Annette Guilfoyle:  Annette has been working in professional audio for over 20 years and is currently the monitor engineer for Florence and the Machine. Annette has worked as a FOH and Monitor Engineer, as well as system teching. She has mixed monitors for Paul Weller, Goldfrapp, Ocean Colour Scene, Editors, Elvis Live in Concert with Orchestra and more. SoundGirls Feature Profile on Annette

Career Paths in Film and TV Sound: Stories of Tenacity
Positive Action for Women in Music