A MAC got her start in Philadelphia PA doing FOH at live sound venues all over the city then moving on to touring with acts like Fetty Wap, Post Malone, and T Wayne.

In 2017 A MAC decided to move to LA to work in the studio with the best in the world. After getting her first studio job at Melrose Sound in Hollywood she branched off to work with labels such as Atlantic, Warner, GOOD Music, 88 Rising, Hitco and more. https://www.amaculent.com/

Vanessa’s live shows and music has been compared to the raw bare bones rock ‘n roll of Nirvana along with the appeal of Liz Phair and Chrissie Hynde, authenticity of classic artists such as Patti Smith and Neil Young mixed with the pop sensibilities of commercial radio artists such as Green Day and Metric.

Widely known for having a very strong DIY ethic and wearing many different hats in the music business —Vanessa has worked for heavy hitter’s in the music business such as Producer / Songwriter Dr.Luke as well as for many companies and places ranging from the Foo Fighter’s Studio 606 to Epitaph Records.
https://www.vanessasilbermanofficial.com/ 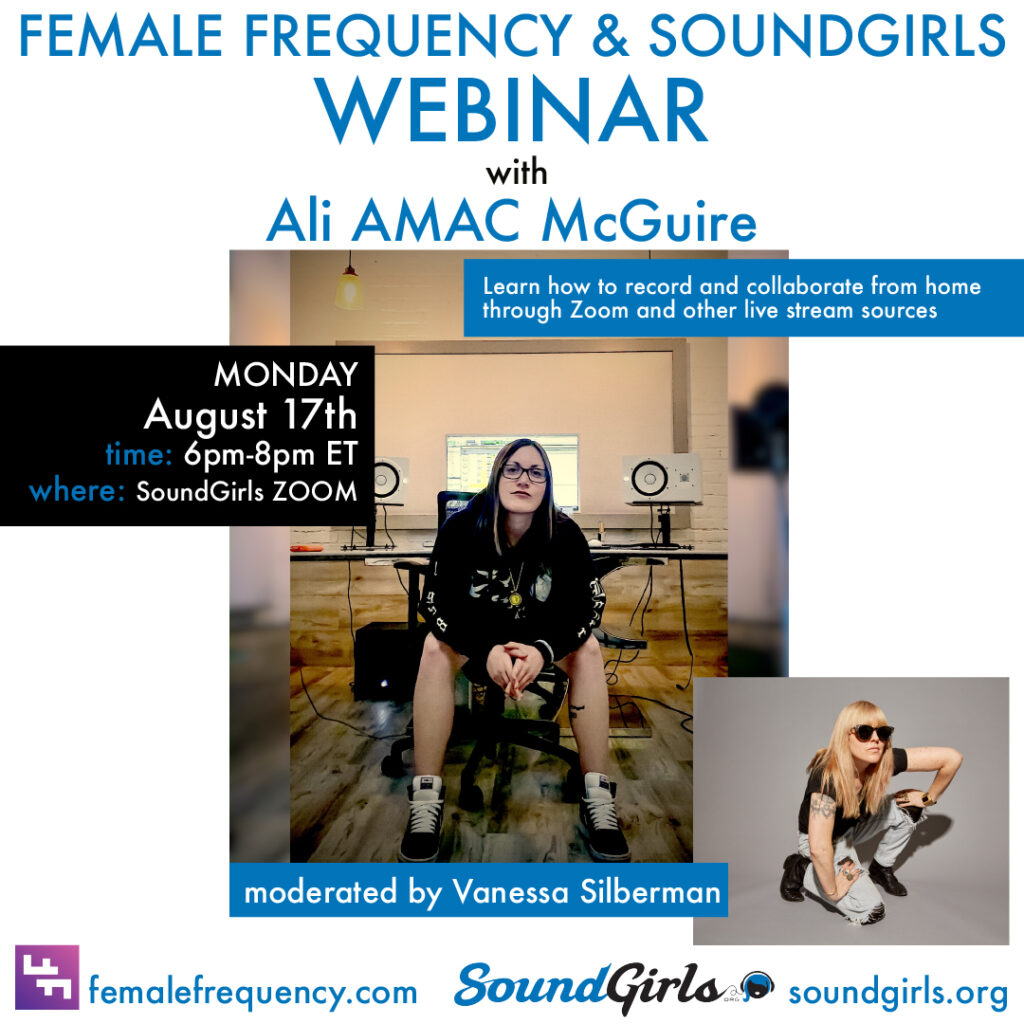 News
Mary Mazurek – When One Door Closes Keep Knocking
How Can We Boost Intersectionality in Audio?