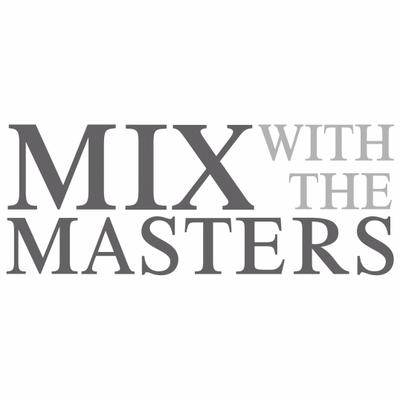 SoundGirls Members have the chance to receive a 2,000€ scholarship provided to SoundGirls members from Mix With The Masters.

There is one scholarship available for the week-long session with Grammy and Multi-platinum Producer/Mixer Craig Silvey. (Travel and remaining tuition balance not included)

This is a week-long seminar valued approximately at 4,000€ and includes lectures and workshops, accommodation within the mansion, catering (breakfast, lunch, dinner) the fitness room, swimming pool, and shuttles from Avignon to the studio. (Travel and remaining tuition balance Not Included)

You must have an advanced understanding of audio and work as producer/mixer/engineer to attend Mix with the Masters.

Apply for the scholarship here

Deadline to apply is April 17th

You are responsible for Travel to France and the remainder of the balance to Mix with the Masters.

Craig Silvey is a London-based record producer and mix engineer from the Bay Area of northern California.

He first set foot in a recording studio as the keyboard player of a high school band. The facility was owned by his bandmate’s father, who allowed the use of his equipment but wouldn’t go as far as operating it for the group. Silvey was keen to accept the challenge.

He soon became an apprentice engineer at Russian Hill Recording in San Francisco, taken under the wing of George Massenburg. In the early ‘90s, Silvey progressed to working at Skywalker Sound for Lucasfilm, where he got involved on records and movie projects for Mariah Carey, Linda Ronstadt, Jennifer 8, and Rising Sun.

In 1994, he co-founded Toast Studios in San Francisco, where he worked with a diversity of artists including R.E.M., Money Mark, and Suzanne Ciani. In 1998, Silvey moved to London, basing himself initially at Konk Studios and then The Garden. His reputation as a top-flight mixer began to grow as he completed landmark projects such as Portishead’s ‘Third’ and Arcade Fire’s ‘The Suburbs’.

He has since mixed records by Arctic Monkeys, Bryan Ferry, Florence + The Machine, The National, and Noel Gallagher. As a producer, he has worked with Baxter Dury, Bear’s Den, and John Grant.

The process of greatness fostering greatness has long been recognized and is the reason why masterclasses are organized. The Mix With The Master’s seminars is part of this tradition, offering an exchange of in-depth first-hand studio experience and knowledge that is unparalleled and not available anywhere else. Each seminar is conducted by one of the world’s top music mixers and producers, ready to share their professional secrets with a select group of a maximum of 14 carefully-screened, professional-level participants, who come from all over the world.

One factor that contributes to the enormous success of the seminars is that all tutors support the general MWTM ethos, which is about the love of music, music technology, and want to help others. Participants also are in part selected on displaying similar, positive attitudes. The fact that the seminars last a full week is another major contributory factor because it offers tutors the time and space to go into real depth, and the participants the opportunity to spend a prolonged time watching a master at his peak, and to ask any question they can think of.

The tutors share exclusive, insider information on any subject: detailed technical knowledge, how to run sessions, how to handle artists, how to manage a career, the right attitude, how to remain successful, and more. The tutors also assess the work of the participants, by listening to their mixes and mixing recording sessions that they bring, and providing extensive feedback to each participant on where they are at, and how they can get to where they want to be. This is invaluable and offers participants wanting to become world-class professionals in their own right a unique advantage.

Another primary factor in making the MWTM seminars exceptional is that they take place at La Fabrique, a large, comfortable, high-end recording studio located in a picturesque historic building, surrounded by huge, lush grounds, and set in the south-east of France in one of the world’s most beautiful environments. The secluded and idyllic location offers the participants and tutors a lot of space to relax and recharge, far away from the hustle and bustle of daily life and the all-demanding intensity of their regular professional environments.

Because the courses are residential, the participants and tutors work, eat, socialize, and sleep in the same environment. While tutors, and participants, will at times opt to retire to their private quarters, there is ample opportunity for social interaction outside of the studio environment. Participants interact extensively with each other and the tutor, making it easier to assimilate the intangible qualities necessary to be successful at the highest level—presence, focus, social skills, intelligence, creativity, the right attitude, and so on.

In short, for seven days participants can experience mixing with a master in both senses of the phrase, mixing and interacting with them. Get more information about Studio La Fabrique