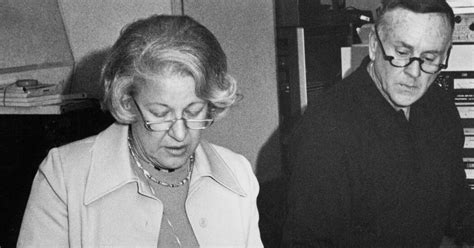 A documentary film about the never-before-told story of Ethel Gabriel, a legendary record producer, and music executive.

Ethel Gabriel may be one of the most prolific music producers you’ve never heard of.

Despite having worked with some of the most legendary musicians of our time, her contributions to the music industry remain relatively unknown and largely uncredited.

It was only when she passed away in March 2021, at the age of 99, that Ethel Gabriel finally began to gain recognition for the more than 5,000 recordings she produced for RCA, as well as for earning 15 Gold records and a Grammy Award in 1983.

A long-overdue tribute in The New York Times revealed her enormously successful five-decade career (“Ethel Gabriel, a Rare Woman in the Record World, Dies at 99”). The Washington Post called her a “trailblazing producer and executive at RCA Records” and NPR WXXI News in Rochester, NY covered Ethel reminiscing on her incredible career: “How could I forget Elvis?” she said. “I made him famous.”

Ethel Gabriel’s legacy includes convincing RCA to sign the young hip-swingin’ Elvis to RCA, helping to establish RCA’s famed Nashville Studio B, and producing some of RCA’s earliest mood music albums and early disco tracks.  Known as the “cool aunt” within her own family, she defied social, cultural, and gender roles in an era long before it was acceptable. She intended to study forestry in college, but women were locked out of the field at that time (the 1940s). Instead, she chose her other passion: music. As a student at Temple University (Philadelphia), Ethel started working for RCA in the record pressing plant. When she left the company nearly forty years later, she was RCA’s first woman executive at the label.

We started production on our film in 2019–and we feel fortunate to have met Ethel Gabriel when she was 97 years old! Because of Alzheimer’s, some of her memories were fading, but her love of music and for her family was keeping her alive. As Ethel told us when we last visited, her music was still in her head.

We are the filmmaking team Caroline Losneck and Christoph Gelfand, and we are based in Portland, Maine. Together, we’ve directed films that have appeared in the New York Times, Camden Film Festival, Rooftop Films, Big Sky Festival, and more.

We’ve been learning and uncovering more about Ethel for almost three years now–ever since our Producer (and audio industry expert) April Tucker first learned about Ethel’s amazing career and story. She shared Ethel’s story with Karrie Keyes at SoundGirls and that’s how this film was born. SoundGirls established the Ethel Gabriel Scholarship Fund, which has been awarded to two students in 2019, 2020, and 2021.

Since 2019, we have interviewed music industry professionals including Leslie Ann Jones (Director of Music and Scoring, Skywalker Sound), who has her own connection to Ethel. We’ve also been honored to interview Terri Winston (Women’s Audio Mission), Producer/Mixer Chris Lord-Alge, Leslie Gaston-Bird (author, “Women in Audio”), Matthew Kelly & Tom Tierney of the Sony Archives, and many others. We have talked with friends, former RCA colleagues, and musicians who Ethel worked with throughout her career, including Warren Schatz (former RCA executive), singer/composer/producer Anne Phillips, tour manager Doe Phillips, and jazz pianist/composer Dick Hyman.

We’ve spent time with Ethel and her family, shared meals, laughed, cried and have enjoyed more than anything having the opportunity spend time with Ethel. We have full access to Ethel’s personal archives, thanks to her closest family (Ed and Nancy Mauro), and are honored to be trusted by Ethel’s family to tell her story.

We are also honored to have received Maine Arts Commission and Ellis-Beauregard Foundation grants. This allowed us to travel to the San Francisco Bay area for some filming in early 2020 before the pandemic began, and to do historical recreations, working with Maine actors and talent. Our film is part of the WOMEN MAKE MOVIES Production Assistance and Fiscal Sponsorship Program, which accepts donations for this film year-round!

WHAT WE NEED SUPPORT FOR

Caroline and Christoph are ready to go back out on the road for more key interviews, shooting, and digging into more archives. Next up is a Nashville trip to investigate Ethel’s role in the creation of RCA’s Studio B and learn more about her relationships with artists like Chet Atkins and Elvis, and her former boss, RCA legend Steve Sholes. We’ve also been invited to shoot more at the Sony Archives in New York City, and have friends and former colleagues ready to share their stories for the film.

WHY MAKE THIS DOCUMENTARY NOW?

Ethel’s story is more relevant now than ever. Recent studies, such as USC Annenberg Inclusion Initiative’s “Inclusion in the Recording Studio?” reveal that only ~2.6% of record producers today are women. “Women producers — and particularly women of color — are virtually erased from the music industry,” the study’s author, Dr. Smith, said.

Why does the disparity still exist, why is it so extreme, and what is being done to change it? We talk with experts and researchers in this area (including the founders of Women’s Audio Mission and SoundGirls) who–through decades of helping women and uncovering and looking critically at stories like Ethel’s–share concrete ways the music industry can move towards real equity.

We are excited about the rewards, both physical and experiential! The Rock & Roll Hall of Fame in Cleveland has a special tour that has your name on it. Our amazing friends at Acadia Recording Company in Portland, Maine (where we’ve filmed historical re-creations) are offering recording time. Maine artist Gil Corral has offered an original black velvet painting. Organizations like SoundGirls and Female Frequency have helped orchestrate the goodies you see in our perks. We’d love you to join this film as a supporter, and any amount helps! We’re grateful for your support.

Filmmaking takes time. While we can’t say when the film will be released, we are aiming to have it completed in 2023.

And finally, YOU are essential to this process. Whether you know of Ethel Gabriel yet or not, it’s likely that her career and the music she ushered into the world has impacted your life and the music you enjoy. Ethel’s story can’t be told without your support!

Please SPREAD THE WORD about this film and important story.

The film is also in association with SoundGirls. KARRIE KEYES is Executive Director and Co-Founder of SoundGirls. Hailing from Los Angeles, Karrie has spent over 25 years as the monitor engineer for Pearl Jam and Eddie Vedder. Karrie started out doing sound for punk bands in Los Angeles in 1986. She was the monitor engineer for The Red Hot Chili Peppers (1990-2000) and has worked with Sonic Youth, Fugazi, and Neil Young.

Producing a documentary takes time (and even more time in a pandemic). We are confident that our experience in the documentary and news world, and our deep connections within the audio and entertainment industry (the people needed to tell the story), will allow us to complete our film. The funds we raise with this campaign will only comprise a portion of what we’ll need to finish the film, but our team has the resources to make a little go a long way. Funding will allow us to film our most important subjects and locations, and most importantly, to have more time with Ethel’s friends, colleagues, and those she impacted. An additional part of completing this film will be the rights and clearances that will enable us to use the music we find so important in telling Ethel’s story. We’ve always seen the music Ethel helped bring into the world as a main character. Any funds beyond our production needs will help cover these costs. Thank you!

Learn about accountability on Kickstarter