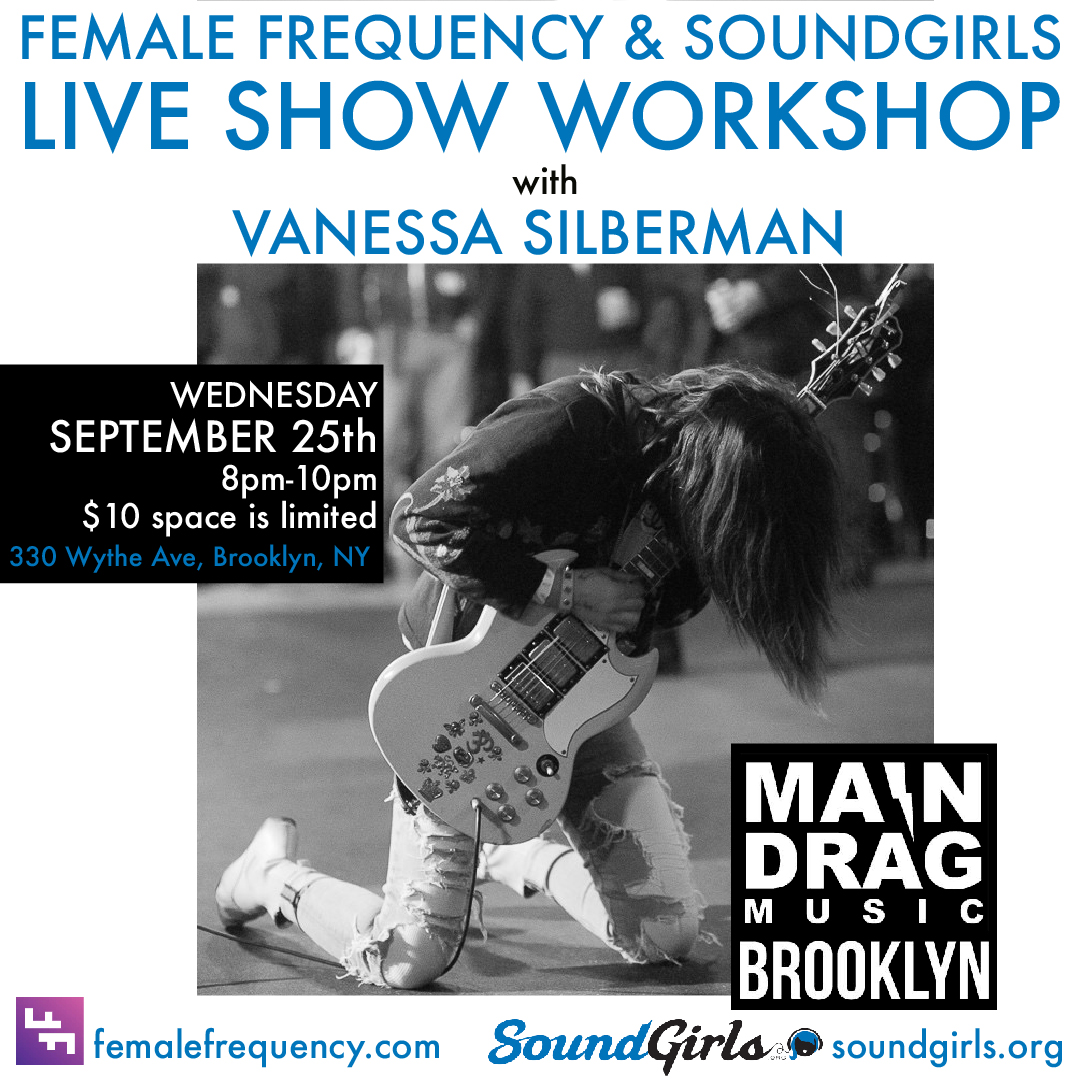 Live Show Workshop – Learn how to book and prepare for a live show. Will also review how to do a soundcheck and how to communicate what you need for your live show with your sound engineer. Taught by international touring singer, guitarist, songwriter and record producer Vanessa Silberman. Presented by Female Frequency & Soundgirls. Workshop & Networking Event.

Vanessa Silberman is an international Touring Singer, Guitarist, Songwriter, Record Producer- Engineer-Mixer, Independent A&R from Los Angeles and has an Artist Development Label called A Diamond Heart Production. Audiofemme.com named the Singer and Guitarist one of the hardest working bands of 2017 as she played over 200 shows in 2017 and has played over 650 shows around the U.S, in the UK & Europe between 2015-2019 in support of her self titled EP & various singles (containing self produced work as well as collaborations with artists such as Ken Susi of Unearth, and Reed Mullin of Corrosion of Conformity). Vanessa has also spoken at numerous panels and events including doing an Artist Series with Today at Apple. 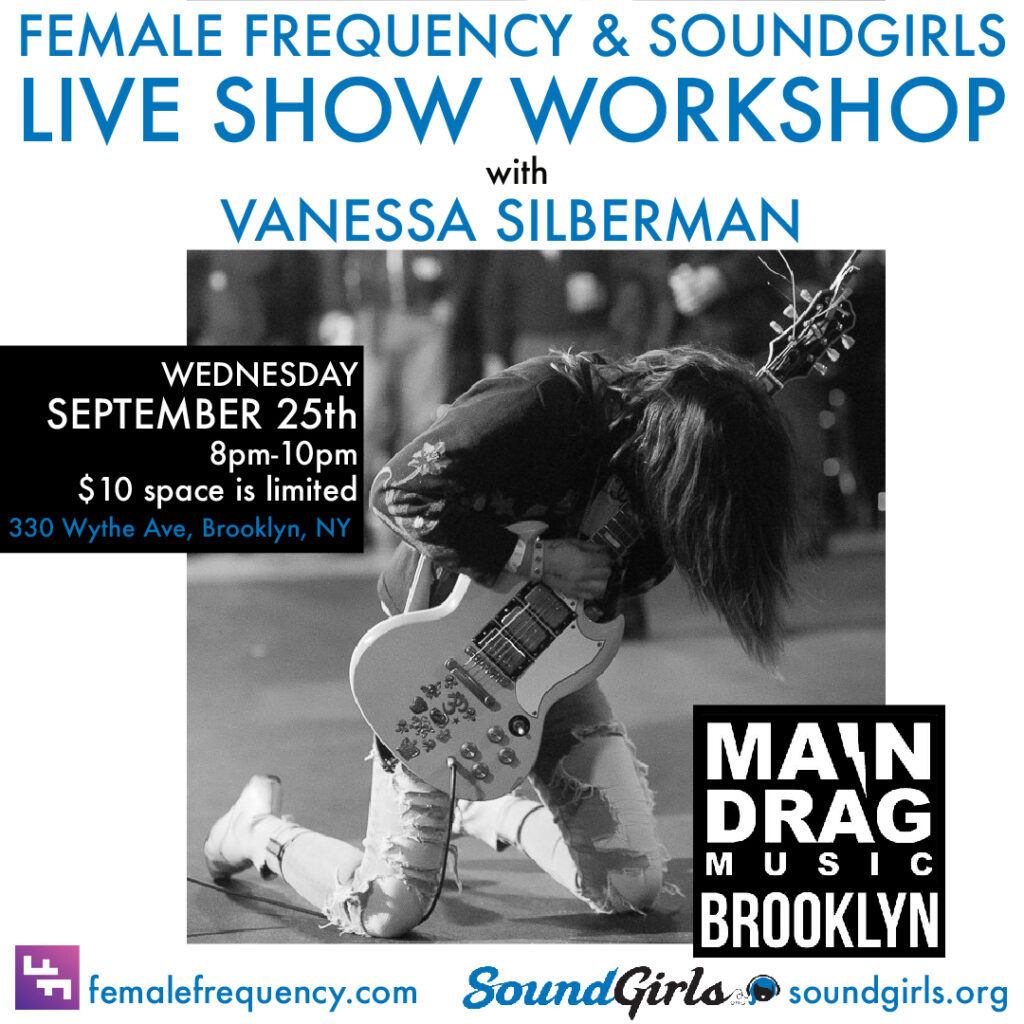