Rosana Cabán is a Puerto Rican-born, Brooklyn-based artist and music producer. As the drummer of the band Psychic Twin, she toured and performed in over 80 rock venues across the US and Canada opening for STRFKR, LadyHawke, the Generationals. Her production and mixing work has been released through Polyvinyl, Shore Dive, and DEATH BY SHEEP records and heard on podcasts and voice-overs for New York Times-reviewed theater. She was a Marble House Project artist in residency in 2018 and an Ace Hotel AIR in 2017. Rosana is an active member of Tom Tom Magazine’s Braintrust and is a graduate of Columbia University’s Sound Art MFA program. She works out of her recording studio in Greenpoint, Brooklyn. rosanacaban.com

Vanessa’s live shows and music has been compared to the raw bare bones rock ‘n roll of Nirvana along with the appeal of Liz Phair and Chrissie Hynde, the authenticity of classic artists such as Patti Smith and Neil Young mixed with the pop sensibilities of commercial radio artists such as Green Day and Metric.

Widely known for having a very strong DIY ethic and wearing many different hats in the music business —Vanessa has worked for heavy hitter’s in the music business such as Producer / Songwriter Dr.Luke as well as for many companies and places ranging from the Foo Fighter’s Studio 606 to Epitaph Records.
vanessasilbermanofficial.com
adiamondheartproduction.com 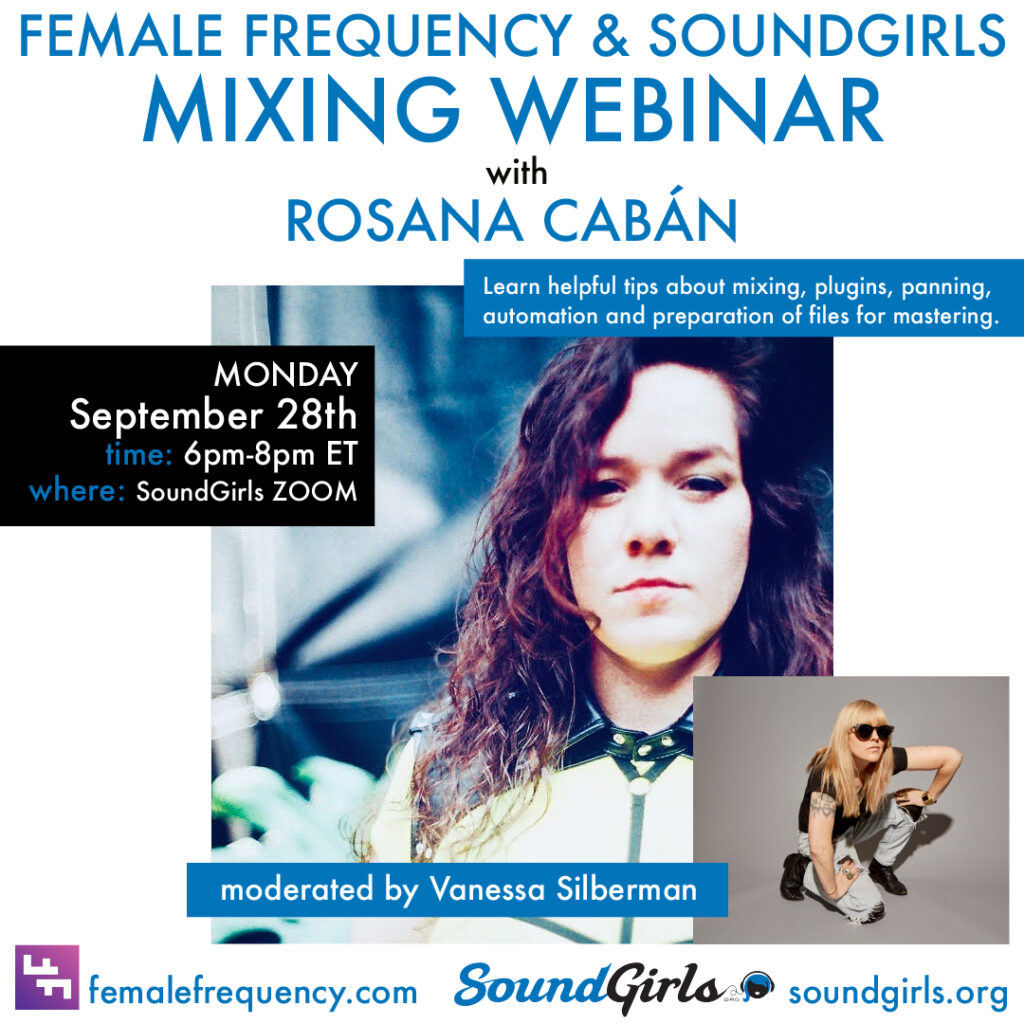