The AES student design competition is an opportunity for you to showcase your hardware design abilities to the wider audio community. But what makes a prize-winning design? Does it have to be complicated, unique, contain software, neural networks, or other esoteric components?

The purpose of this session is to present some ideas about what makes a design prize-worthy and answer some of your questions about it.

We will focus on an audio design that won a national design (UK) for its student inventor, along with a couple of other AES competition-winning ideas. Jamie Angus-Whiteoak will take the prize-winning design and break it down to show what it was about this design that made it “The best example of concurrent engineering that the judges had seen!”

From this, you will learn the basic principles behind design, and see what really matters for a prize-winning one. Surprisingly it might be simpler than you might have thought! 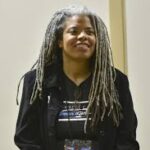 Leslie Gaston-Bird (AMPS, M.P.S.E.) is the author of the book “Women in Audio”, part of the AES Presents series and published by Focal Press (Routledge). She is a voting member of the Recording Academy (The Grammys®). Currently, she is a freelance re-recording mixer and sound editor and owner of Mix Messiah Productions specializing in 5.1 mixing. Prior to that, she was a tenured Associate Professor of Recording Arts at the University of Colorado Denver (2005-2018) where she also served as Chair of the Department of Music and Entertainment Industry Studies. She led groups of Recording Arts students in study abroad courses in England, Germany, and Italy which included participation in AES Conventions. Leslie has done research on audio for planetariums, multichannel audio on Blu-Ray, and a comparison of multichannel codecs that was published in the AES Journal (Gaston, L. and Sanders, R. (2008), “Evaluation of HE-AAC, AC-3, and E-AC-3 Codecs”, Journal of the Audio Engineering Society of America, 56(3)). 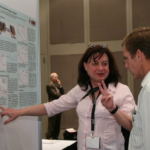 Jamie Angus-Whiteoak: Was a Professor of Audio Technology at Salford University. Her interest in audio was crystallized at age 11 when she visited the WOR studios in NYC on a school trip in 1967. After this, she was hooked and spent much of her free time studying audio, radio, synthesizers, and loudspeakers, and even managed to build some!

During secondary education in Scotland, she learned about valve (tube) circuits and repaired radios and televisions, as well as building loudspeakers from recovered components. Then at 17, she attended the University of Lethbridge in Alberta Canada. There, in addition to her studies in physics, music, computing, drama, philosophy, and English composition, she repaired their VCS3 synthesizer, and so obtained coveted access to the electronic music lab. She was also able to design her first proper loudspeakers and had a quadraphonic system in her 7’5” cube bedroom.

She studied electronics at the University of Kent (UK) doing her BSc and Ph.D. there from 1974 to 1980. During her undergraduate days, she designed and built a variety of audio circuits, added acoustic treatment to the student’s radio station’s studios, and designed and built an electronic piano. She also developed and built a complete AM stereo modulation system for her final year project. During her Ph.D. study, she became interested in A/D conversion, and worked on a sigma-delta approach, but had to give it up to concentrate on her Thesis topic of designing a general-purpose Digital Signal Processor with flexible arithmetic for finite field transforms. After her PhD she joined Standard Telecommunications Laboratories, which invented optical fibres and PCM. There she worked on integrated optics, speech coding, speech synthesis, and recognition in the early 80s, and invented a novel 32kBits speech coding method. She has been active in audio and acoustic research since then.

She was appointed as the BT Lecturer at the University of York in 1983, to develop the first integrated master’s (Meng) in Electronic and Communication Engineering in conjunction with British Telecom. She then co-created the UK’s first Music Technology course in 1986 when it was considered a “silly idea”!   At York, she developed courses on electronic product design and co-authored a book on it. She also created and supervised many design-orientated final year projects, and several of her students won national design awards for their work.

She is the inventor of; modulated, wideband and absorbing diffusers, direct processing of Super Audio CD signals, and one of the first 4-channel digital tape recorders. She has done work on signal processing, analogue circuits, and numerous other audio technology topics.

She has been active in the AES for 30 years and has been the paper’s co-chair for conventions as well as a judge for the student project and Matlab competitions.

She has been awarded an AES fellowship, the IOA Peter Barnet Memorial Award, and the AES Silver Medal Award, for her contributions to audio and acoustics.

For relaxation she likes playing drums and dancing, but not at the same time.