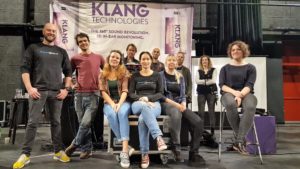 Arriving at the Doornroosje in Nijmegen, Holland, it’s hard not to be impressed by the fancy truck rotation lift and large modern venue spaces. Phil Kamp from Klang Technologies in Germany began the workshop by explaining the way we hear in 3D – essentially how the brain perceives the direction of sound from the change in amplitude of frequencies, and the time difference between our left and right ear.

3D or ‘binaural’ is not a new technology, but Klang is one of the first companies to bring a 3D in-ear monitoring product to the live music industry. They’ve made a good impression with many engineers and artists such as System of a Down and David Gilmore who have been using the system for their live shows, and Klang also won an award for Innovation at PLASA ’16 last year. 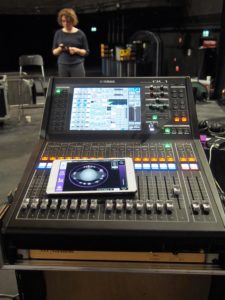 Phil spoke about how mixing in 3D gives the mix ‘room’, as signals don’t have to sit on top of each other and can have their space. Important signals, such as the lead vocal should be placed forward and slightly above in the field because the brain perceives signals coming from this direction as paramount. Not so important signals can be placed further back or to the side. Most surprisingly just moving the instrument ‘forward’ was enough to seemingly raise the level of the instrument, without changing the gain.

With the app projected onto a large screen, we were able to watch while listening to a multitrack on headphones to hear how the mix changed when instruments were moved around the 3D field. The app, available on smartphones, tablet, and iPad, is useful not only for the engineers but also to the artists to personally control their mix. I found it easy to control, aesthetically pleasing and intuitive.

Of course, not all new technology is entirely foolproof, so we also talked about latency and phase issues. Singers and brass players suffer the most when you are using a lot of digital processing, and Klang is not exempt from latency. However, Phil explained that the 3ms delay was not noticeable on its own because of the 3D effect, and techniques like doubling the channel can solve most latency issues if any. Phasing is also not an issue because Klang’s 3D software responds to the phase issues as the human ear would do it naturally by itself. The group had a lot of questions which I think Phil answered very well

After our induction to the world of 3D monitoring, Tjidde Luhrs stepped up to give us a talk on custom IEM monitors.Tjidde is a musician who has been touring for 12 years and runs a business providing custom molds and in-ear monitors with brands like Weston and Vision Ears. He debunked a lot of myths that I and many others perpetuated, for example, that more drivers equaled better sound and explained that achieving a good impression of the ear (the mold), is the most important part of making sure you get the right IEM’s. He bought some different samples for us to try with generic ear-buds and gave a lot of good professional advice. 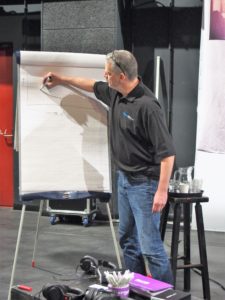 After a delicious lunch provided by the venue, it was then time for Marcel van Limbeek, to take to the stage, which soon went dark due to a power cut in the town. Luckily all the equipment Marcel needs to teach is a pen and a flip board, so we relocated to the venue’s cozy cafe with natural light to continue the lesson. Marcel has been a sound engineer for more than 25 years and is currently touring on monitors with Mel C. He began by introducing us to the basics of psychoacoustics, the Fletcher-Munson curve and how our ears are biased towards certain frequencies. We learnt about the importance of High Pass Filters and the less-is-more approach to eq because of phase distortion – something a lot of engineers including myself sometimes tend to forget.

He then gave us some great tips on timbre and how to avoid frequency masking when running monitors by using simple eq. Marcel prefers mixing IEMs to monitors because you can achieve more high-frequency detail.

With the power back on and running and after a little impromptu lesson on Dante from Phil, we decided to set up a band and experience in the Klang 3D mixing in action. With everyone on the same mix, members of the group took it in turns jamming on instruments and controlling the app. 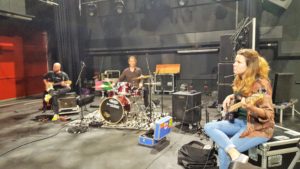 With multiple users being able to control the mix at the same time it got quite amusing as everyone wanted to experiment at the same time. After an hour or so of playing with the 3D monitoring and getting used to it, we switched the mix back to stereo to see the difference, and everyone was shocked how immediately squashed it sounded in comparison.

I have to admit, I had initial reservations about 3D in-ear monitoring, believing it was something of a novelty, like 3D TV, but hearing how big and clear it made a mix was astounding, and now I consider myself a total convert.

You can download the KLANG app for free on your phone or tablet, along with multi-tracks so you can hear for yourself how great it sounds.

Big thanks to Phil Kamp, Tjidde Luhrs and Marcel Van Limbeek for sharing their wisdom and to Doonroosje for hosting us. 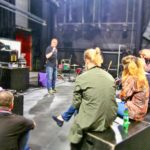 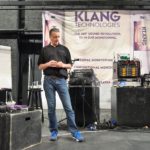 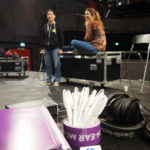 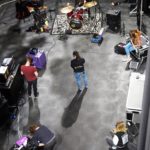 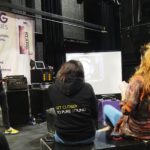 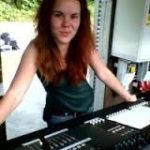 Hannah Brodrick Freelance Live Sound Engineer based in London. Starting out in local theatres, she gained knowledge of wireless systems, sound design, speaker systems; particularly D&B, and has operated as Sound No.1 for three musicals. Now with over eight years’ experience in live events, She mainly tours and works as a monitor engineer and rf technician, with the occasional theatre and corporate gigs. Hannah also heads up our Live Sound Chapter in Europe.