A Walk in the Park- Magali Couturier 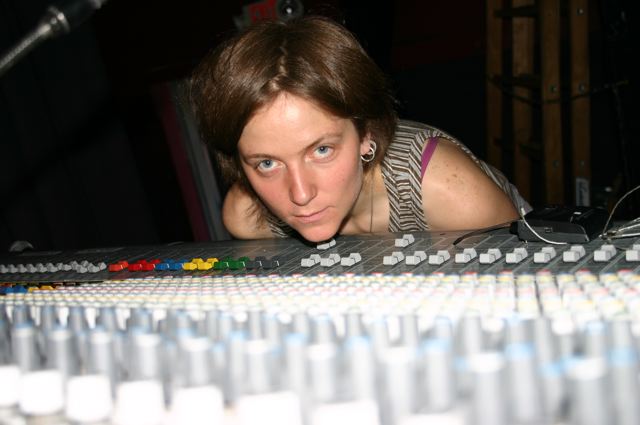 At the young age of sixteen, Magali Couturier happened upon a man setting up for a very small concert in a park. As she watched him set up a couple of tiny speakers, microphones, and equipment, she questioned him. After he finished explaining to her what he was doing, she asked him if that was a real job? When he replied yes she thought to herself that it sounded much more interesting than all of the jobs she had heard about before, and since she always had a love for music it might be worth pursuing.

Magali enrolled in a two-year technical school in France where she earned a degree specializing in sound for Television/Cinema, which she found to be rather useless. She moved to the UK at age 19 where Mags met a small UK audio company and got her start in the business. Some of the lessons she learned working for that company were; “(among how to make a proper cup of English tea!), perseverance, confidence, flexibility, multi-tasking, never to think you know it all, mix with your ears rather than your brain, how to load a truck, and how to lift things a lot heavier than my own weight.” She also picked up skills in accounting, bookkeeping, and payroll, dealing with clients and all sorts of management skills. 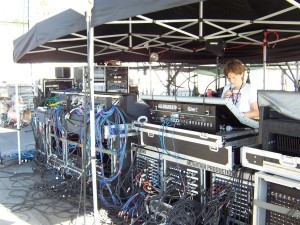 It paid off, and Mags has been working as an independent Monitor Engineer for 19 years. She’s toured with The Dandy Warhols, Rufus Wainwright, My Bloody Valentine, Gary Numan, Duffy, Nick Lowe, Natasha Beddingfield, Lila Downs, Mathew Herbert, and Camille and is soon starting with Marianne Faithfull. Mags occasionally does Production Management as well. Her first tour was with Nils Lofgren. Thrown in at the deep end, she ended up mixing monitors for her company. Mags also spent eleven months managing a US band but recalls that she would never want to do that again.

Mags has had some obstacles to overcome in her early days at the sound company- being foreign (French and working in the UK) young, and female. “There was this one guy who spent every gig we worked together re-doing what I was doing.” She dealt with it by being stubborn, persevering, and having faith in herself.   “However the boss of the company believed in me, and he didn’t treat me any different. Actually, he was a very hard boss/teacher, but he pushed me more than I would probably have been able to push myself.” Mags ended up working alongside her boss in running the company for years.

She started working for the Dandy Warhols in 1998 and would still return to the company to work in between tours.   Mags did this until 2004 when she became strictly a touring engineer. She now spends her downtime between tours working on her home, an ‘old ruin’ she bought nearly ten years ago in the French countryside. Mags still tries to work at least once a year with the old company, “not mixing but just loading trucks and moving gear around, to keep sane and grounded in this industry.” 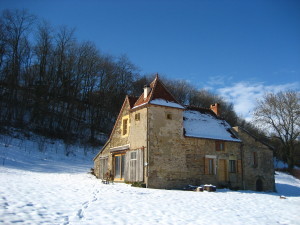 Mags loves the constant travel with touring, losing track of time and what day it is, as well as the diversity of the people, places, and culture she sees while on the road and enjoys ‘being a little part of bringing joy and entertainment to the world through music.”

The downside of being independent, however, is that “you never know when the next job is going to come.” The other difficult bits about touring for Mags are “saying goodbye to your touring pals when a tour is over, bad catering and the lack of a proper croissant and hot chocolate.”

Mags enjoys her alone time on days off, along with running, going to a museum or movie and “eating gorgeous food.” Her long-term goals include doing what she loves and loving what she does, and right now she wouldn’t change her job for anything in the world.

Advice to anyone wanting to enter the field of live sound reinforcement– “make sure you know the meaning of perseverance.’ Be flexible, open-minded, and have a good work ethic.”

Profile By Michelle Sabolchick Pettinato: A love for music, adventure, and traveling led Michelle to a career in live sound. She is a founder of SoundGirls and blogs about life on the road, and what it takes to succeed in live sound.